In "A New Historical Inscription of Sargon II from Karkemish," published in the Journal of Near Eastern Studies, Gianni Marchesi translates a recently discovered inscription of the Assyrian King Sargon II found at the ruins of the ancient city of Karkemish. The inscription, which dates to around 713 B.C., details Sargon's conquest, occupation, and reorganization of Karkemish, including his rebuilding the city with ritual ceremonies usually reserved for royal palaces in capital cities. The text implies that Sargon may have been planning to make Karkemish a western capital of Assyria, from which he could administer and control his empire's western territories.

The cuneiform inscription was found on fragments from three different clay cylinders in 2015 as part of the Nicolò Marchetti-led Turco-Italian Archaeological Expedition at Karkemish. Now in ruins, the site is located on the Euphrates river on the border between present day Syria and Turkey.

Sargon II and dignitary. Low-relief from the L wall of the palace of Sargon II at Dur Sharrukin in Assyria (now Khorsabad in Iraq), c. 716–713 BC. 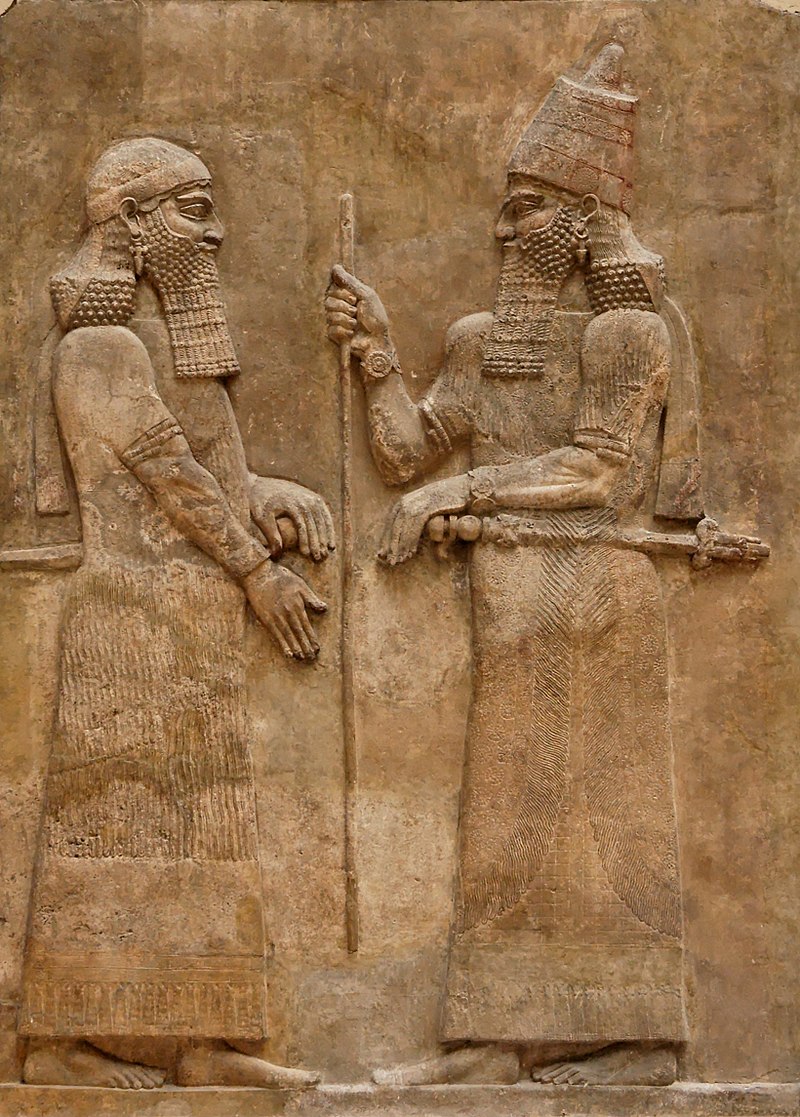 Marchesi analyzed and translated the total of thirty-eight lines of partially broken Akkadian text, using reference material, academic literature and other inscribed Assyrian artifacts as reference points for filling in the gaps. The lines of text ranged from two-thirds complete to much less, and no line of text was completely intact.

"Even so, we can grasp much of the original text, which turns out to be very informative," Marchesi writes. "In fact, unlike other Sargon cylinders, which contain relatively standard 'summary' inscriptions or annalistic accounts of the events of Sargon's reign, the Karkemish Cylinder provides us with a completely new inscription, dealing almost exclusively with the newly conquered city on the Euphrates in a highly-elaborated, literary style."

Map of Syria in the second millennium BC, showing the location of Carchemish, or "Karkemish." 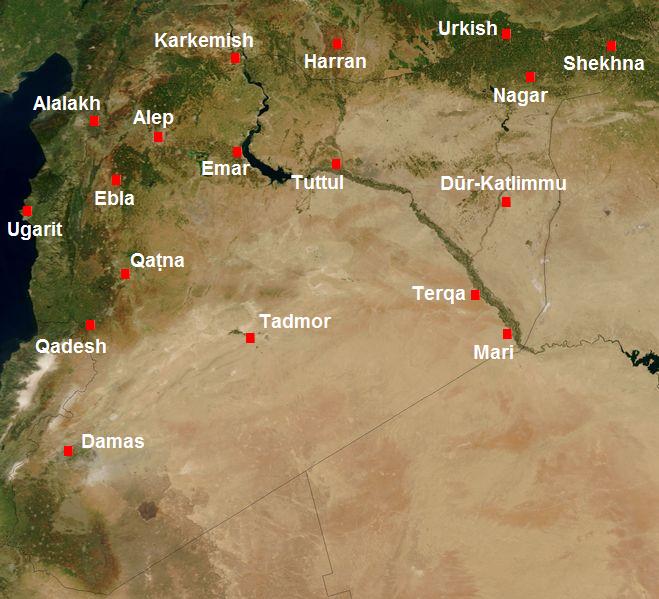 
In the inscription, Sargon tells of the "betrayal" of Pirisi, the Hittite King of Karkemish who exchanged hostile words about Assyria with its enemy, King Midas of Phrygia. Sargon invades Karkemish, deports Pisiri and his supporters, destroys his palace, seizes his riches as booty and incorporates Pisiri's army into his own. He resettles the city with Assyrians. Having previously blocked the water supply to Karkemish, the meadows "let go fallow, like a wasteland," Marchesi translates, he now reactivates the irrigation system, planting orchards and botanical gardens. "I made the scent of the city sweeter than the scent of a cedar forest."

He also details an inauguration ceremony where he received gifts from Assyrian provinces and sacrifices them to deities. "My lords the gods Karhuha and Kubaba, who dwell in Karkemish, I invited them into my palace," Marchesi translates. "Strong rams of the stable, geese, ducks and flying birds of the sky I offered before them."

Marchesi was struck by the attention that Sargon paid to Karkemish, in particular the elaborate inauguration ceremony and construction of botanical gardens, both indicative not of a typical provincial capital but of a royal palace.

"Because of its glorious past and strategic position, Karkemish was fully entitled to become a sort of western capital of the Assyrian Empire: a perfect place in which to display the grandeur of Assyria, and from which to control the western and north-western territories of the empire," Marchesi writes.

This vision of Karkemish was short-lived, however. Though much care was taken to detail the city's rise in these texts, the city is not mentioned in any known inscriptions of Sargon's successors.

"The unthinkable, ominous death of Sargon on the battlefield in Tabal probably prevented this project from being accomplished, and negatively marked the destiny of Karkemish itself, which no longer attracted the interest of Assyrian kings who followed after him," Marchesi writes.