Introducing The Strangest Crustacean, the Platypus of Crabs: A Perplexing Chimera

The discovery of the Cretaceous era creature called the "Platypus of Crabs", and dubbed for a beautiful and perplexing chimera, meet Callichimaera perplexa.
The "cute" crab has put science in a temporary tizzy. One of a bunch of new crab family cousins, includes Callichimaera perplexa, a strange 95-million-year-old species that is making scientists rethink the definition of a crab — and perhaps the disparate ways animals evolve over time.

Artistic reconstruction of Callichimaera perplexa: The strangest crab that has ever lived. 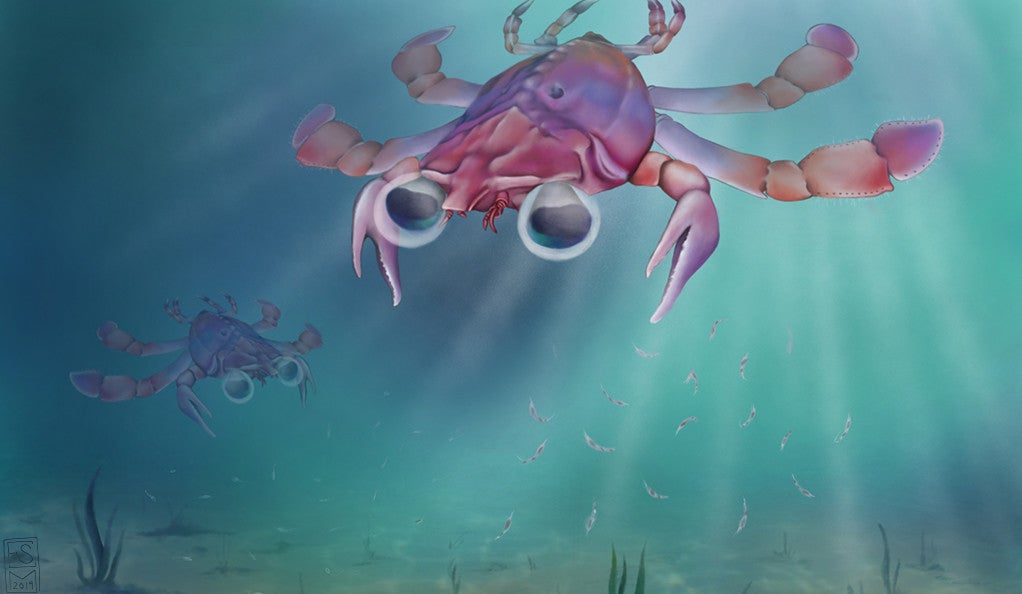 An international team of researchers led by Yale paleontologist Javier Luque announced the discovery of hundreds of exceptionally well-preserved specimens from rock formations in Colombia and the United States that date back to the mid-Cretaceous period of 90-95 million years ago. The cache includes hundreds of tiny comma shrimp fossils, with their telltale comma-esque curve; several carideans, which are the widely found “true” shrimp; and an entirely new branch of the evolutionary tree for crabs.

A study about the discovery appears in the April 24 online edition of the journal Science Advances.

Javier Luque poses with Callichimaera perplexa — a 95-million-year-old species that will force scientists to rethink the definition of a crab. 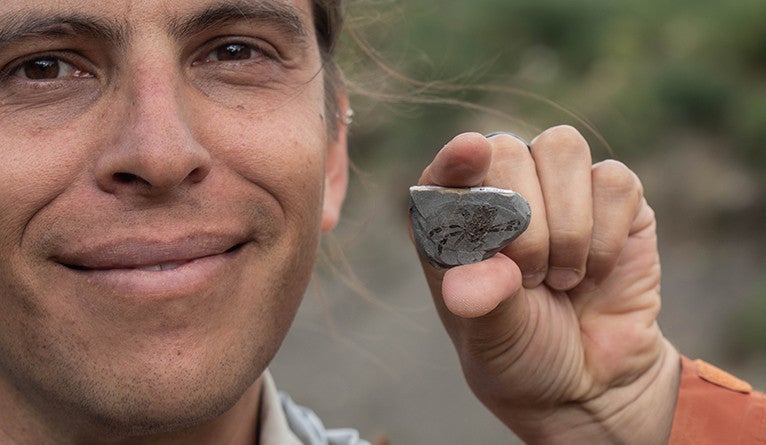 The most intriguing discovery, according to the researchers, is Callichimaera perplexa, the earliest example of a swimming arthropod with paddle-like legs since the extinction of sea scorpions more than 250 million years ago. The name derives from the chimera, a mythological creature that has body features from more than one animal. Callichimaera’s full name translates into “perplexing beautiful chimera.”

Callichimaera is about the size of a quarter. Its “unusual and cute” appearance, Luque notes — large compound eyes with no sockets, bent claws, leg-like mouth parts, exposed tail, and long body — are features typical of crab larvae from the open sea. This suggests that some ancient crabs may have retained a few of their larval traits into adulthood, amplified them, and developed a new body architecture. This is an evolutionary process called “heterochrony.”

“Callichimaera perplexa is so unique and strange that it can be considered the platypus of the crab world,” said Luque. “It hints at how novel forms evolve and become so disparate through time. Usually we think of crabs as big animals with broad carapaces, strong claws, small eyes in long eyestalks, and a small tail tucked under the body. Well, Callichimaera defies all of these ‘crabby’ features and forces a re-think of our definition of what makes a crab a crab.”Endless forms most beautiful: the diversity of body forms among crabs, including the enigmatic 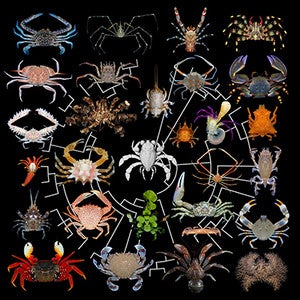 Luque also noted the significance of making the discovery in a tropical region of the world. There are fewer researchers actively looking for fossils in the tropics, he said, and the amount of ground cover and thick vegetation of tropical forests make access to well-exposed rocks more challenging.

“It is very exciting that today we keep finding completely new branches in the tree of life from a distant past, especially from regions like the tropics, which despite being hotspots of diversity today, are places we know the least about in terms of their past diversity,” Luque said.

Watch the video below to see an animated, three-dimensional recreation of the puzzling mid-Cretaceous crab that forces a rethink of what a crab is.
Video credit: Daniel Ocampo R., Vencejo Films,and  Javier Luque, Yale University [images]; animation and 3D reconstruction by Alex Duque)