Paleontologists at Ohio University have discovered a new species of meat-eating mammal larger than any big cat stalking the world today. Larger than a polar bear, with a skull as large as that of a rhinoceros and enormous piercing canine teeth, this massive carnivore would have been an intimidating part of the eastern African ecosystems occupied by early apes and monkeys.

In a new study published in the Journal of Vertebrate Paleontology, the researchers name Simbakubwa kutokaafrika, a gigantic carnivore known from most of its jaw, portions of its skull, and parts of its skeleton. The 22-million-year-old fossils were unearthed in Kenya decades ago as researchers canvassed the region searching for evidence of ancient apes. Specimens were placed in a drawer at the National Museums of Kenya and not given a great deal of attention until Ohio University researchers Dr. Nancy Stevens and Dr. Matthew Borths rediscovered them, recognizing their significance.

Simbakubwa kutokaafrika was a carnivore that lived about 22 million years ago. 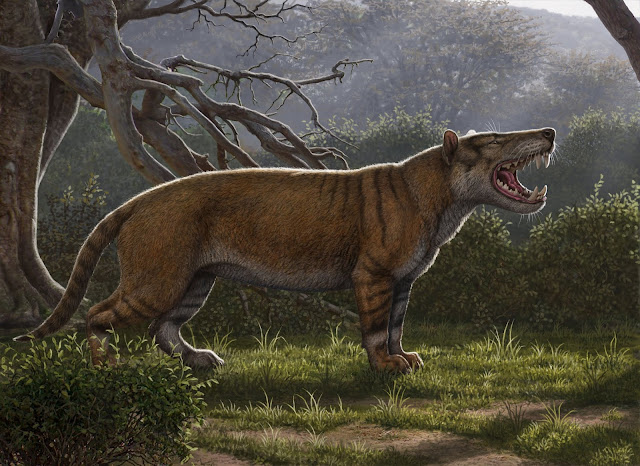 
“Opening a museum drawer, we saw a row of gigantic meat-eating teeth, clearly belonging to a species new to science,” says study lead author Borths. Borths was a National Science Foundation Postdoctoral Research Fellow with Stevens in the Department of Biomedical Sciences at Ohio University when the research was conducted, and is now Curator of the Division of Fossil Primates at the Duke Lemur Center at Duke University.

Simbakubwa is Swahili for “big lion” because the animal was likely at the top of the food chain in Africa, as lions are in modern African ecosystems. Yet Simbakubwa was not closely related to big cats or any other mammalian carnivore alive today. Instead, the creature belonged to an extinct group of mammals called hyaenodonts. 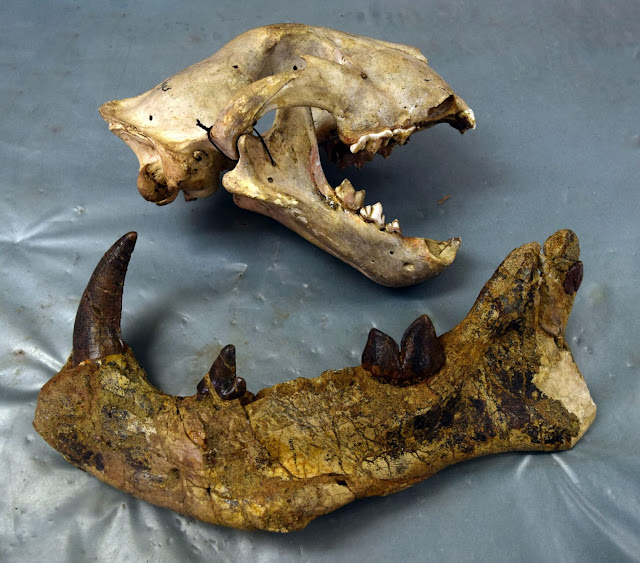 Hyaenodonts were the first mammalian carnivores in Africa. For about 45 million years after the extinction of the non-avian dinosaurs, hyaenodonts were the apex predators in Africa. Then, after millions of years of near-isolation, tectonic movements of the Earth’s plates connected Africa with the northern continents, allowing floral and faunal exchange between landmasses. Around the time of Simbakubwa, the relatives of cats, hyenas, and dogs began to arrive in Africa from Eurasia.

As the relatives of cats and dogs were going south, the relatives of Simbakubwa were going north. “It’s a fascinating time in biological history,” Borths says. “Lineages that had never encountered each other begin to appear together in the fossil record.” 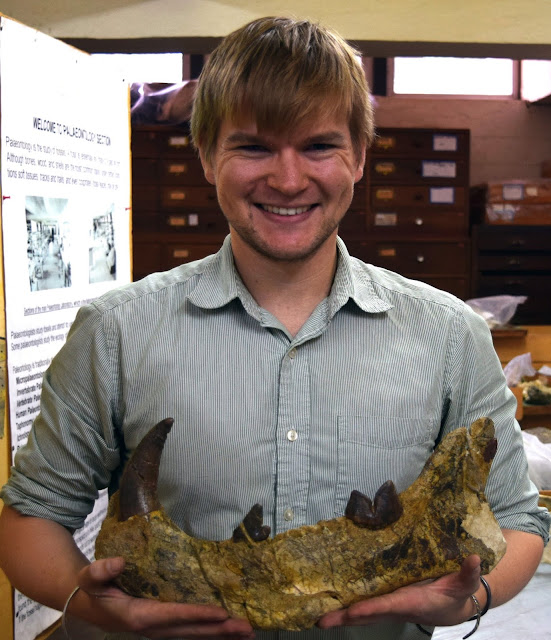 
The species name, kutokaafrika, is Swahili for “coming from Africa” becauseSimbakubwa is the oldest of the gigantic hyaenodonts, suggesting this lineage of giant carnivores likely originated on the African continent and moved northward to flourish for millions of years.

Simbakubwa kutokaafrika was a carnivore that lived about 22 million years ago. 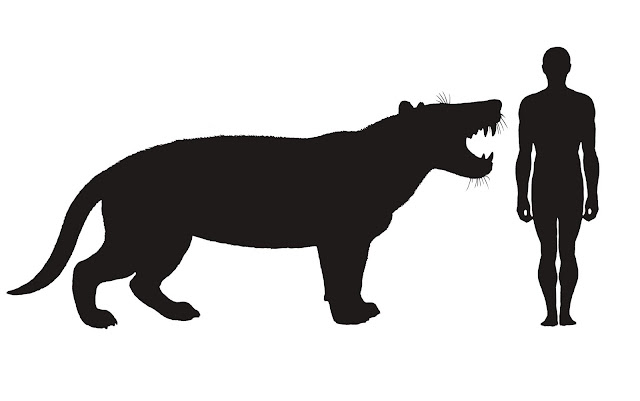 “This is a pivotal fossil, demonstrating the significance of museum collections for understanding evolutionary history,” notes Stevens, Professor in the Heritage College of Osteopathic Medicine at Ohio University and co-author of the study. “ Simbakubwa is a window into a bygone era. As ecosystems shifted, a key predator disappeared, heralding Cenozoic faunal transitions that eventually led to the evolution of the modern African fauna.”

“This discovery underscores both the importance of supporting innovative uses of fossil collections, as well as the importance of supporting the research and professional development of talented young postdoctoral scientists like Dr. Borths,” said Daniel Marenda, a program director at the National Science Foundation, which funded this research. “This work has the potential to help us understand how species adapt – or fail to adapt in this case – to a rapidly changing global climate.”