Fish Warn Friends and Family but Not Strangers to Dangers

Wild fish purposely alert familiar fish to perils and predators with urea and other chemicals.

Fish warn each other about danger by releasing chemicals into the water as a signal, research by the University of Saskatchewan (USask) has found.

The USask researchers discovered that wild fish release chemicals called 'disturbance cues' to signal to other fish about nearby dangers, such as predators.

Fathead minnows engage in normal feeding behaviour until they sense chemicals indicating danger from others, causing them to shoal tightly together. 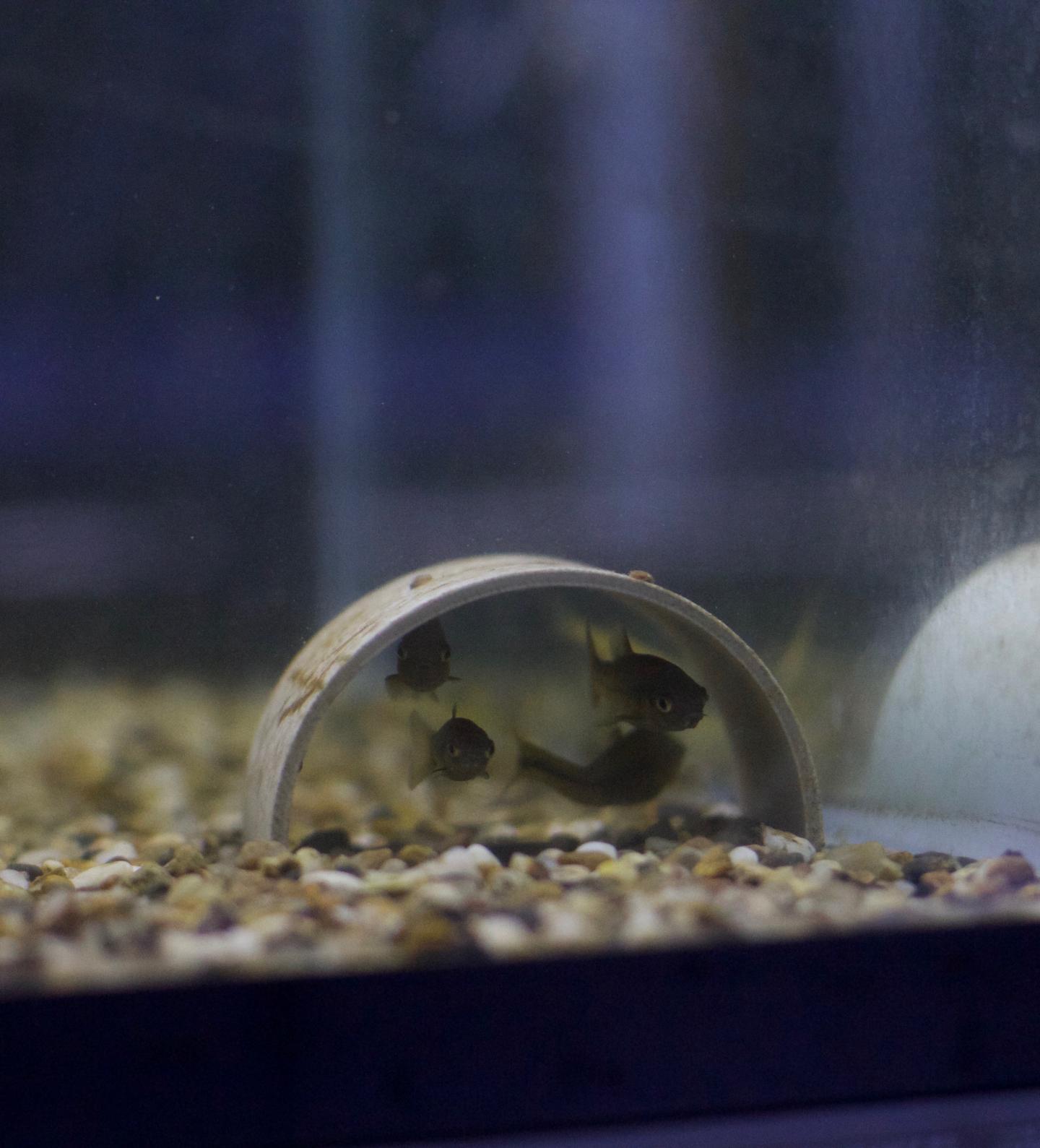 Credit: Katherine Fedoroff.
The findings may have implications for fish conservation efforts across the globe.

"Disturbance cues may help to explain why some fish populations crash after they decline past a certain point," said Kevin Bairos-Novak, a graduate student member of the research team.

While researchers have been aware that fish release chemicals into the water for 30 years, this is the first time their use has been studied.

The findings, involving researchers from the USask biology department and the Western College of Veterinary Medicine, are published in the Journal of Animal Ecology.

The signals provoked a 'fright response' in fish they knew, including freezing, dashing about and then shoaling tightly together. Fish use this behavior to defend themselves against predators.

"When minnows were present alongside familiar minnows, they were much more likely to produce signals that initiated close grouping of nearby fish, a strategy used to avoid being eaten by predators," said Bairos-Novak, who is now at James Cook University, Australia.

Disturbance cues are voluntarily released by prey after being chased, startled or stressed by predators.

One of the main constituents of the signal is urea, found in fish urine.

Fathead minnows, caught at a lake, were placed in groups with familiar fish, unfamiliar fish or as isolated individuals. The research team then simulated a predator chase. The fish responded by shoaling, freezing and dashing when they received a signal from a group they knew. But they did not take significant defensive action when receiving cues from unfamiliar fish or isolated minnows.

Disturbance cues are voluntarily released by prey after being chased, startled or stressed by predators.

"It is exciting to discover a new signaling pathway in animals," said Maud Ferrari, Bairos-Novak's supervisor and a behavioral ecologist in the veterinary college's Department of Veterinary Biomedical Sciences. "We found that fish are able to manipulate the behavior of other individuals nearby by issuing a signal."


The research was funded by the Natural Sciences and Engineering Research Council of Canada (NSERC).