The Gulf Coast is still suffering from the Deepwater Horizon oil spill and full recovery may take another 10 years or more.

Nine years ago on April 20, 2010, crude oil began leaking from the Deepwater Horizon drilling rig into the Gulf of Mexico in what turned out to be the largest marine oil spill in history. A long-term study suggests the oil is still affecting the salt marshes of the Gulf Coast, and reveals the key role that marsh grasses play in the overall recovery of these important coastal wetlands. 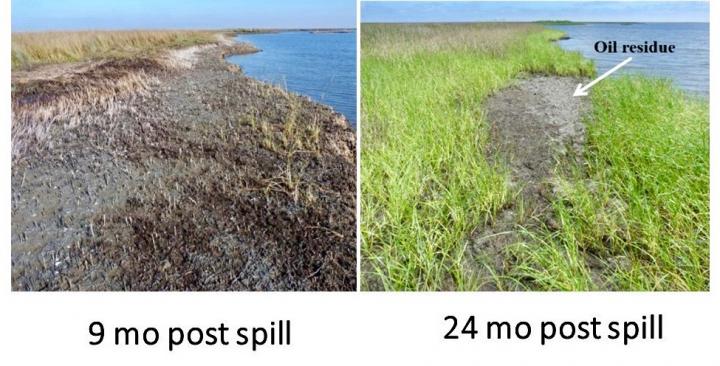 Conducting the study was a multi-institutional research team funded in part by the Gulf of Mexico Research Initiative, a 10-year independent program established through a $500 million financial commitment from BP. The team began sampling soon after the spill was finally contained, and continue their work today. Their most-recent article--in Estuaries and Coasts--reports on the first six and a half years of sampling post-spill.

Johnson, an assistant professor at VIMS and expert in salt marsh invertebrates, says "Our study highlights the crucial role that plants play in the recovery of important links in the Gulf of Mexico's coastal food web." Those links ultimately connect to the fish and shellfish that support the region's economy and culture.


Dr. Sean Graham of Nicholls State (L) prepares to sample the marsh soil within a Louisiana salt marsh as his students work in the background. 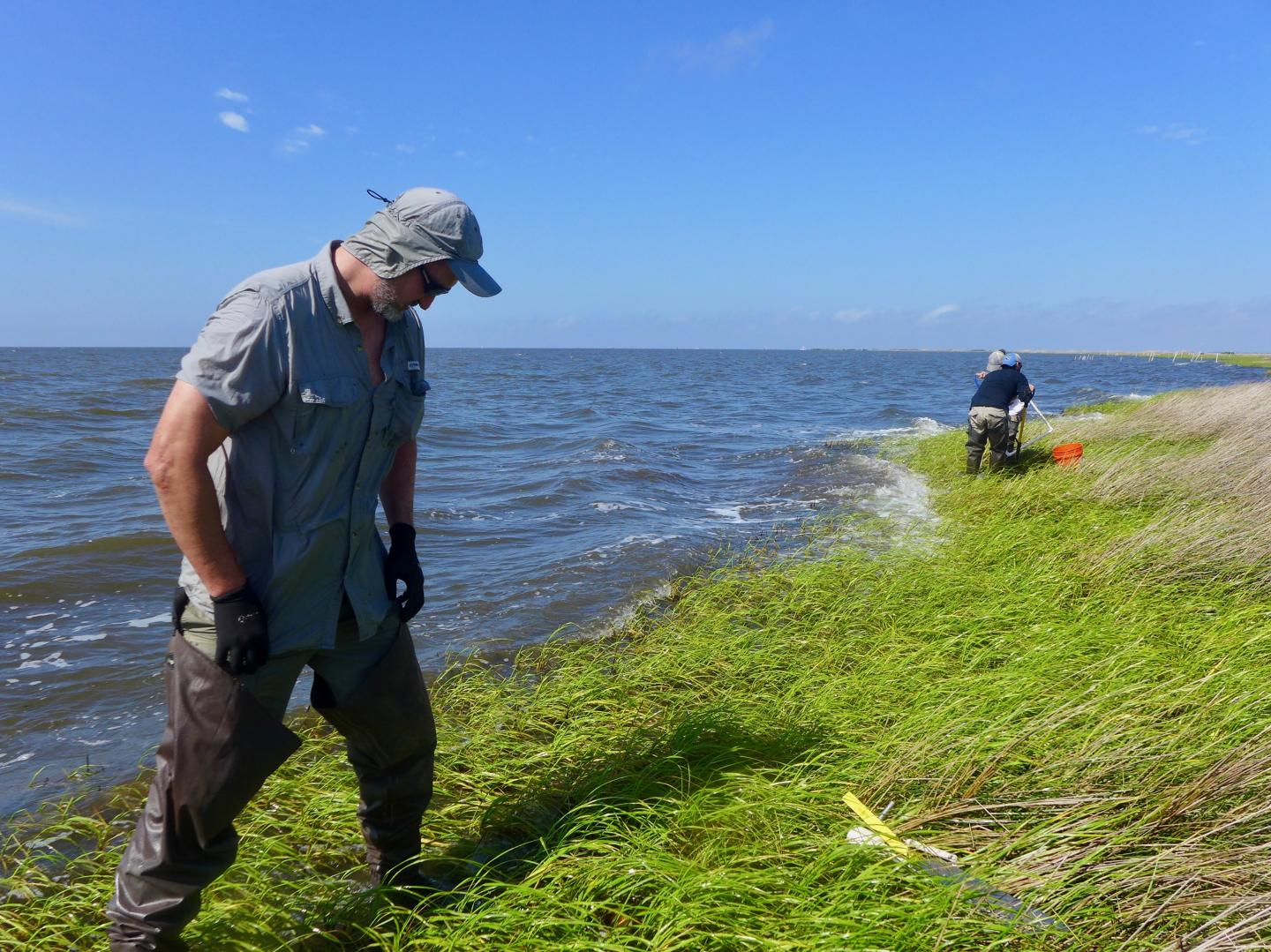 The team studied these organisms by measuring their abundance and biomass in heavily oiled, moderately oiled, and oil-free areas of Louisiana's Barataria Bay, using both surface plots and shallow cores. Sampling took place at roughly 6-month intervals between 2011 and 2016.

The researchers' early sampling showed that nearly all the plants in heavily oiled areas died, while benthic microalgae and burrowing invertebrates suffered significant reductions. Their later sampling showed that marsh recovery was led by benthic microalgae and Spartina--which began to show significant above-ground growth within two to three years.

Importantly, it was only after Spartina started its comeback that recovery of the invertebrate community began in earnest. "Plants are the foundation of salt marshes," explains Johnson. "Marsh grasses facilitate colonization by burrowing invertebrates; fuel the food web, provide animal habitat, bind the soil, and slow water flow. Without plants there is no marsh, and there is no marsh recovery following a spill without plants leading the way."

If you plant it, they will come

The team's findings have important implications for responding to any future spills. Fleeger says "our findings indicate that mitigation strategies for any future spills should include the planting of foundation species such as Spartina."

A slow road to full recovery

Tempering the promise of marsh recovery via planting of grasses such as Spartina is the team's discovery that heavily oiled marsh sites remained less healthy than moderately oiled and oil-free sites more than 6 years after the Deepwater Horizon spill. Heavily oiled sites still had elevated concentrations of oil and its breakdown products, and showed slower growth of black needlerush, lower production of plant detritus and below-ground organic matter, and altered soil density. Populations of worms, juvenile snails, and other small invertebrates had also failed to fully recover.

Particularly troubling was the continued rarity of the polychaete worm Manayunkia aestuarina. One of the most abundant single species in the invertebrate community, this tube dweller is important to the health of marsh sediments, and plays a key role in the marsh food web as a major prey item for crabs, shrimp, and fish. "The near absence of this species could indicate significant alteration of ecological function at heavily oiled sites," says Johnson. 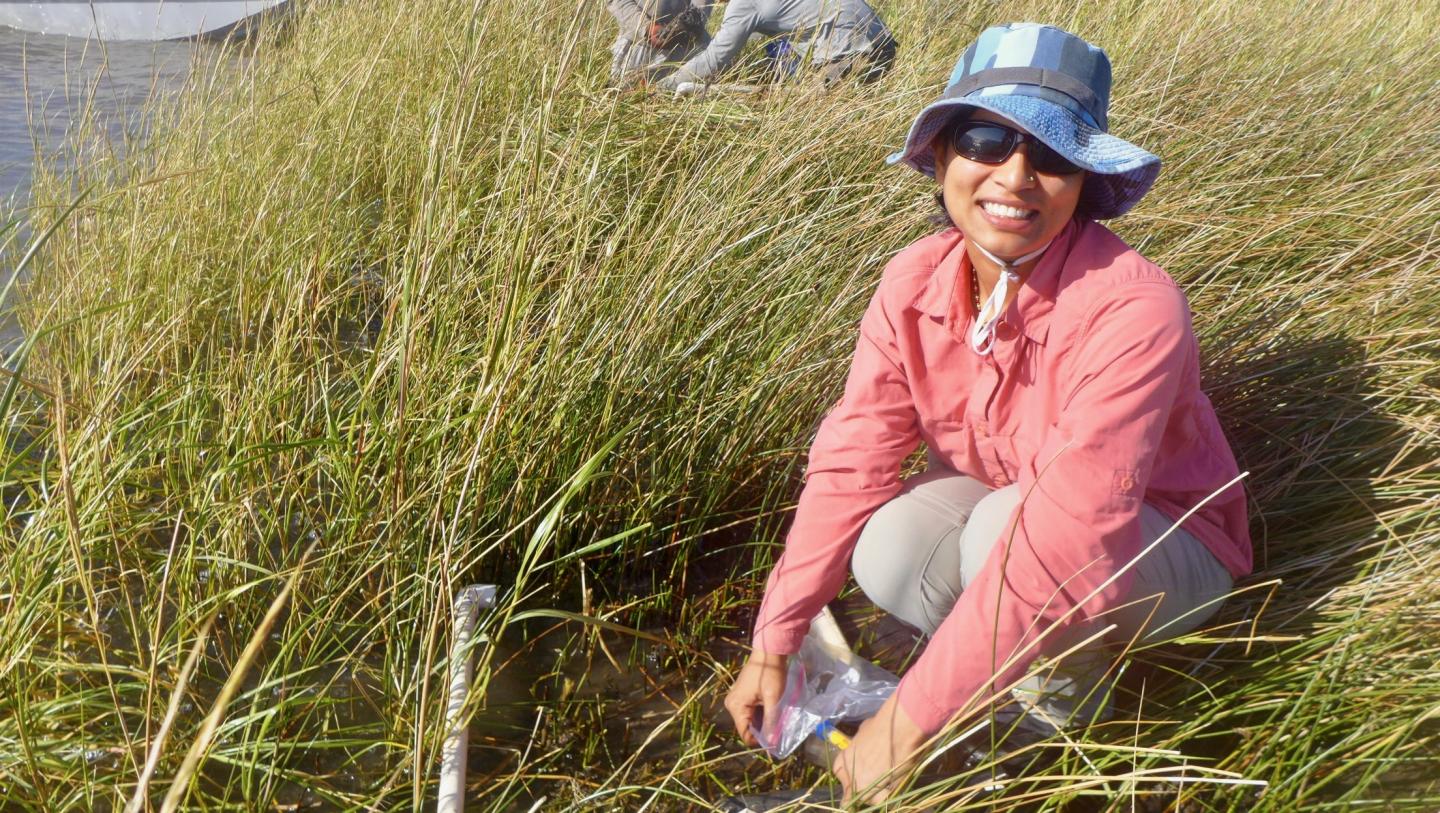 Also troubling is that projecting the observed pace of mash recovery into the future suggests that complete recovery at moderately and heavily oiled sites will likely take much longer than a decade. This is slower than reported in many previous studies of oil spills and their impacts on the marsh community.

"Previous work shows that oil spills in salt marshes can impact bottom-dwelling invertebrates for more than four decades," says Fleeger. "Long-term exposure to oil and its breakdown products may also decrease the sensitivity and resilience of these organisms to future spills," he adds.

On a brighter note, a previous study by Johnson and colleagues suggests that fertilization of Spartina plantings can enhance growth of both its stems and roots, thus aiding marsh recovery in the long term. "We're starting to see the salt marsh in the Gulf of Mexico rebound," says Johnson, "but it will likely be a decade or more before we see complete recovery."

This study was made available online in August 2018 ahead of final publication in print in January 2019.