Bats Hear in 3D Similar to Sense of Sight

The echolocation of animals uses information similar to our sense of sight to recognize spatial structures.

The echolocation of bats, despite the different anatomy of the eyes and ears, uses information about three-dimensional spatial structure, as well as the sense of sight. Scientists at the Max Planck Institute for Ornithology in Seewiesen and the Ludwig-Maximilians-University Munich show in a new study that echoes contain information that allows the animals to differentiate different structured surfaces from each other. For example, a fidgety prey stands out acoustically even on a moving water surface for the bats.

The water bats owes their German name to their hunting behavior. In addition to creepy-crawlies, she also likes to taste small fish. 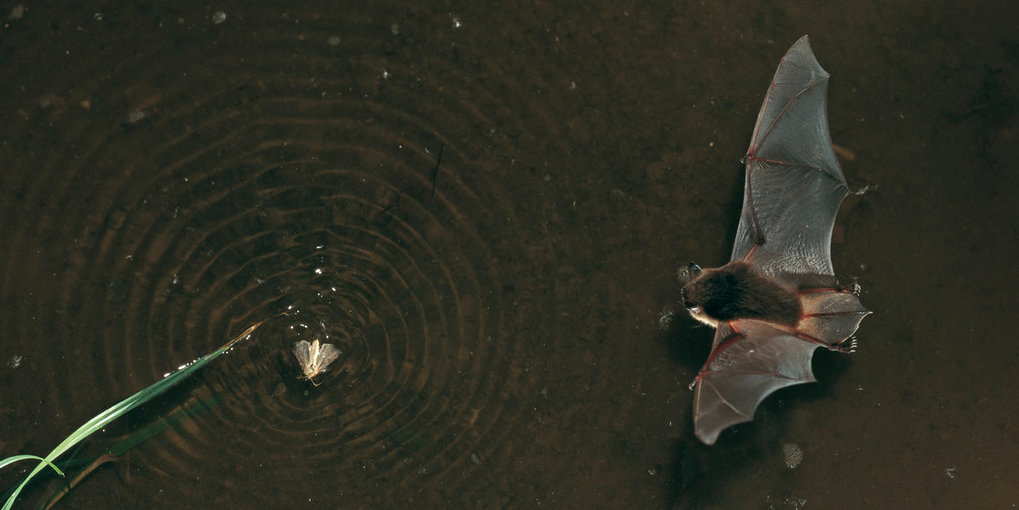 Echo-locating bats have turned night into day. They sonicize their environment with loud ultrasonic calls and listen for reflected echoes. Over a thousand species of bats occupy all imaginable food niches, from mosquito hunters to nectar lickers to fishing bats. If bats hunt close to a background, they must hear the prey echo from a multitude of reflected echoes - the needle in the haystack.

However, why hunting close to the surface of the water, as for example water and pond bats do, is an advantage, explains Holger Goerlitz, head of the research group Acoustic and Functional Ecology at the Max Planck Institute for Ornithology in Seewiesen: "A smooth, still Water surface acts acoustically like a mirror: at the same angle as the sound strikes the surface, it is also reflected. In our case, mainly away from the bat, as it calls obliquely down-front on the water. However, a drifting insect reflects sound back directly to the bat, as a single striking booty echo amidst silence. "But what happens if the water surface is not mirror-smooth? Finally, bats hunt in wind and rain or over flowing waters.

The scientists have recreated three-dimensional "still images" of water waves. The bats should then distinguish in the dark the flat disc in the middle of each one of the other discs. The animals find this task easier if the discs carry many and high waves - just like humans, if they had to solve a corresponding task visually. 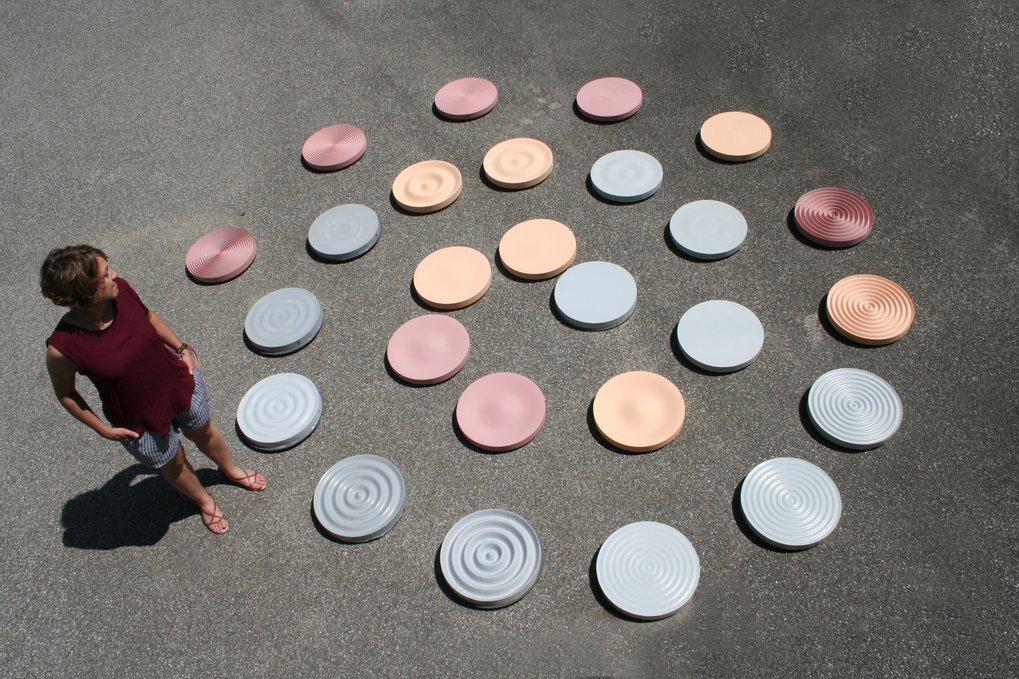 Many aquatic predators such as leeches, spiders or amphibians can perceive the three-dimensional structure of water waves and thus distinguish them from prey. For Lutz Wiegrebe from the Biozentrum of the Ludwig-Maximilians-Universität, the question arose as to whether echolocation bats only perform this function with their sense of hearing. This is a real challenge, because it only has to be calculated by comparing the incoming signals at the left and right ear, from which direction the sound arriving at the eardrum of both ears originally comes: "If a noise comes from the left, it gets louder in the left ear and earlier than on the right, "says Leonie Baier, first author of the study. "And when a noise comes from the front, it sounds a little bit different than from the back. This is what the earcups are made of. "Bats also calculate distances:

In order to get to the bottom of the question of the perception of spatial structure, Baier taught her bats to distinguish a smooth surface from a rippled surface - in the dark, so only with the help of echolocation. It turned out that the animals were much better at detecting corrugated surfaces when they had a high spatial frequency, ie many waves on a narrow surface. Then they could even see waves of only about one to two millimeters high.

However, if the spatial frequency was very low, with only a few waves across the surface, the animals could not detect a difference between the smooth and the rippled surfaces, even if the waves were over three inches high. In comparison to natural conditions, scientists interpret their results as that gentle background waves, such as those created by wind, are virtually invisible to the bats. In contrast, a prey wriggling in the waves catches the eye - or rather, in the ear.

Similarities between hearing and visual sense

"Comparing the sensitivity of echolocation for spatial frequencies with that of the human sense of sight produces astonishing parallels," explains Lutz Wiegrebe. But because the anatomy of the eye and ear are fundamentally different, the researchers went in search of the mechanism that could be behind the performance of the bats. On the computer they simulated the neural activity as it exists in the auditory nerve of the animals. In fact, they found that the echoes contain a lot of information to distinguish differently structured surfaces. Holger Goerlitz summarizes: "We were able to show that mere physical properties of surface structures provide the hearing system with information that the visual system uses to process spatial information."