Analysis of human remains from a Pre-Roman Celtic cemetery in Italy shows variations in funerary treatment between individuals that could be related to social status, but these variations were not reflected by differences in their living conditions.

Archeological and written evidence have provided scant insight into social organization among the Cenomani Gauls, Celtic people who began to spread into Northern Italy in the 4th century BC. In a preliminary step to address this knowledge gap, Laffranchi and colleagues analyzed remains from Verona - Seminario Vescovile, a Cenomani burial site that was used between the 3rd and 1st centuries BC.

Localization of main Celtic necropolises of Italy and examples of burials from SV. 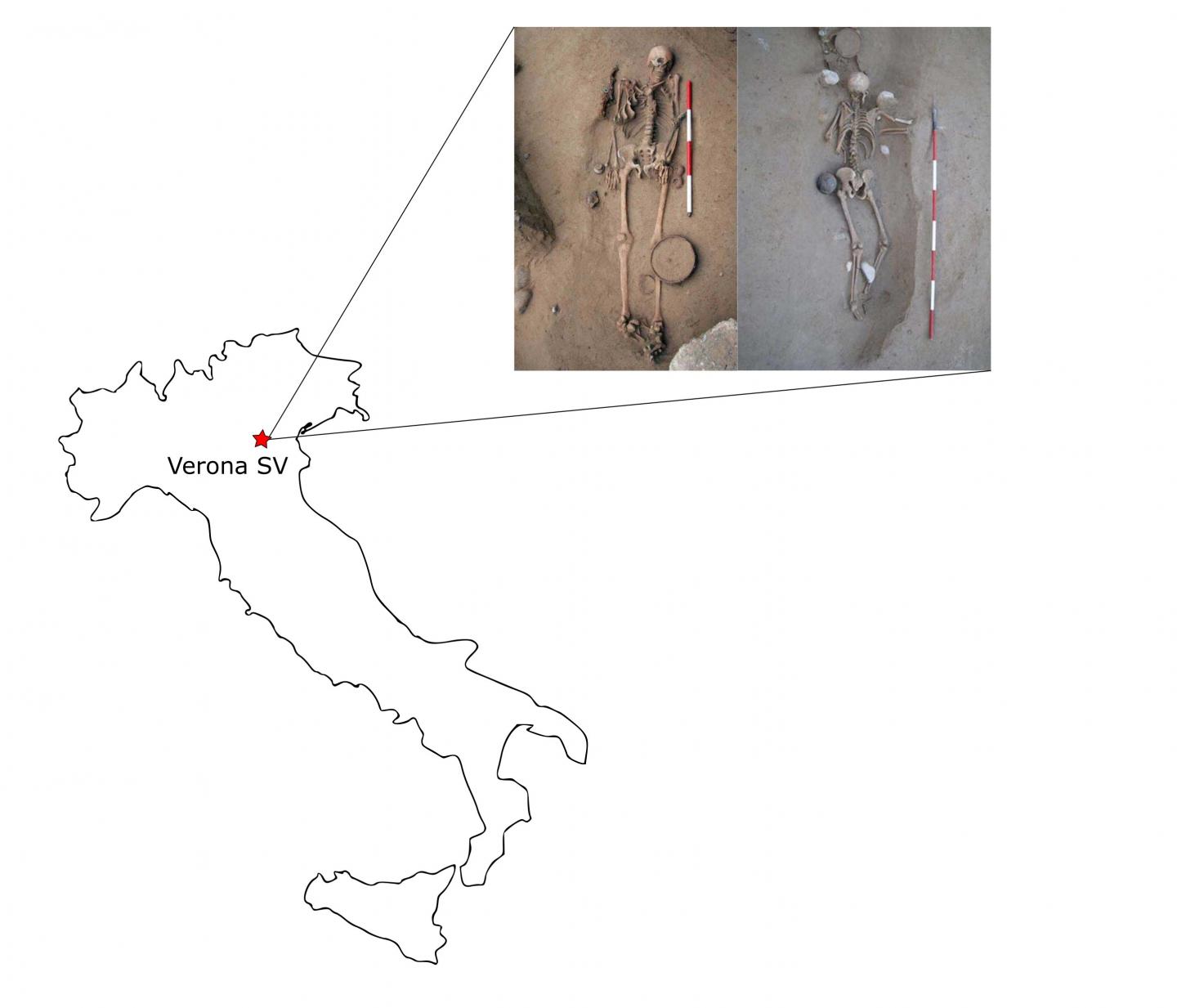 Zita Laffranchi of Universidad de Granada, Spain, and colleagues presented these new findings in the open access journal PLOS ONE on April 17, 2019.

Seminario Vescovile features some variety in funerary approaches. Some individuals were buried face up, face down, or on their sides; some with animals; and some with varying amounts and types of objects, such as pottery and decorations. Focusing on 125 individuals buried at the site, the researchers set out to explore links between funerary treatment, age, sex, and diet--the first such study for Cenomani Gauls.

Bone analysis revealed different carbon and nitrogen isotope levels between sexes, indicating that men and women at Verona-Seminario Vescovile had different diets. Tooth analysis suggests that the population had higher rates of dental enamel defects than did other Pre-Roman and Celtic groups of the Italian Peninsula, pointing to higher physiological stress levels during childhood.

The researchers were surprised to find no differences between sexes in funerary treatment. They also found no links between funerary differences and isotope measurements or enamel defects. Increased age was somewhat related to increased number of grave objects, but age and burial position were not linked. These findings suggest the existence of weak social differentiation that could have influenced funerary treatment, but that, apart from different diets for men and women, individuals in the group shared similar living conditions.

The authors conclude that the individuals they analyzed were likely members of a homogeneous and potentially low-status group within the original population. Still, they call for extensive additional research to clarify the implications of their findings.

The authors add: "This is the first combined study of diet, developmental stress, and funerary patterns in a Celtic community from the Italian peninsula: the little known Cenomani (North-Eastern Italy)."