A woman in Scotland can feel virtually no pain due to a mutation in a previously-unidentified gene, according to a research paper co-led by UCL.

She also experiences very little anxiety and fear, and may have enhanced wound healing due to the mutation, which the researchers say could help guide new treatments for a range of conditions, they report in the British Journal of Anaesthesia. 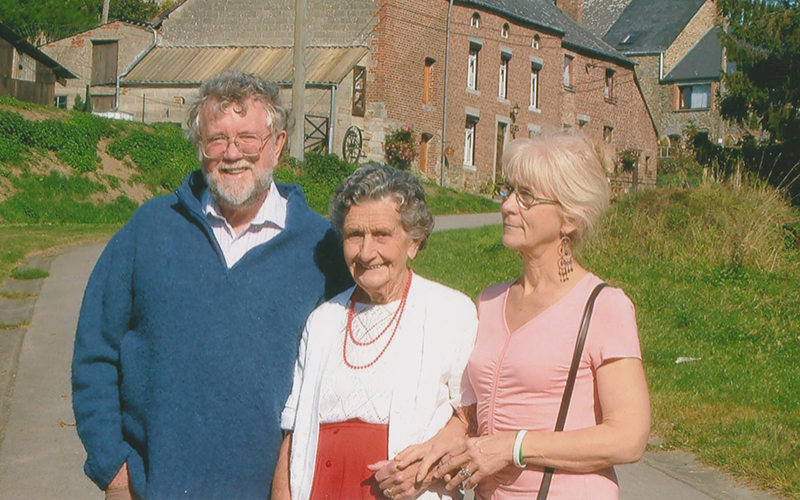 “We found this woman has a particular genotype that reduces activity of a gene already considered to be a possible target for pain and anxiety treatments,” said one of the study’s lead researchers, Dr James Cox (UCL Medicine).

“Now that we are uncovering how this newly-identified gene works, we hope to make further progress on new treatment targets.”

At age 65, the woman sought treatment for an issue with her hip, which turned out to involve severe joint degeneration despite her experiencing no pain. At age 66, she underwent surgery on her hand, which is normally very painful, and yet she reported no pain after the surgery. Her pain insensitivity was diagnosed by Dr Devjit Srivastava, Consultant in Anaesthesia and Pain Medicine at an NHS hospital in the north of Scotland and co-lead author of the paper.

The woman tells researchers she has never needed painkillers after surgery such as dental procedures.

She was referred to pain geneticists at UCL and the University of Oxford, who conducted genetic analyses and found two notable mutations. One was a microdeletion in a pseudogene, previously only briefly annotated in medical literature, which the researchers have described for the first time and dubbed FAAH-OUT. She also had a mutation in the neighbouring gene that controls the FAAH enzyme.

Further tests by collaborators at the University of Calgary, Canada, revealed elevated blood levels of neurotransmitters that are normally degraded by FAAH, further evidence for a loss of FAAH function.

The FAAH gene is well-known to pain researchers, as it is involved in endocannabinoid signalling central to pain sensation, mood and memory. The gene now called FAAH-OUT was previously assumed to be a ‘junk’ gene that was not functional. The researchers found there was more to it than previously believed, as it likely mediates FAAH expression.

Mice that do not have the FAAH gene have reduced pain sensation, accelerated wound healing, enhanced fear-extinction memory and reduced anxiety.

The woman in Scotland experiences similar traits. She notes that in her lifelong history of cuts and burns (sometimes unnoticed until she can smell burning flesh), the injuries tend to heal very quickly. She is an optimist who was given the lowest score on a common anxiety scale, and reports never panicking even in dangerous situations such as a recent traffic incident. She also reports memory lapses throughout life such as forgetting words or keys, which has previously been associated with enhanced endocannabinoid signalling.

The researchers say that it’s possible there are more people with the same mutation, given that this woman was unaware of her condition until her 60s.

“People with rare insensitivity to pain can be valuable to medical research as we learn how their genetic mutations impact how they experience pain, so we would encourage anyone who does not experience pain to come forward,” said Dr Cox.

The research team is continuing to work with the woman in Scotland, and are conducting further tests in cell samples, in order to better understand the novel pseudogene.

“We hope that with time, our findings might contribute to clinical research for post-operative pain and anxiety, and potentially chronic pain, PTSD and wound healing, perhaps involving gene therapy techniques,” said Dr Cox.

“The implications for these findings are immense,” said Dr Srivastava.

“One out of two patients after surgery today still experiences moderate to severe pain, despite all advances in pain killer medications and techniques since the use of ether in 1846 to first ‘annul’ the pain of surgery. There have already been unsuccessful clinical trials targeting the FAAH protein – while we hope the FAAH-OUT gene could change things particularly for post-surgical pain, it remains to be seen if any new treatments could be developed based on our findings.”

“The findings point towards a novel pain killer discovery that could potentially offer post-surgical pain relief and also accelerate wound healing. We hope this could help the 330 million patients who undergo surgery globally every year,” Dr Srivastava said.

“I would be elated if any research into my own genetics could help other people who are suffering,” the woman in Scotland commented.

“I had no idea until a few years ago that there was anything that unusual about how little pain I feel – I just thought it was normal. Learning about it now fascinates me as much as it does anyone else.”

Lead funding for the study came from the Medical Research Council and Wellcome.