The first farmers from Anatolia, who brought farming to Europe and represent the single largest ancestral component in modern-day Europeans, are directly descended from local hunter-gatherers who adopted a farming way of life.


An international team, led by scientists from the Max Planck Institute for the Science of Human History and in collaboration with scientists from the United Kingdom, Turkey and Israel, has analyzed 8 pre-historic individuals, including the first genome-wide data from a 15,000-year-old Anatolian hunter-gatherer, and found that the first Anatolian farmers were direct descendants of local hunter-gatherers. These findings provide support for archaeological evidence that farming was adopted and developed by local hunter-gatherers who changed their subsistence strategy, rather than being introduced by a large movement of people from another area. Interestingly, while the study shows the long-term persistence of the Anatolian hunter-gatherer gene pool over 7,000 years, it also indicates a pattern of genetic interactions with neighboring groups.


Credit: Max Planck Institute for the Science of Human History

Farming was developed approximately 11,000 years ago in the Fertile Crescent, a region that includes present-day Iraq, Syria, Israel, Lebanon, Egypt and Jordan as well as the fringes of southern Anatolia and western Iran. By about 8,300 BCE it had spread to central Anatolia, in present-day Turkey. These early Anatolian farmers subsequently migrated throughout Europe, bringing this new subsistence strategy and their genes. Today, the single largest component of the ancestry of modern-day Europeans comes from these Anatolian farmers. It has long been debated, however, whether farming was brought to Anatolia similarly by a group of migrating farmers from the Fertile Crescent, or whether the local hunter-gatherers of Anatolia adopted farming practices from their neighbors.

A new study by an international team of scientists led by the Max Planck Institute for the Science of Human History and in collaboration with scientists from the United Kingdom, Turkey and Israel, published in Nature Communications, confirms existing archaeological evidence that shows that Anatolian hunter-gatherers did indeed adopt farming themselves, and the later Anatolian farmers were direct descendants of a gene-pool that remained relatively stable for over 7,000 years.

For this study, the researchers newly analyzed ancient DNA from 8 individuals, and succeeded in recovering for the first time whole-genome data from a 15,000-year-old Anatolian hunter-gatherer. This allowed the team to compare that individual’s DNA to later Anatolian farmers, as well as individuals from neighboring regions, to determine how they were related. They also compared the individuals newly analyzed in the study to existing data from 587 ancient individuals and 254 present-day populations

The burial of a 15,000 year old Anatolian hunter-gatherer. 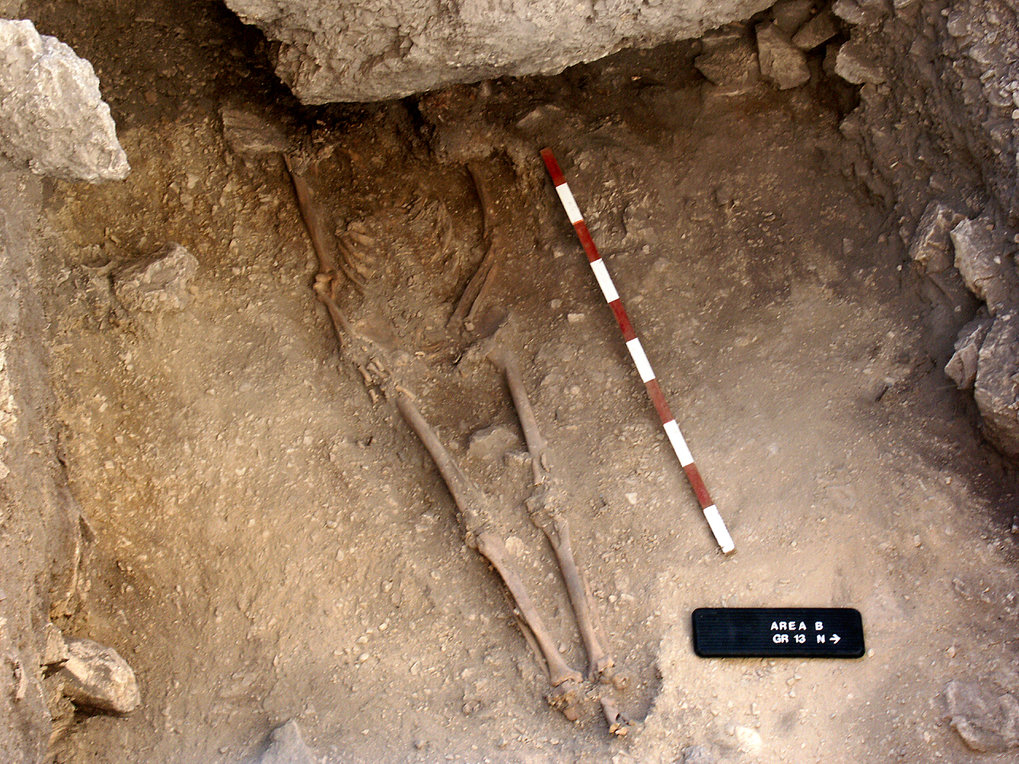 .The researchers found that the early Anatolian farmers derived the vast majority of their ancestry (~90%) from a population related to the Anatolian hunter-gatherer in the study. “This suggests a long-term genetic stability in central Anatolia over five millennia, despite changes in climate and subsistence strategy,” explains Michal Feldman of the Max Planck Institute for the Science of Human History.

“Our results provide additional, genetic support for previous archaeological evidence that suggests that Anatolia was not merely a stepping stone in a movement of early farmers from the Fertile Crescent into Europe,” states Choongwon Jeong of the Max Planck Institute of the Science of Human History, co-senior author of the study. “Rather, it was a place where local hunter-gatherers adopted ideas, plants and technology that led to agricultural subsistence.”

In addition to the long-term stability of the major component of the Anatolian ancestry, the researchers also found a pattern of interactions with their neighbors. By the time that farming had taken hold in Anatolia between 8,300-7,800 BCE, the researchers found that the local population had about a 10% genetic contribution from populations related to those living in what is today Iran and the neighboring Caucasus, with almost the entire remaining 90% coming from Anatolian hunter-gatherers. By about 7000-6000 BCE, however, the Anatolian farmers derived about 20% of their ancestry from populations related to those living in the Levant region.

“There are some large gaps, both in time and geography, in the genomes we currently have available for study,” explains Johannes Krause of the Max Planck Institute for the Science of Human History, senior author on the study. “This makes it difficult to say how these more subtle genetic interactions took place – whether it was through short-term large movements of people, or more frequent but low-level interactions.” The researchers hope that further research in this and neighboring regions could help to answer these questions.

Max Planck Institute for the Science of Human History