Research led by the University of Southampton suggests that ‘rogue’ waves are occurring less often, but becoming more extreme.

Scientists have, for the first time, used long-term data from a wide expanse of ocean to investigate how these rare, unexpected and hazardous ocean phenomena behave. Their findings are published in the journal Scientific Reports.

Waves are classed as ‘rogue’ when they are over twice the height of the average sea state around them. From trough to peak, past observations have put some at over 30 metres high. The fiercest are capable of damaging or sinking ships, can wound or kill crew members and on occasions have swept people off the shoreline and out to sea.

A team of engineers and oceanographers from the University of Southampton, together with researchers from The National Oceanography Centre (NOC), examined over 20 years of information (sourced between 1994-2016) from 15 buoys which provide surface data along the US western seaboard – stretching from Seattle in the north, to San Diego in the south.

The scientists showed rogue waves are more prevalent and of greater severity in the winter months and, intriguingly, are happening with increasing frequency within calmer background seas.

Lead researcher Alex Cattrell, from the University of Southampton, said: “The occurrence of rogue waves is difficult to predict, but simply understanding when and how these rare events occur is extremely important for mariners, both in terms of ship safety and economics.” 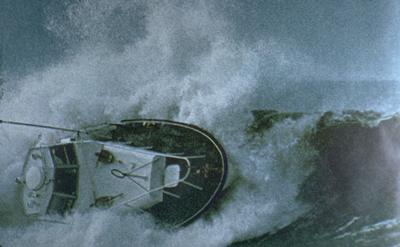 Rogue waves along the western shoreline of the USA have fatally swept people out to sea at Point Reyes, Maverick’s beach and Arcata, in California and Depoe Bay, Oregon. In the year 2000, the NOAA research vessel R/V Ballena capsized off Point Conception, California, and in 2006, M/V Westwood Pomona encountered a rogue wave off Port of Coos Bay, injuring one person and damaging the vessel.

Research supervisor, Professor Meric Srokosz, from NOC, adds: “Ports along the west coast of America handle almost half of the country’s container trade and, together with shipping connected to the Californian oil industry, there is a high volume of tanker, cargo, fishing and passenger vessel activity in the region.

“Our research can help inform these industries and suggests that if data on rogue waves is to prove useful – geographical, seasonal and year-on-year variations need to be taken into account, rather than just relying on a single value for an entire region, for all time.”

Around the world, rogue waves occur many times each day and are a major issue globally for the shipping industry. For example, a study in 2004 (ESA MaxWave), with a three week window, identified more than ten individual giant waves above 25 metres in height.

The scientists behind this latest Southampton study now hope more work can be done using their research method in other parts of the world, adding to existing research sources, to better understand how and predict when these destructive forces may strike.