In the waning months of 2018, two of the mightiest deep earthquakes ever recorded in human history rattled the Tonga-Fiji region of the South Pacific.

In the first-ever study of these deep earthquakes — generally defined as any earthquake occurring 350 kilometers or more below the Earth’s surface — a Florida State University-led research team characterized these significant seismological events, revealing new and surprising information about our planet’s mysterious, ever-changing interior.

The team’s findings, published in the journal Geophysical Research Letters, delineate the complex geological processes responsible for the earthquakes and suggest that the first powerful perturbation may have actually triggered the second.

“We don’t have these kind of large earthquakes too often,” said study author Wenyuan Fan, an earthquake seismologist in FSU’s Department of Earth, Ocean and Atmospheric Science. “These deep earthquakes, especially larger earthquakes, aren’t really promoted by the ambient environment. So why is this happening? It’s a compelling question to ask.”

Deep below the Earth in the Tonga-Fiji region of the South Pacific, one enormous earthquake triggered another. 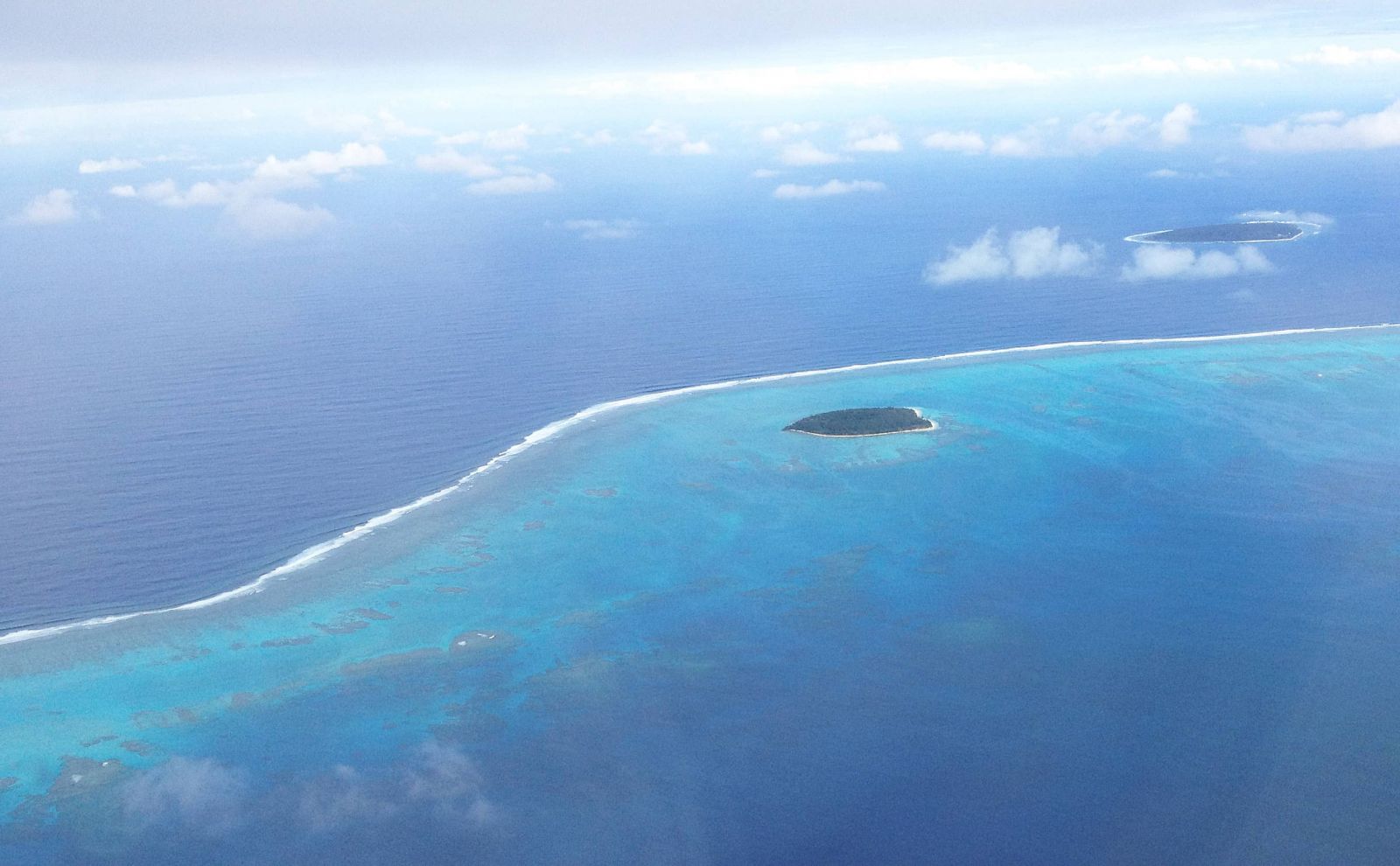 While deep earthquakes are rarely felt on the Earth’s surface, studying these titanic events can help researchers better understand the systems and structures of the inner Earth.

But the precise mechanisms of deep earthquakes have long been a mystery to earthquake scientists. The extreme temperature and pressure conditions of the deep Earth aren’t suitable for the kinds of mechanical processes typically responsible for earthquakes — namely the movement and sudden slippage of large plates.

Instead, the extraordinary pressure holds things firmly in place, and the soaring temperatures make rocky material behave like chocolate — moving around viscously instead of like ice cubes as is seen in the shallow surface.

“We did not expect to have deep earthquakes,” Fan said. “It should not happen. But we do have observations of deep earthquakes. So why? How? What kind of physical processes operate under such conditions?”

Using advanced waveform analyses, Fan and his team found that the first quake — a behemoth clocking in at magnitude 8.2, making it the second-largest deep earthquake ever recorded — was the product of two distinct physical processes.

The earthquake, they found, began in one of the region’s seismically important slabs, a portion of one tectonic plate subducted beneath another. Slab cores are cooler than their seething hot surroundings, and therefore more amenable to earthquake nucleation.

Once the earthquake began forming in the slab core, it propagated out into the warmer and more ductile surroundings. This outward propagation moved the earthquake from one mechanical process to another.

“This is interesting because before Tonga was thought to predominantly only have one type of mechanism, which is within the cold slab core,” Fan said. “But we’re actually seeing that multiple physical mechanisms are involved.”

Ground motions of the two earthquakes recorded by a nearby seismic station, and rupture durations from both near and far field observations. Records suggest that both earthquakes ruptured for about 35 seconds even though the first quake released three times more energy than the second. 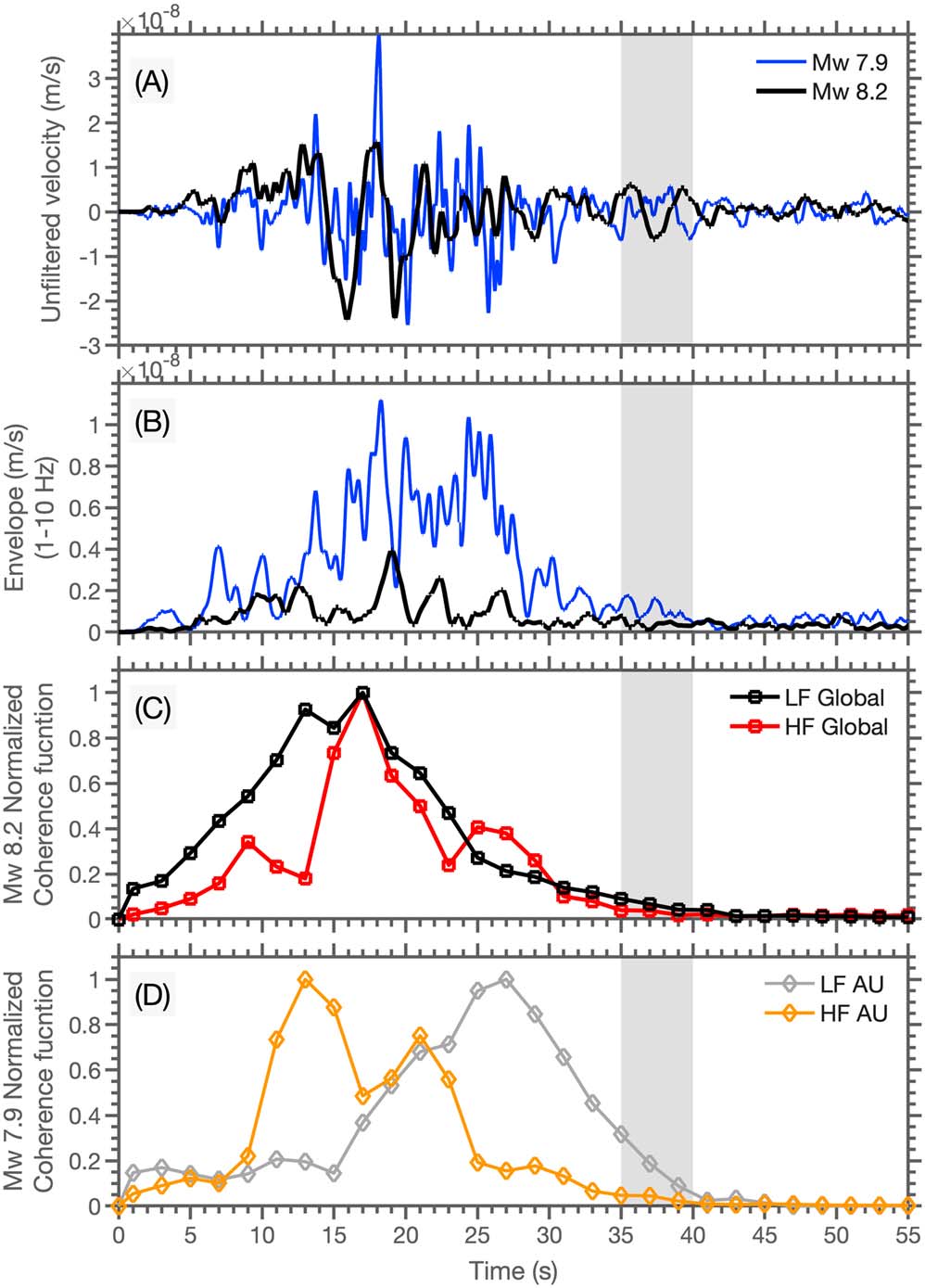 The dual mechanism propagation pattern present in the magnitude 8.2 earthquake wasn’t wholly surprising to Fan and his team. The process was reminiscent of a similarly deep, 7.6 magnitude quake that shook the region in 1994. These recognizable patterns were a promising sign.

“To see that something is predictable, like the repeated patterns observed in the magnitude 8.2 earthquake, is very satisfying,” Fan said. “It brings up the hope that we do know something about this system.”

But the second earthquake, which occurred 18 days after the first, was more of a puzzle. The magnitude 7.9 convulsion struck in an area that previously experienced very little seismic activity. The distinct physical mechanisms present in the second quake shared more similarities with South American deep earthquakes than with the massive quakes that rock the South Pacific. And, puzzlingly for researchers, the magnitude 7.9 earthquake produced surprisingly few aftershocks relative to its considerable size.

Somehow, Fan said, a large earthquake was triggered in a previously aseismic region that then immediately returned to normal.

It’s this triggering process that most interests Fan going forward. He said this earthquake “doublet” illustrates the dynamic and interrelated nature of deep-Earth processes and the urgent need to better understand how these complicated processes operate.

“It’s important that we address the question of how large earthquakes trigger other large earthquakes that are not far away,” he said. “This is a good demonstration that there seem to be physical processes involved that are still unknown. We’ve gradually learned to identify the pattern, but not to a degree where we know exactly how it works. I think this is important to any kind of hazard forecast. It’s more than an intellectual interest. It’s important for human society.”

This study was funded by the Postdoctoral Scholar Program at the Woods Hole Oceanographic Institution.