First Lambeosaurine Dinosaur from the Arctic in Alaska Discovered

Paleontologists from Hokkaido University in Japan, in cooperation with paleontologists from the Perot Museum of Nature and Science in Dallas, Texas, have discovered the first-confirmed occurrence of a lambeosaurine (crested 'duck-billed' dinosaur) from the Arctic - part of the skull of a lambeosaurine dinosaur from the Liscomb Bonebed (71-68 Ma) found on Alaska's North Slope. The bonebed was previously known to be rich in hadrosaurine hadrosaurids (non-crested 'duck-billed' dinosaurs).

The discovery proves for the first time that lambeosaurines inhabited the Arctic during the Late Cretaceous.* 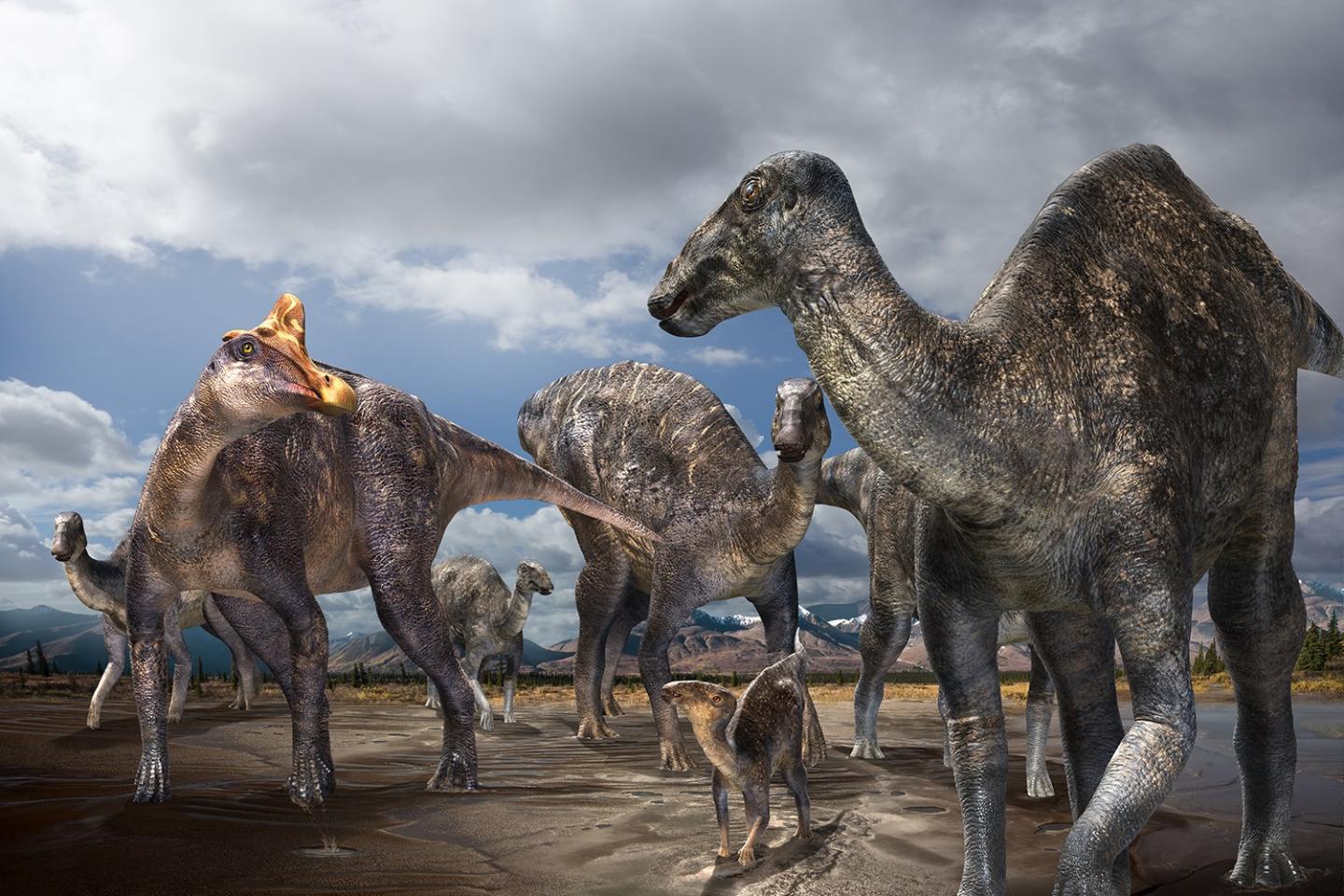 The paleontologists' findings were published today in Scientific Reports, an open-access, multi-disciplinary journal from Nature Research dedicated to constructive, inclusive and rigorous peer review. The paper - entitled "The first definite lambeosaurine bone from the Liscomb Bonebed of the Upper Cretaceous Prince Creek Formation, Alaska, United States" - is co-authored by Yoshitsugu Kobayashi, Ph.D., and Ryuji Takasaki, of Hokkaido University, in cooperation with Anthony R. Fiorillo, Ph.D., of the Perot Museum of Nature and Science. Other authors are Ronald Tykoski, Ph.D. of the Perot Museum and Paul McCarthy, Ph.D., of the University of Alaska.

The paper can be read in Scientific Reports here.

"This new discovery illustrates the geographic link between lambeosaurines of North America and the Far East," said Takasaki. "Hopefully, further work in Alaska will reveal how closely the dinosaurs of Asia and North America are connected."

"This first definitive evidence of a crested hadrosaur in the Cretaceous Arctic tells us that we still have much to learn about the biodiversity and the biologically productive environments of the ancient north, and that the story these fossils tell us is continually evolving," adds Dr. Fiorillo.

Background. The Arctic is an extreme environment that is low in temperature, lacks sunlight during winters, and has seasonally limited food resources. Though it was warmer during the Late Cretaceous, the Arctic was surely one of the most challenging places to live for large vertebrates at the time. The Prince Creek Formation on the North Slope of Alaska is a world-famous rock unit for studying dinosaurs of the ancient Arctic. Because the dinosaurs found there lived in the ancient Arctic, rather than tropical or sub-tropical conditions, these dinosaurs challenge much of what we think we know about dinosaurs. The Liscomb Bonebed (71-68 Ma), which was deposited near the ancient Arctic shoreline, is especially rich in dinosaur bones, with more than 6,000 bones collected from it thus far.

1. The first Arctic lambeosaurine. The new discovery indicates Arctic inhabitance and adaptation of lambeosaurines for the first time. In addition, the fossil's morphological similarities to the same bone in the skull of southern Canadian lambeosaurines suggest faunal interactions between the Arctic and the mid-latitudes.

2. Implication on habitat preferences. While the Liscomb Bonebed is known for numerous hadrosaurine fossils, the newly discovered bone represents the only definite lambeosaurine fossil from the site. The same trend is also known in mid-latitude localities of North America and eastern Asia, which were also deposited in near-shore environments. On the other hand, more lambeosaurine fossils are found in deposits laid down in inland environments. Therefore, we hypothesize that lambeosaurines favored inland environments, while hadrosaurines preferred coastal environments, a trend likely to have been independent of latitude. Different habitat preferences might have been a strategy to avoid excessive competition between the two groups of 'duck-billed' dinosaurs.

Future plans. Although the new discovery reveals Arctic inhabitance by lambeosaurines, more specific taxonomic status and potential functional adaptations to the severe Arctic environment remain unknown due to incompleteness of the specimen. Additional excavation and further research will help answer these questions.