Feathers revealed in a 125 million-year-old fossil of a bird hatchling shows it came out of the egg running.


The ~125 million-year-old Early Cretaceous fossil beds of Los Hoyas, Spain have long been known for producing thousands of petrified fish and reptiles (Fig. 1). However, one special fossil stands unique and is one of the rarest of fossils -- a nearly complete skeleton of a hatchling bird. Using their own laser imaging technology, Dr Michael Pittman from the Department of Earth Sciences at The University of Hong Kong and Thomas G Kaye from the Foundation for Scientific Advancement in the USA determined the lifestyle of this ~3cm long hatchling bird by revealing the previously unknown feathering preserved in the fossil specimen (Fig. 2).

Feathers revealed in a ~125 million-year-old fossil of a bird hatchling shows it came "out of the egg running". Specimen MPCM-LH-26189 from Los Hoyas, Spain is preserved between two slabs of rock: (a) 'counter' slab under normal light (b) Laser-Stimulated Fluorescence (LSF) image combining the results from both rock slabs. This reveals brown patches around the specimen that include clumps of elongate feathers associated with the neck and wings and a single long vaned feather associated with the left wing. (c) Normal light image of the main slab. Scale is 5mm. 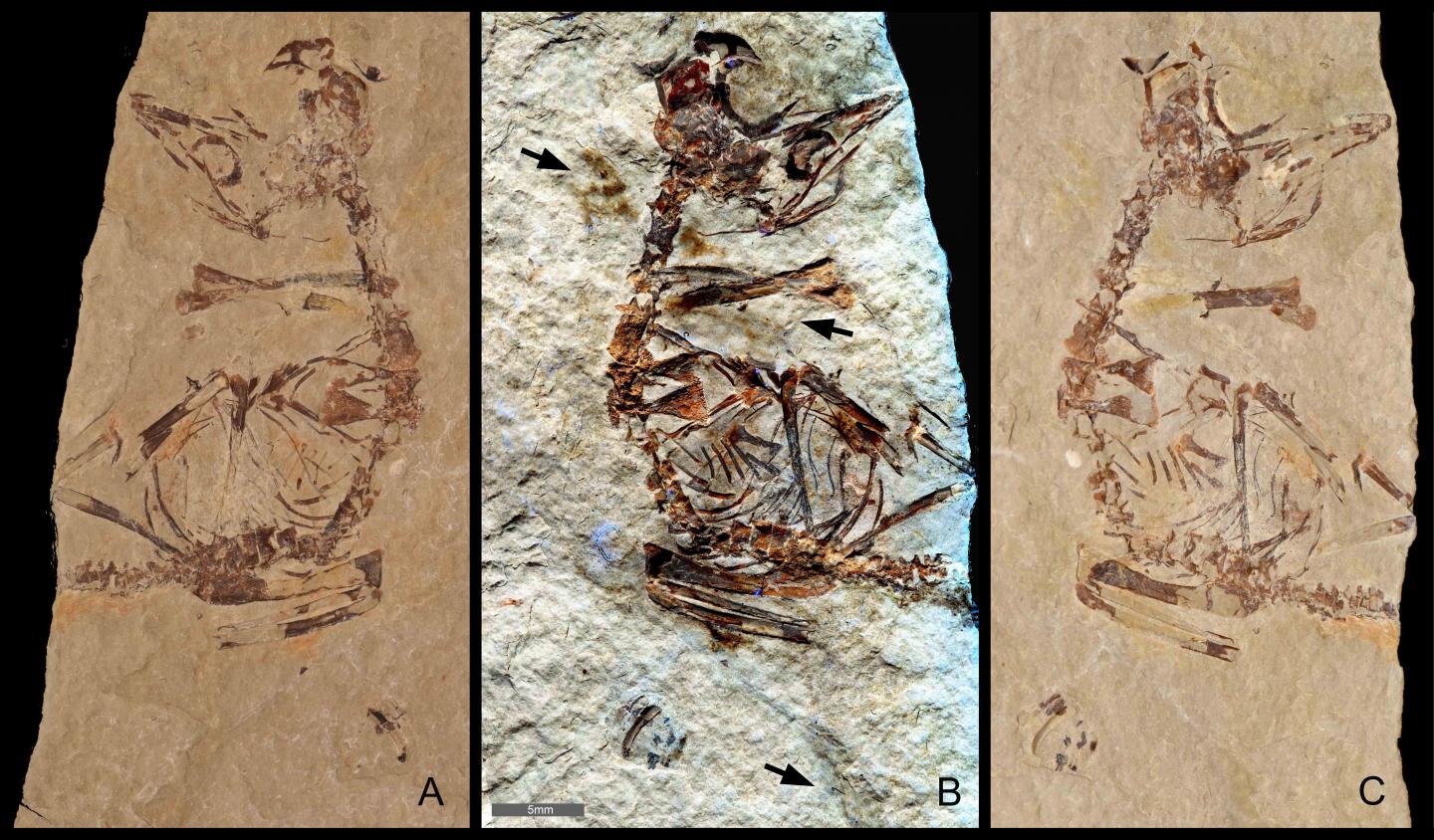 
Chickens and ducks are up and about within hours of hatching, they are "precocial" (Fig. 3). Pigeons and eagles are "altricial", they stay in the nest and are looked after by their parents. How do you tell if a hatchling came "out of the egg running" or was "naked and helpless in the nest"? Feathers. When precocial birds hatch they have developed down feathers and partly developed large feathers and can keep warm and get around without mum's help. "Previous studies searched for but failed to find any hints of feathers on the Los Hoyas hatchling. This meant that its original lifestyle was a mystery," says Dr Pittman.


Michael Pittman and Thomas Kaye brought new technology to the study of Los Hoyas fossils in the form of a high power laser. This made very small chemical differences in the fossils become visible by fluorescing them different colours, revealing previously unseen anatomical details. They recently had tremendous success with the first discovered fossil feather which they disassociated from the famous early bird Archaeopteryx by recovering the chemical signature of its fossil quill, a key part of the feather's identification that had been previously unverified for ~150 years.

A bird hatchling leaving its nest shortly after birth ~125 million years ago. This baby bird lived in a lake environment and may have been born on the ground like some other extinct enantiornithine birds. 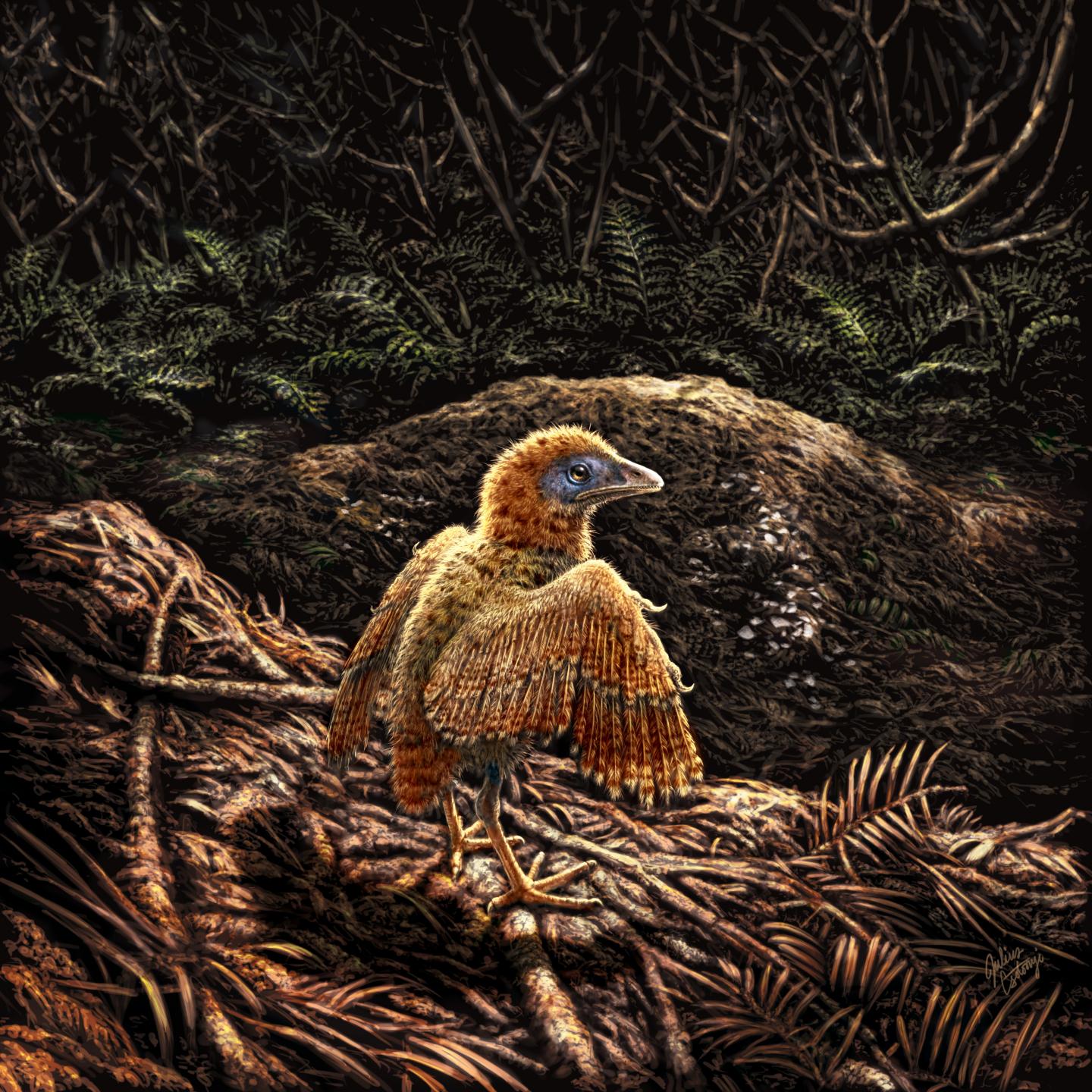 The new results on the hatchling bird finally answered the question about its lifestyle as it did indeed have feathers at birth (Figs. 2, 4) and was thus precocial and out of the egg running. The feathers were made of carbon which has low fluorescence using Laser-Stimulated Fluorescence (LSF), but the background matrix did glow making the feathers stand out in dramatic dark silhouette (Fig. 2). "Previous attempts using UV lights and synchrotron beams failed to detect the feathers, underscoring that the laser technology stands alone as a new tool in palaeontology" added Tom Kaye, the study's lead author. 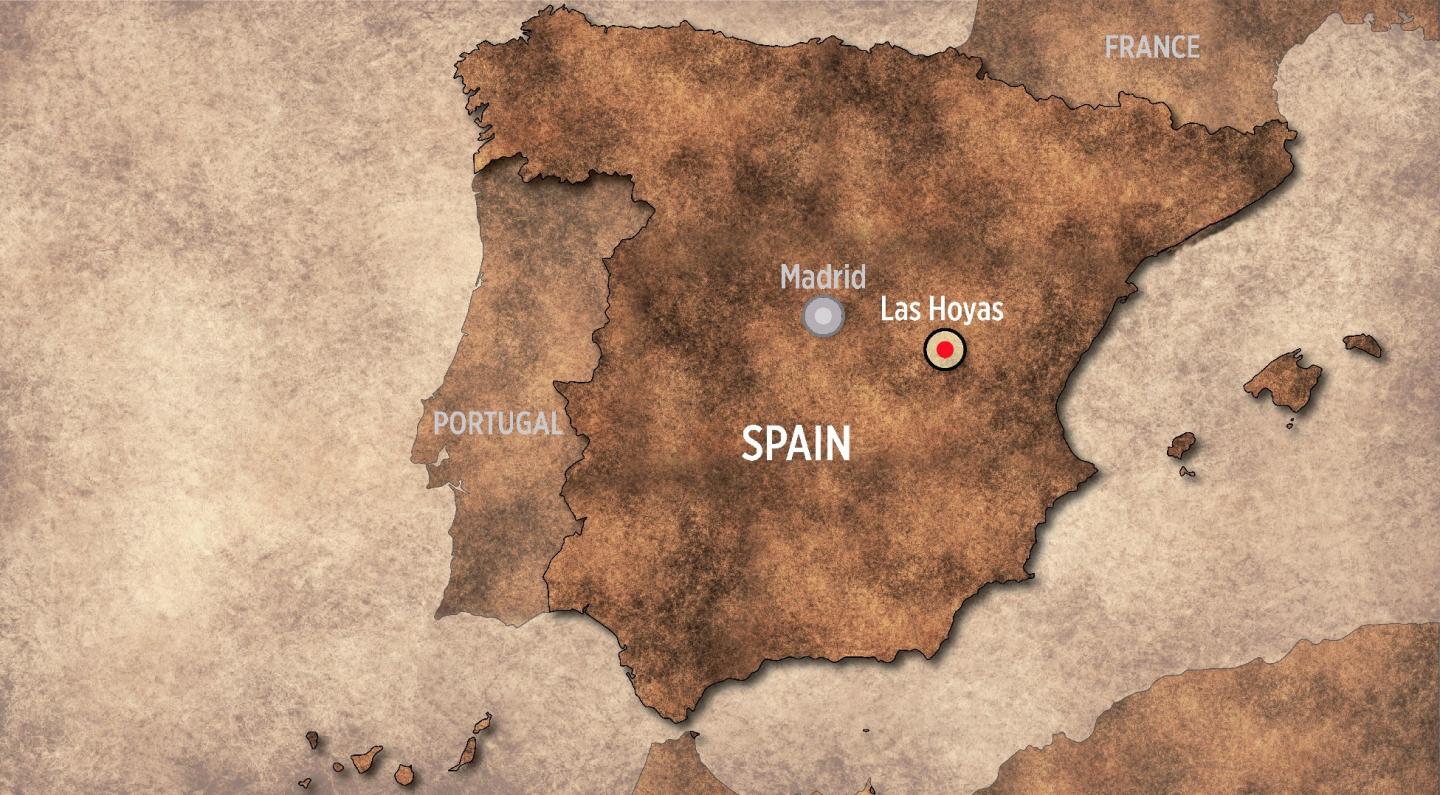 This discovery via new technology demonstrates that some early birds adopted a precocial breeding strategy just like modern birds. Thus, in the time of the dinosaurs, some enantiornithine bird babies had the means to avoid the dangers of Mesozoic life perhaps by following their parents or moving around themselves. "One of the feathers discovered was of a substantial size and preserves features seen in other hatchlings. It indicates that our hatchling had reasonably well-developed flight feathers at the time of birth", says Jesús Marugán-Lobón, a co-author from the Universidad Autónoma of Madrid, Spain (Figs. 2B, 4). This and other "illuminating" discoveries are adding to our knowledge of ancient life with details surviving in the fossil record that were never thought possible even a couple decades ago.