Humans will never twerk at the rate bees waggle dance.  You won't see moves like the waggle on Dancing with the Stars either though the end result of communication is the same. .

Social communication in bee colonies is done by waggling. Bees learn to evaluate the importance of information shared by waggle dances

For bees and other social insects, being able to exchange information is vital for the success of their colony. One way honeybees do this is through their waggle dance, which is a unique pattern of behavior, which probably evolved more than 20 million years ago. A bee's waggle dance tells its sisters in the colony where to find a high-quality source of food. However, in recent years people have begun to study the actual benefits of this dance language.

A honeybee performing a waggle dance 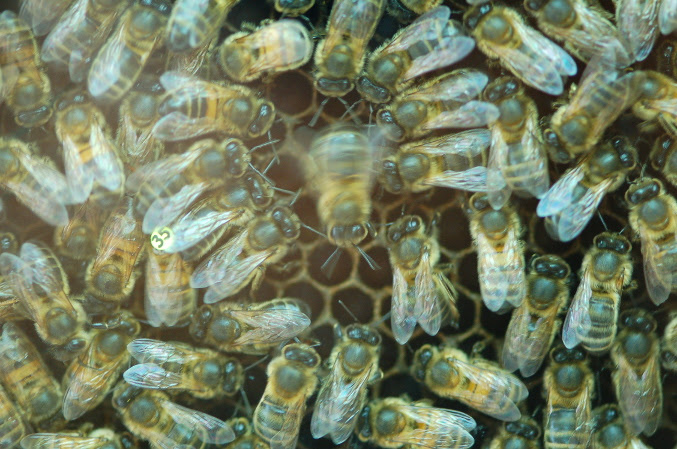 Biologists at the University of Lausanne in Switzerland and at Johannes Gutenberg University Mainz (JGU) in Germany have now shed some new light on the benefits and disadvantages of the bee dance. "To our surprise, we found that bee colonies are more successful at collecting food if they are deprived of their dance language," reported Dr. Christoph Grüter, a behavioral ecologist at Mainz University. One possible reason may be human-induced habitat change. Together with his colleagues in Lausanne, Grüter conducted experiments over several years to examine what effect the dance language has on a colony's success.

There are about ten different species of honeybees communicating through waggle dancing. However, the vast majority of bees, i.e., more than 500 species of highly social stingless insects, have no dance language. Thus, Grüter was interested in the benefits the waggle dance brings to colonies, not least because, as a communication strategy, it is relatively time-consuming. Some waggle dances can last only a few seconds, while others may take up to five minutes.

A colony of bees on a horizontally rotated honeycomb. This makes it impossible for the bees to orientate themselves with the help of light or gravity. The hive was also placed on a balance to record variations in biomass weight. 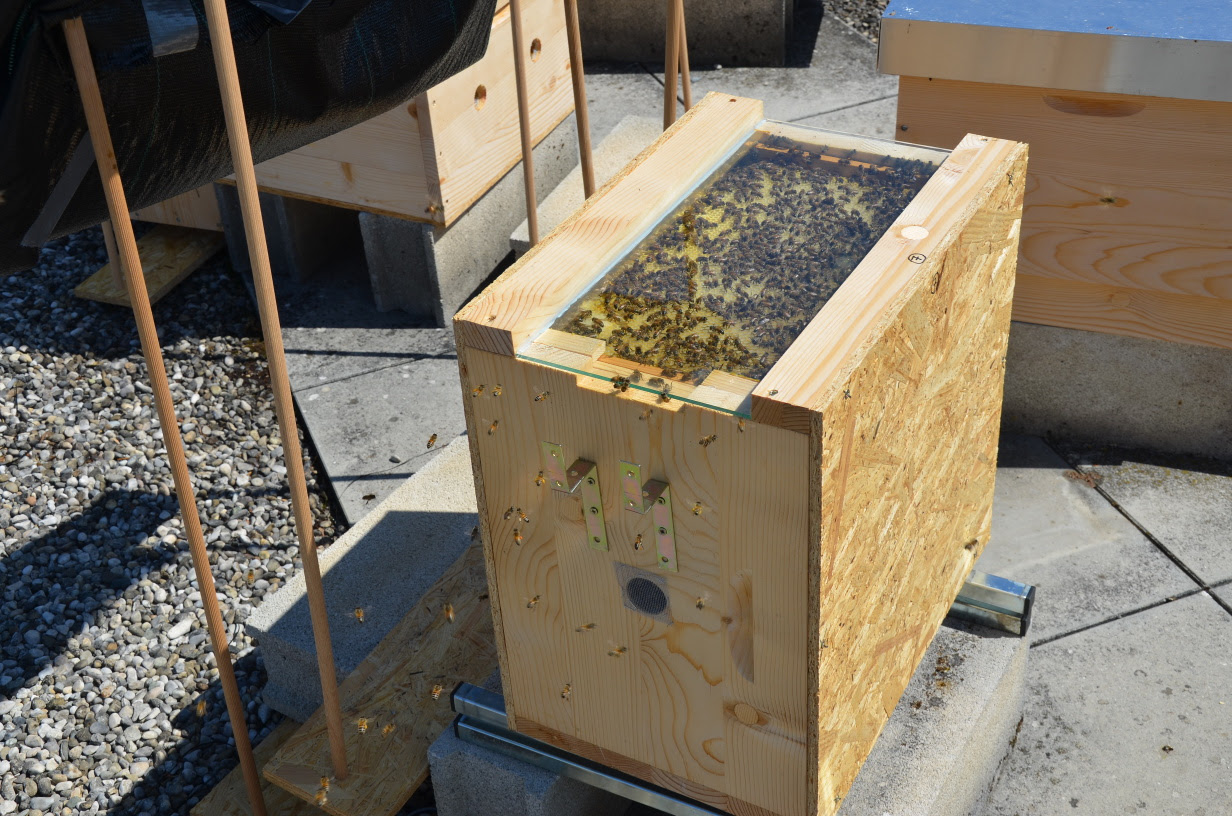 In the experiments, the scientists manipulated the conditions influencing some of the bee colonies to confuse and, as a result, disorientate the dancing bees. Performed under such conditions, the waggle dance no longer made sense to its bee audience. To create these conditions, light was prevented from falling on the honeycombs, and they were also turned into a horizontal position, preventing the bees from using gravity to orientate themselves. Another particularly important aspect was to take into account their ability to memorize the location of food.

"Bees foraging for food have an excellent memory and can recall a rich feeding spot for several days," explained Grüter. Thus, the research team had to prevent foragers performing the waggle dance for 18 days to ensure they could not use their memory to tell other bees where to fly to find the excellent sources of food. Foraging bees are older than other colony members. In their final phase of life, they no longer work in the hive, but go out to collect nectar and pollen. Typically, they are in the last 18 days of their life.

The team of biologists was surprised by their result that beehives without the dance information were more active and produced more honey than beehives that used dance language. "We were expecting to confirm that dance language was important, but our results were the exact opposite," said Dr. Robbie I'Anson Price, lead author of the study. "I suspect that the bees probably lose interest when confronted with a disoriented dance, and they go out to search for food on their own initiative," added Price. The differences are significant: Bees in colonies with no dance language went on foraging flights that were eight minutes longer and yielded 29 percent more honey over the entire 18-day period than bees using the waggle dance.

Colonies of bees on vertical honeycombs, the standard orientation of hives. The hives were placed on balances to record variations in biomass weight 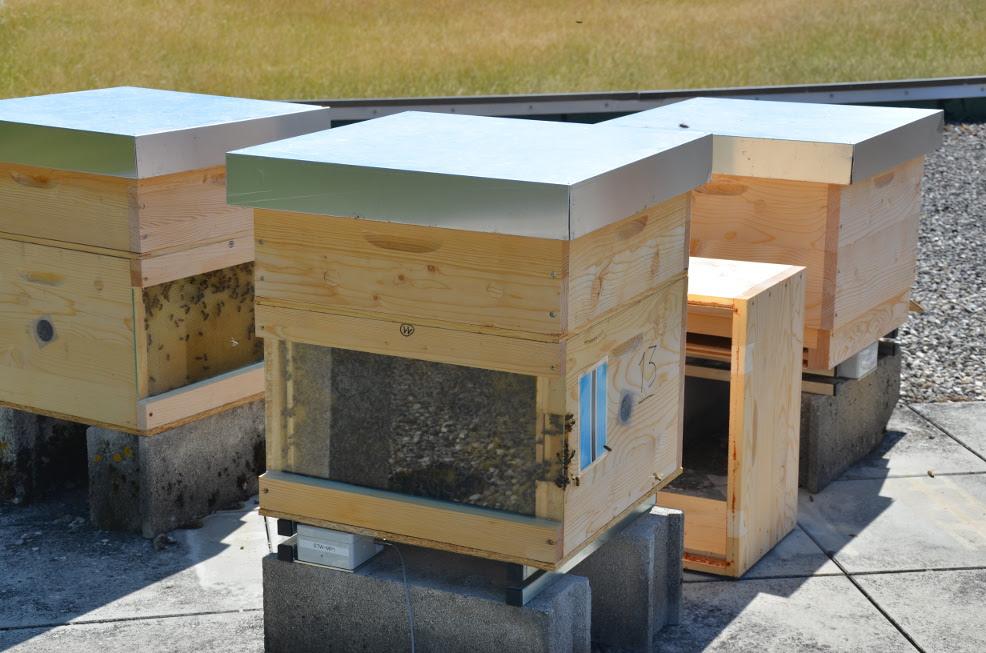 The conclusion is that some bees, such as the Buckfast bee in this study, a 100-year-old cross-bred western honeybee, may do better without social communication. Grüter believes that the environment and the availability of food play an important role. If there is a large apple tree in full bloom nearby, then waiting for information on its location is probably a good strategy. If, on the other hand, there is only a sparse scattering of flowering plants on balconies or roadsides, it may be better to leave the hive sooner and forage independently. "In our opinion, the behavior we observed can be primarily explained in terms of how much time the bees save," said Grüter.

By observing the bees, the scientists made the extraordinary discovery that the bees were apparently able to judge the relevance of the information content of a dance and hence would lose interest in disoriented dancing. "It looks as if after a while they become aware that something is wrong," postulated Grüter. "Our results raise the possibility that humans have created environments to which the waggle dance language is not well adapted," write the authors in their study, recently published in the renowned journal Science Advances.

The idea that bees may be capable of evaluating the quality of information in a dance is one that Grüter wants to investigate more closely in the future. He is also planning to repeat the experiments in the Mainz area under different conditions – in urban and rural areas and at different times of the year.

Christoph Grüter has been head of a research team at the Institute of Organismic and Molecular Evolution at Johannes Gutenberg University Mainz since 2015. Previously, he was head of a research group at the Department of Ecology and Evolution at the University of Lausanne in Switzerland. His group investigates how social insects organize and coordinate their collective activities, with communication in insect colonies playing a central role.