Stormy Stagnation or Stagnating Storminess: Summer Is Going To Be a Mess Predict Scientists

Summers may be getting stranger.

Climate change is shifting the energy in the atmosphere that fuels summertime weather, which may lead to stronger thunderstorms and more stagnant conditions for midlatitude regions of the Northern Hemisphere, including North America, Europe, and Asia, a new MIT study finds.

Scientists report that rising global temperatures, particularly in the Arctic, are redistributing the energy in the atmosphere: More energy is available to fuel thunderstorms and other local, convective processes, while less energy is going toward summertime extratropical cyclones — larger, milder weather systems that circulate across thousands of kilometers. These systems are normally associated with winds and fronts that generate rain. 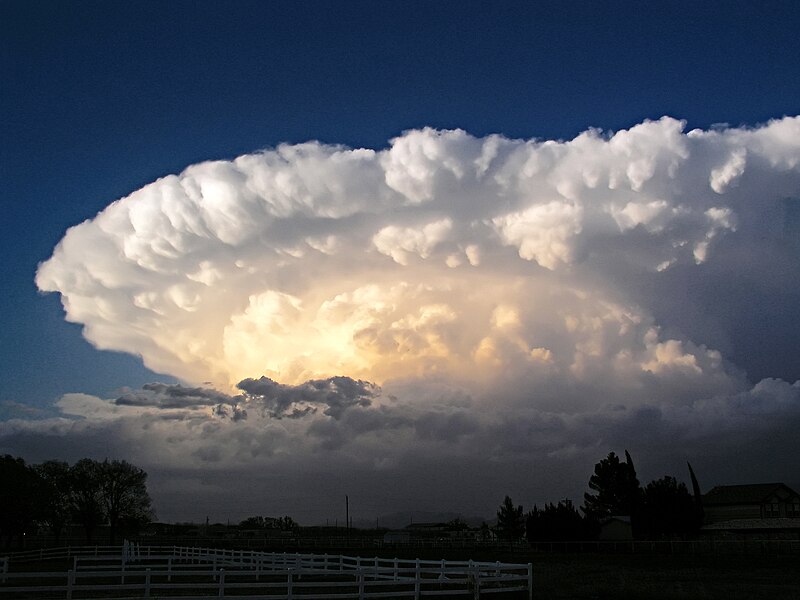 “Extratropical cyclones ventilate air and air pollution, so with weaker extratropical cyclones in the summer, you’re looking at the potential for more poor air-quality days in urban areas,” says study author Charles Gertler, a graduate student in MIT’s Department of Earth, Atmospheric and Planetary Sciences (EAPS). “Moving beyond air quality in cities, you have the potential for more destructive thunderstorms and more stagnant days with perhaps longer-lasting heat waves.”

Gertler and his co-author, Associate Professor Paul O’Gorman of EAPS, are publishing their results this week in the Proceedings of the National Academy of Sciences.

In contrast to more violent tropical cyclones such as hurricanes, extratropical cyclones are large weather systems that occur poleward of the Earth’s tropical zone. These storm systems generate rapid changes in temperature and humidity along fronts that sweep across large swaths of the United States. In the winter, extratropical cyclones can whip up into Nor’easters; in the summer, they can bring everything from general cloudiness and light showers to heavy gusts and thunderstorms.

In recent decades, the Arctic has warmed faster than the rest of the Earth, in effect shrinking the atmosphere’s horizontal temperature gradient. Gertler and O’Gorman wondered whether and how this warming trend has affected the energy available in the atmosphere for extratropical cyclones and other summertime weather phenomena.

They began by looking at a global reanalysis of recorded climate observations, known as the ERA-Interim Reanalysis, a project that has been collecting available satellite and weather balloon measurements of temperature and humidity around the world since the 1970s. From these measurements, the project produces a fine-grained global grid of estimated temperature and humidity, at various altitudes in the atmosphere.

“We can see how this energy goes up and down over the years, and we can also separate how much energy is available for convection, which would manifest itself as thunderstorms for example, versus larger-scale circulations like extratropical cyclones,” O’Gorman says.

Since 1979, they found the energy available for large-scale extratropical cyclones has decreased by 6 percent, whereas the energy that could fuel smaller, more local thunderstorms has gone up by 13 percent.

Their results mirror some recent evidence in the Northern Hemisphere, suggesting that summer winds associated with extratropical cyclones have decreased with global warming. Observations from Europe and Asia have also shown a strengthening of convective rainfall, such as from thunderstorms.

“Researchers are finding these trends in winds and rainfall that are probably related to climate change,” Gertler says. “But this is the first time anyone has robustly connected the average change in the atmosphere, to these subdaily timescale events. So we’re presenting a unified framework that connects climate change to this changing weather that we’re seeing.”

The researchers’ results estimate the average impact of global warming on summertime energy of the atmosphere over the Northern Hemisphere. Going forward, they hope to be able to resolve this further, to see how climate change may affect weather in more specific regions of the world.

“We’d like to work out what’s happening to the available energy in the atmosphere, and put the trends on a map to see if it’s, say, going up in North America, versus Asia and oceanic regions,” O’Gorman says. “That’s something that needs to be studied more.”

This research was supported by the National Science Foundation.