Oh, the ironies of science.  An additive to kill bacteria to consumers products make then more resistant in the end. Triclosan added to toothpaste, mouthwash to kill bacteria inadvertently makes such cells stronger

Grocery store aisles are stocked with products that promise to kill bacteria. People snap up those items to protect themselves from the germs that make them sick. However, new research from Washington University in St. Louis finds that a chemical that is supposed to kill bacteria is actually making them stronger and more capable of surviving antibiotic treatment.

Triclosan is added to toothpaste, mouthwash, cosmetics and even to clothing, baby toys and credit cards with the intention of reducing or preventing bacterial growth. The strategy backfired. 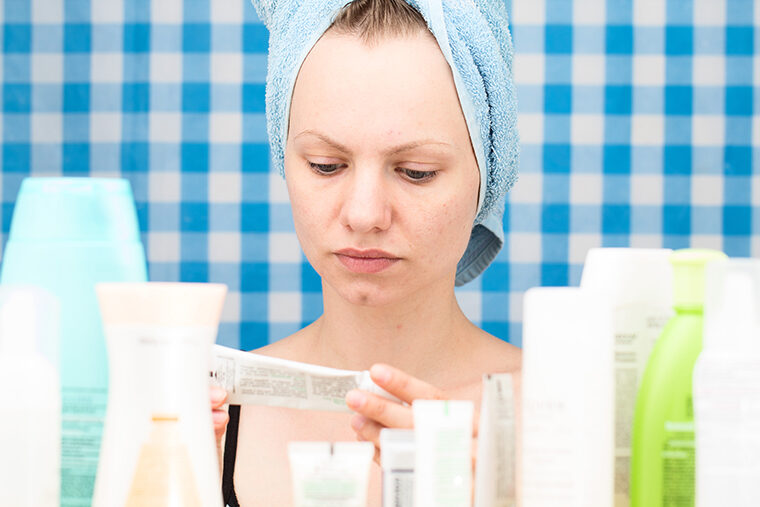 The study, available online Feb. 19 in the journal Antimicrobial Agents & Chemotherapy, suggests that triclosan exposure may inadvertently drive bacteria into a state in which they are able to tolerate normally lethal concentrations of antibiotics — including those antibiotics that are commonly used to treat urinary tract infections (UTIs).

Triclosan is the active ingredient responsible for the “antibacterial” property marketed on many consumer products. It is added to toothpaste, mouthwash, cosmetics and even to clothing, baby toys and credit cards with the intention of reducing or preventing bacterial growth.

In 2017, the U.S. Food and Drug Administration cited both safety concerns and lack of efficacy when it recommended against adding triclosan to consumer soaps, but these guidelines have not discouraged companies from adding it to other products. What’s more, Levin said, “Triclosan is very stable. It lingers in the body and in the environment for a long time.”

Some antibiotics kill bacterial cells, while others keep them from growing.

Levin and her colleagues were particularly interested in bactericidal antibiotics — those that can kill bacterial cells and are typically prescribed by doctors to treat bacterial infections. They wanted to know whether triclosan could protect bacteria from death in the presence of killing antibiotics.

“Triclosan increased the number of surviving bacterial cells substantially,” Levin said. “Normally, one in a million cells survive antibiotics, and a functioning immune system can control them. But triclosan was shifting the number of cells. Instead of only one in a million bacteria surviving, one in 10 organisms survived after 20 hours. Now, the immune system is overwhelmed.”

Triclosan exposure allowed the bacteria to escape death by antibiotics. And the protective property was not limited to any single family of antibiotics. In fact, multiple antibiotics that are considered unique in how they kill cells were less effective at killing bacteria exposed to triclosan.

“Triclosan increased tolerance to a wide breadth of antibiotics,” Westfall said. “Ciprofloxacin (also known as Cipro) was the most interesting one to us because it is a fluoroquinolone that interferes with DNA replication and is the most common antibiotic used to treat UTIs.”

Antibiotics can’t do their job with triclosan around

UTIs occur when bacteria, primarily Escherichia coli (E. coli), enter and infect the urinary tract. Antibiotics such as Cipro are commonly used to kill the bacteria and treat the infection.

UTIs are common; so is exposure to triclosan. A shocking percentage — about 75 percent — of adults in the United States have detectable levels of triclosan in their urine. About 10 percent of adults have levels high enough to prevent E. coli from growing. Could triclosan’s presence in the body interfere with treating UTIs?

Westfall and Levin worked with collaborators at Washington University School of Medicine in St. Louis to answer this question.

Ana Flores-Mireles, an assistant professor at the University of Notre Dame, worked on this study as a postdoctoral scholar in the lab of Scott Hultgren, the Helen L. Stoever Professor of Molecular Microbiology at the School of Medicine. With the help of Jeffrey Henderson, associate professor of medicine and molecular biology, she figured out that mice which drink triclosan-spiked water have urine triclosan levels similar to those reported in humans.

“This result meant we could actually test the impact that human urine levels of triclosan have during antibiotic treatment of UTIs in mice,” Levin said.

All of the mice with the infection received Cipro to treat the UTI. Only some of the mice drank triclosan-spiked water. After antibiotic treatment, mice with triclosan exposure had a large number of bacteria in their urine and stuck to the bladder; mice without exposure had significantly lower bacterial counts.

“The magnitude of the difference in bacterial load between the mice that drank triclosan-spiked water and those that didn’t is striking,” Levin said.

“If the difference in the number of bacteria between the groups was less than tenfold, it would be difficult to make a strong case that the triclosan was the culprit,” Levin added. “We found 100 times more bacteria in the urine of triclosan-treated mice — that is a lot.”

This striking result has an equally striking message — antibiotics are less effective at treating UTIs when triclosan is around, at least in mice.

Triclosan is interfering with antibiotic treatment, but how?

Levin and her colleagues found that triclosan works with a cell growth inhibitor, a small molecule nicknamed ppGpp, to render cells less sensitive to antibiotics.

During times of stress, ppGpp responds by shutting down the biosynthetic pathways that make the building blocks — DNA, RNA, protein and fat — that ultimately become new cells. This response helps divert resources away from growth and towards survival.

“There is a rule in medicine that you don’t give drugs that slow cell growth before drugs that kill cells,” Levin said.

If triclosan triggers ppGpp, biosynthesis is curtailed and bactericidal antibiotics would become ineffective at killing cells. Biosynthesis continues in bacteria lacking ppGpp, however, and these cells would be expected to die.

Levin and colleagues tested their hypothesis by engineering E. coli mutants unable to make ppGpp and compared them to E. coli able to make ppGpp. The absence of ppGpp in the mutant E. coli removed triclosan’s ability to protect the cells from bactericidal antibiotics.

While clinical studies would be required to definitely prove that triclosan is interfering with antibiotic treatments in humans, Levin said, “My hope is that this study will serve as a warning that will help us rethink the importance of antimicrobials in consumer products.”