New liquid metal technology offers the possibility of pulling carbon dioxide from the air, turning it to coal and burying it. It would be like turning back time for the atmosphere

Researchers have used liquid metals to turn carbon dioxide back into solid coal, in a world-first breakthrough that could transform our approach to carbon capture and storage.

The research team led by RMIT University in Melbourne, Australia, have developed a new technique that can efficiently convert CO2 from a gas into solid particles of carbon.

Published in the journal Nature Communications, the research offers an alternative pathway for safely and permanently removing the greenhouse gas from our atmosphere.

A schematic illustration showing how liquid metal is used as a catalyst for converting carbon dioxide into solid coal. 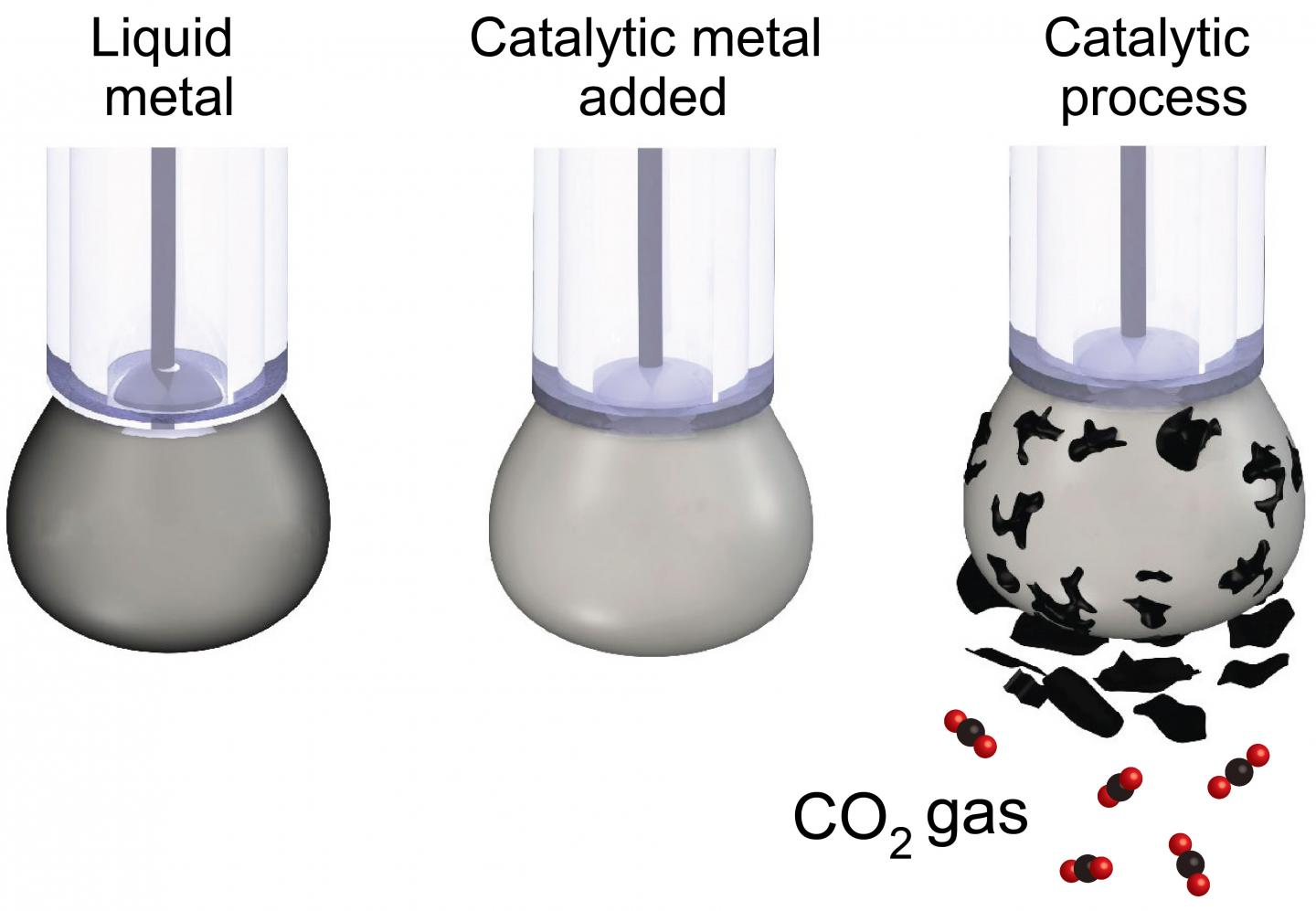 
Current technologies for carbon capture and storage focus on compressing CO2 into a liquid form, transporting it to a suitable site and injecting it underground.

But implementation has been hampered by engineering challenges, issues around economic viability and environmental concerns about possible leaks from the storage sites.

“While we can’t literally turn back time, turning carbon dioxide back into coal and burying it back in the ground is a bit like rewinding the emissions clock,” Daeneke, an Australian Research Council DECRA Fellow, said.

“To date, CO2 has only been converted into a solid at extremely high temperatures, making it industrially unviable.

“By using liquid metals as a catalyst, we’ve shown it’s possible to turn the gas back into carbon at room temperature, in a process that’s efficient and scalable.

“While more research needs to be done, it’s a crucial first step to delivering solid storage of carbon.”
How the carbon conversion works


To convert CO2, the researchers designed a liquid metal catalyst with specific surface properties that made it extremely efficient at conducting electricity while chemically activating the surface.

The CO2 slowly converts into solid flakes of carbon, which are naturally detached from the liquid metal surface, allowing the continuous production of carbonaceous solid.

Esrafilzadeh said the carbon produced could also be used as an electrode. 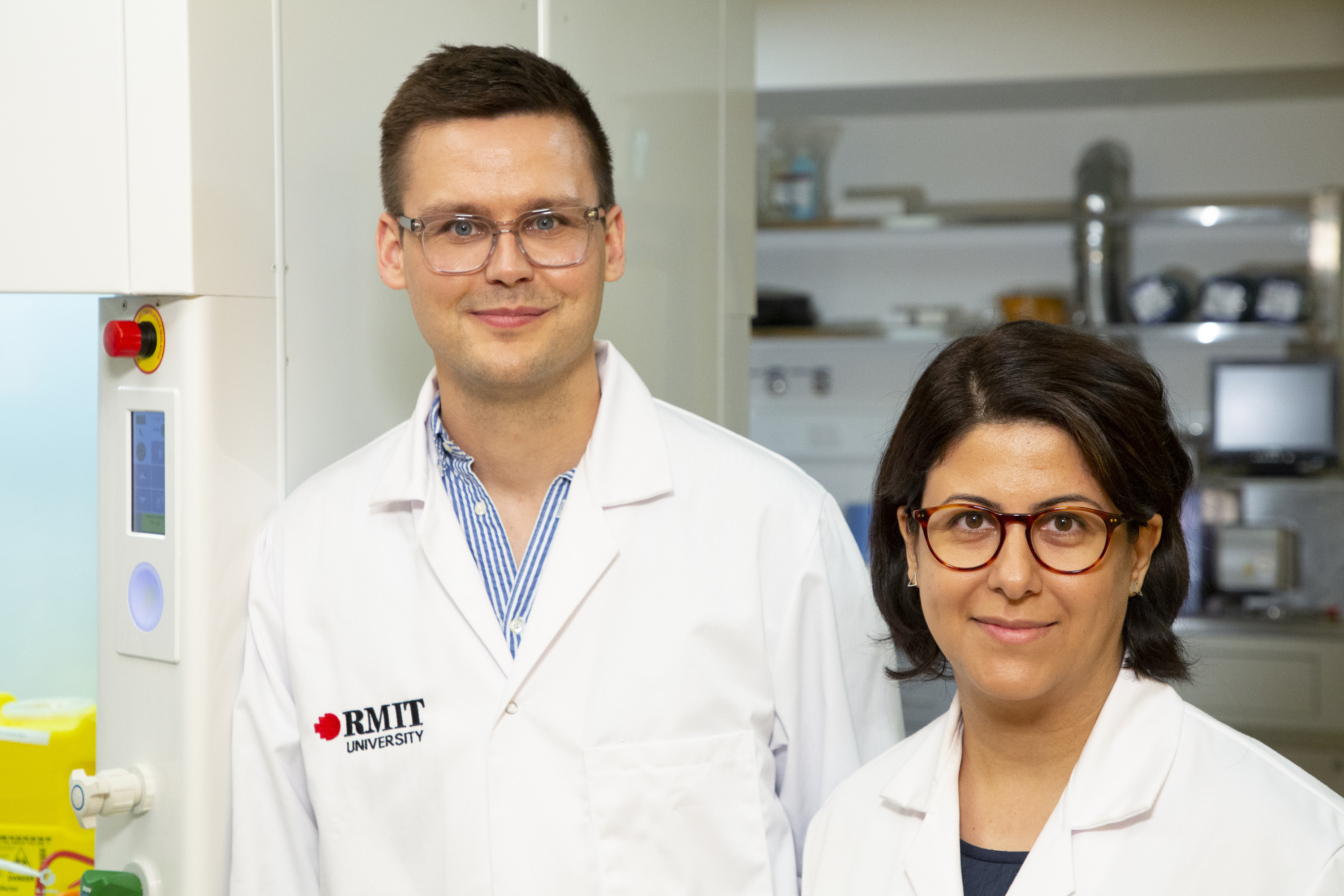 “A side benefit of the process is that the carbon can hold electrical charge, becoming a supercapacitor, so it could potentially be used as a component in future vehicles.”

“The process also produces synthetic fuel as a by-product, which could also have industrial applications.”

The research is supported by the Australian Research Council Centre for Future Low-Energy Electronics Technologies (FLEET) and the ARC Centre of Excellence for Electromaterials Science (ACES).