Over a Thousand New Objects and Phenomena Identified in Night Sky

Casual stargazers may look at the black area among stars and think that there’s nothing there except empty space. But the night sky hides many secrets invisible to the naked eye.

Less than a year into its mission, a sky-survey camera in Southern California shows just how full the sky is. The Zwicky Transient Facility, based at the Palomar Observatory in San Diego County, has identified over a thousand new objects and phenomena in the night sky, including more than 1,100 new supernovae and 50 near-Earth asteroids, as well as binary star systems and black holes. Operated by Caltech, the ZTF is a public-private partnership between the National Science Foundation and a consortium of nine other institutions around the globe, including the University of Washington. The ZTF collaboration’s six latest papers, which describe these discoveries as well as the ZTF’s data mining, sorting and alert systems, have been accepted for publication in the journal Publications of the Astronomical Society of the Pacific.

A composite ZTF image of the Andromeda galaxy made by combining three bands of visible light. The image covers 2.9 square degrees, which is one-sixteenth of ZTF’s full field of view. Andromeda, also known as Messier 31, is the nearest major galaxy to our Milky Way galaxy, lying 2.5 million light-years away. 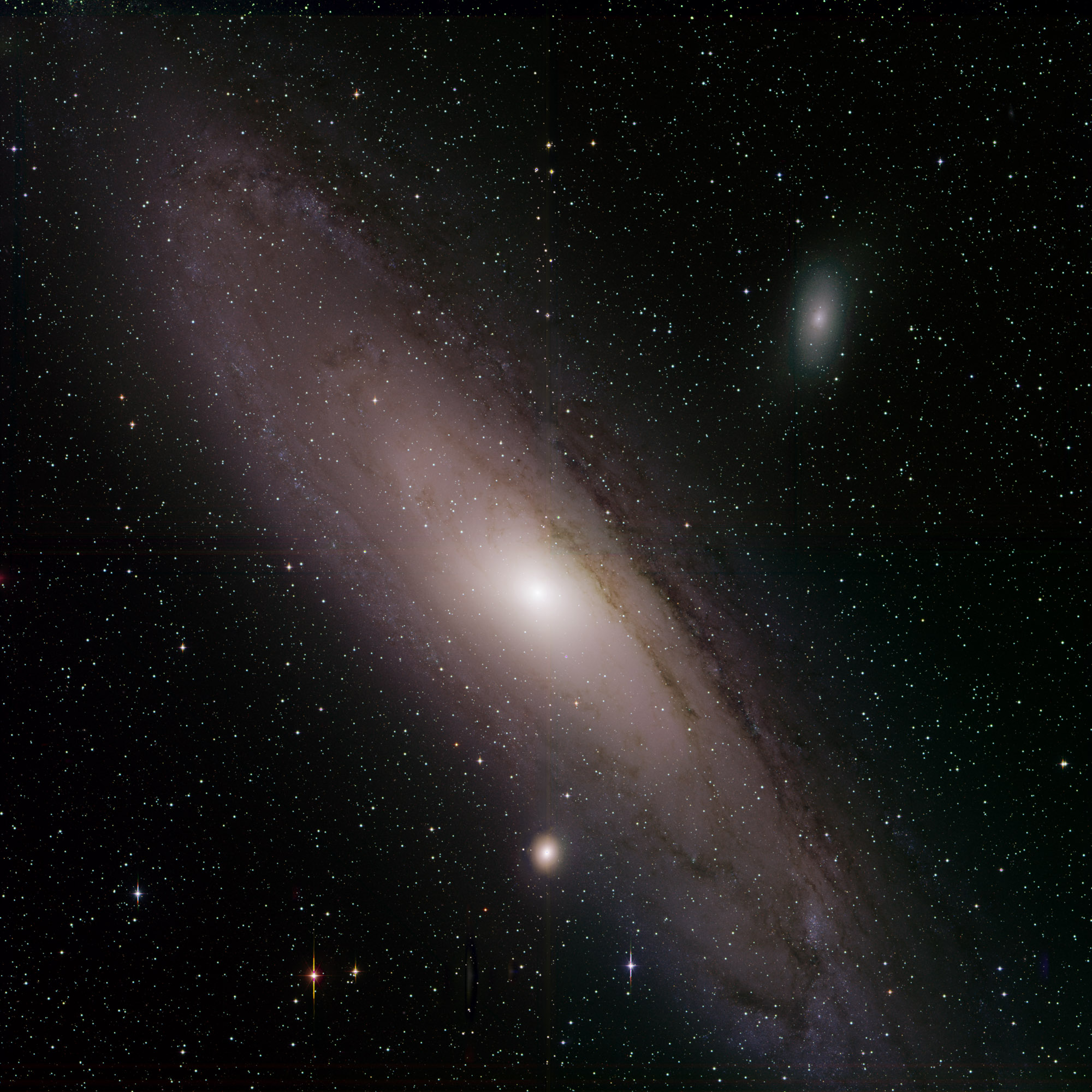 Eric Bellm, the ZTF survey scientist and a research assistant professor of astronomy at UW, is lead author on a paper describing the ZTF’s technical systems and major findings since the survey began on March 20, 2018. Maria Patterson, a data scientist formerly with the UW Department of Astronomy’s DIRAC Institute, is lead author on another paper describing the ZTF’s alert system for notifying science teams of possible new objects in the sky or significant changes to existing objects.

“The ZTF mission is to identify changes in the night sky and alert the astronomical field of these discoveries as quickly as possible,” said Bellm, who is also a fellow with the DIRAC Institute. “The results and specifications reported in these six papers demonstrate that the ZTF has in place a pipeline to identify new objects, as well as analyze and disseminate information about them quickly to the astronomy community.”

Science teams need quick alerts so that they could, if needed, arrange for follow-up observations of individual objects by other observatories, Bellm added.

The ZTF accomplishes its survey goals through a digital camera, consisting of 16 charge-coupled devices, mounted to the 48-inch-aperture Samuel Oschin Telescope at Palomar. A single image from the camera covers an area about 240 times the size of the moon; in just one night, the ZTF could image the entire night sky visible from the Northern Hemisphere. So far, the ZTF camera has imaged more than 1 billion stars in our galaxy alone. By comparing new images to old, the ZTF can identify objects that are new, such as a supernova lighting up for the first time, or changes to existing objects, such as a star brightening in luminosity.

The ZTF undertakes surveys for public agencies such as the National Science Foundation, as well as private entities. The sheer volume of data generated by the ZTF necessitated a new approach to data analysis and alerts, according to Bellm.

“Every image that the ZTF takes contributes to at least one survey,” said Bellm. “We needed to put an automated alert system in place that would inform the relevant survey teams – in near-real time – of every potential change or new object that the ZTF would uncover, which could be more than a million in a single night.”

Patterson, Bellm and other UW scientists — including Mario Juric, associate professor of astronomy and senior data fellow with the eScience Institute — led the effort within the ZTF to craft the automated alert system. They utilized two open-source technologies: Kafka, a real-time data-streaming platform, and Avro, a framework to serialize data for transmission and storage. The completed alert system, which was first deployed in June 2018, has successfully generated and distributed up to 1.2 million ZTF alerts each night — with each alert going out to survey teams approximately 10 seconds after it was automatically generated.


The orbit of asteroid 2019 AQ3, discovered by ZTF, is shown in this diagram. The object has the shortest “year” of any recorded asteroid, with an orbital period of just 165 days 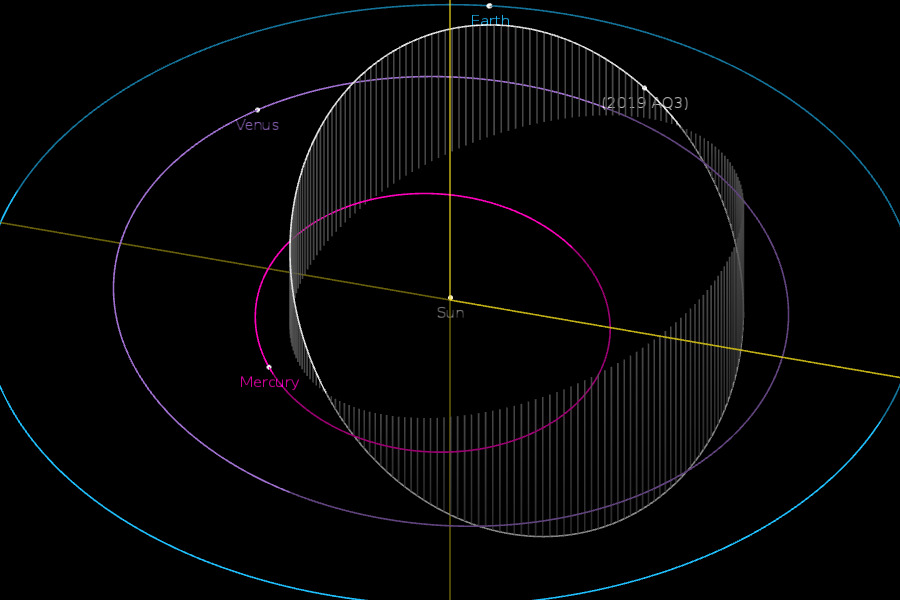 “Through these alert systems, the ZTF is sharing every change it finds with our survey partners,” said Bellm. “They are receiving every bit of data.”

Survey partners, in turn, are experimenting with machine-learning classification systems and other analysis tools to sort through the alerts.

The ZTF’s alert system is a proving ground for future “automated, time-domain astronomy” missions such as the Large Synoptic Survey Telescope, said Bellm. The LSST, which is expected to begin its sky surveys in 2022, should generate about 10 million alerts per night, which is about 10 times the maximum alert volume of the ZTF. But the ZTF alert system could form the basis of a scaled-up alert pipeline for the LSST, according to Bellm.

“We are very pleased with the opportunities that the ZTF mission has provided us,” said Bellm. “It is reassuring to know that we have the tools at hand today that are useful not only for ongoing surveys at the ZTF, but also future missions like the LSST.”