Monkey Business: The Colonization of the South Asian Rainforest Was Accompanied by the Hunt For Monkeys

A new study provides for the first time direct evidence for the hunting of tree monkeys and other small mammals by the Homo sapiens 45,000 years ago in the rainforest of Sri Lanka.

A multidisciplinary study shows that as early as 45,000 years ago , Homo sapiens hunted small mammals in the forests of Sri Lanka. The research team discovered the remains of small mammals, including monkeys, at the oldest man-colonized archeological site in Sri Lanka , with traces of burn marks and burns alongside sophisticated bone and stone tools . The hunting of such animals is an example of the unique adaptability that enabled H. sapiens to rapidly colonize a number of extreme environments apparently unaffected by his hominin relatives.

Southern Hanuman langur ( S. priam ), one of the monkey species hunted by the people who settled the Fa Hien cave in Sri Lanka. An international research team led by the Jena Max Planck Institute for the History of Humanity reports in the journal Nature Communications on new findings on the unique adaptability of Homo sapiens . The study, which also involved scientists from Sri Lanka and other international institutions, shows that as early as 45,000 years ago, the inhabitants of the tropical rainforest of Sri Lanka had specialized in the hunting of small, agile mammals. This is the oldest and most comprehensive archaeological evidence to date for the demanding, active hunting of these prey by hunters and gatherers. The new study also highlights the pronounced capabilities of Homo sapiens to adapt to different habitats compared to other hominins.

The tropical rainforests: a unique challenge

Recent research has shown that as modern humans spread throughout the world, it has adapted to a variety of extreme habitats, including desert and high mountain regions, the paleo-arctic, and tropical rainforests. So far, however, the scientific discourse on global dispersal has focused mostly on increased efficiency in hunting, slaughter, and consumption of medium-sized to large game of open savannahs. In addition, coastal areas were considered an important source of proteins that favored human evolution and further spread.

Tropical rainforests, on the other hand, received less attention in the discussion. These habitats have been perceived by professionals to be obstacles to the spread of humans, posing particular challenges because of the presence of animals and diseases, and limited resources. In particular, compared to the large animals of the open savannah, small, agile tree monkeys and squirrels are difficult to catch and provide lower levels of protein.

Small mammals and the complexity of hunting

The hunting of small mammals has long been considered a feature of technological and behavioral "complexity" or "modernity" that is unique to our species. Earlier research in Europe and the Near East has linked the increasing capture and consumption of small mammals with both increasing populations and climatically induced crises.

However, in other parts of the world, especially in Asia and outside the temperate zones, the onset and nature of hunting for small mammals has been poorly understood. "Over the past two decades, research has shown that human colonization of tropical rainforests in South Asia, Southeast Asia and Melanesia began at least 45,000 years ago, making it likely that humans in that environment will already be feeding small mammals as food sources at this early stage ", says co-author Dr. Patrick Roberts from the Max Planck Institute for the History of Human History.

A special feature of Sri Lanka 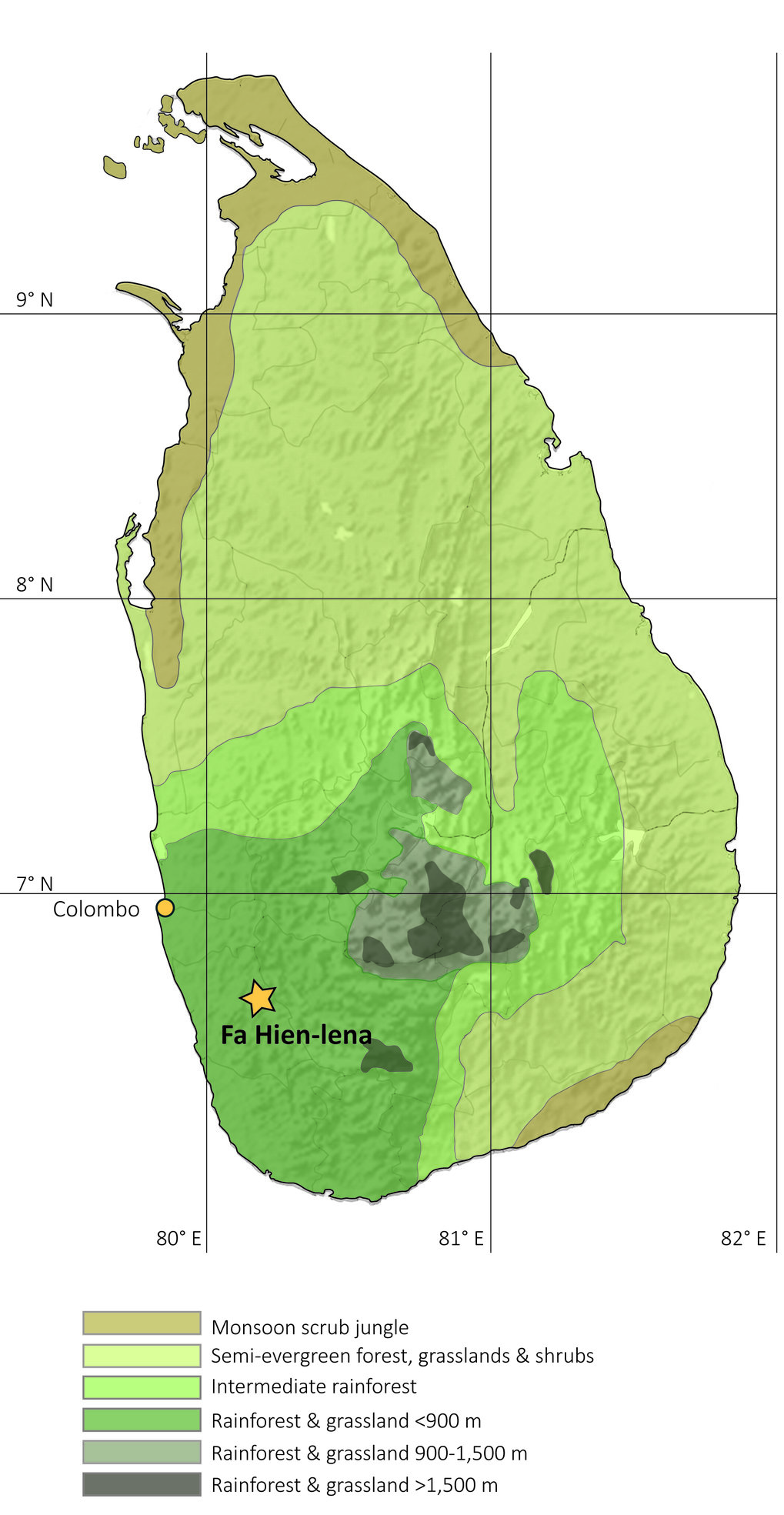 Sri Lanka plays a prominent role in the discussion of early human adaptation to tropical rainforests, although there is a general lack of systematic and detailed analysis of animal remains from archaeological sites on the island. The current study analyzed and dated animal remains and combinations of stone and bone tools of the Fa-Hien Lena cave using radiocarbon dating. Located in the middle of the tropical rainforest of Sri Lanka, it is the site of the oldest archaeological evidence for the presence of Homo sapiens in Sri Lanka.

"The results prove a demanding and specialized hunt for tree monkeys and other primates as well as squirrel already 45,000 years ago in the tropical rainforest", says first author Oshan Wedage of the Max Planck Institute for the History of Mankind. Co-author dr. Noel Amano adds: "This is also confirmed by the monkey bones tools that have been worked on using sophisticated techniques."

The research results show a finely tuned focus in the hunt of monkeys and other small mammals. Thus, the findings point to a sustainable hunting strategy of Homo Sapiens , were hunted only adult animals, and thus the tropical rain forest was not over-exploited by the presence and practices of humans.

"Monkeys were part of the menu, and using this hard-to-reach resource is another example of the behavioral and technological flexibility of Homo sapiens, " says Prof. Michael Petraglia of the Max Planck Institute for Human History, one of the study leaders. Further analysis of the tools and animal remains left by the early members of our species also promises more detailed insights into the diversity of strategies that enabled Homo sapiens to colonize the continents of the world and survive as the only hominin species.