Coprolites, or fossil droppings, of the dinosaur-like archosaur Smok wawelski contain lots of chewed-up bone fragments. This led researchers at Uppsala University to conclude that this top predator was exploiting bones for salt and marrow, a behavior often linked to mammals but seldom to archosaurs. 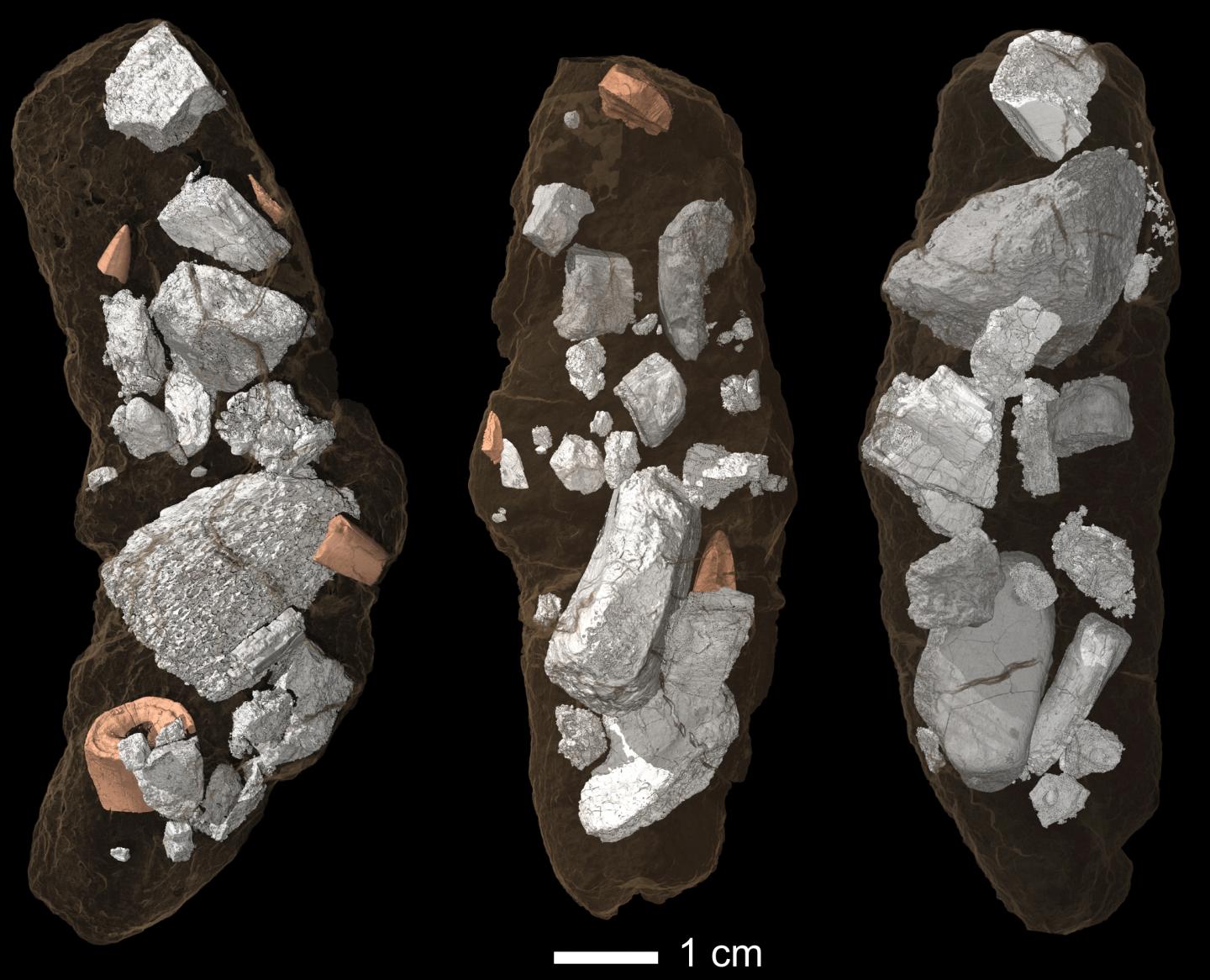 
Most predatory dinosaurs used their blade-like teeth to feed on the flesh of their prey, but they are commonly not thought to be much of bone crushers. The major exception is seen in the large tyrannosaurids, such as Tyrannosaurus rex, that roamed North America toward the end of the age of dinosaurs. The tyrannosaurids are thought to have been osteophagous (voluntarily exploiting bone) based on findings of bone-rich coprolites, bite-marked bones, and their robust teeth being commonly worn.

In a study published in Scientific Reports, researchers from Uppsala University were able to link ten large coprolites to Smok wawelski, a top predator of a Late Triassic (210 million year old) assemblage unearthed in Poland. This bipedal, 5-6 meters long animal lived some 140 million years before the tyrannosaurids of North America and had a T. rex-like appearance, although it is not fully clear whether it was a true dinosaur or a dinosaur-like precursor.

The researchers found several crushed teeth in the fossil droppings, probably belonging to Smok wawelski itself. The teeth were crushed against hard food items and involuntarily ingested. 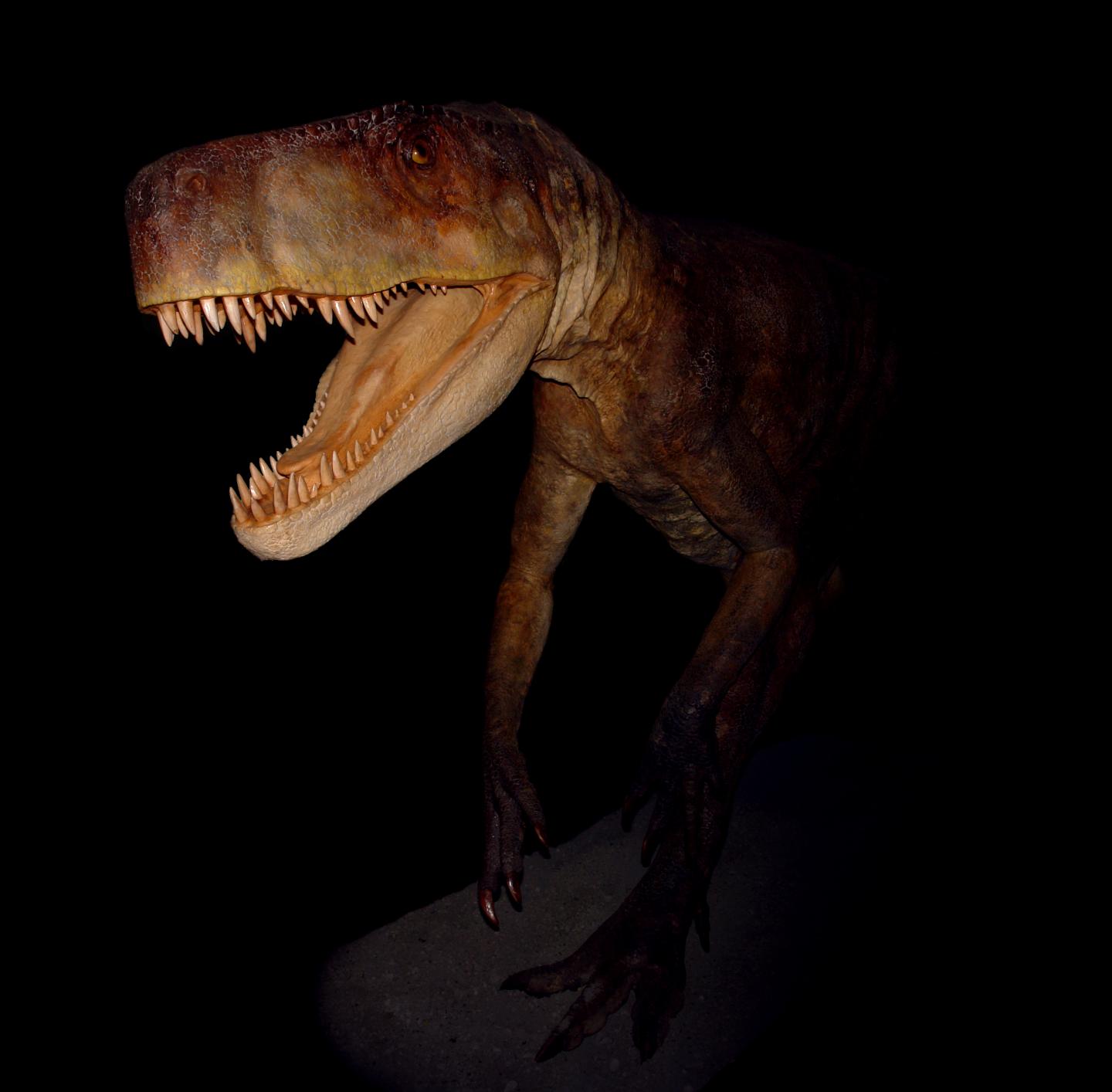 Three of the coprolites were scanned using synchrotron microtomography. This method has just recently been applied to coprolites and works somewhat like a CT scanner in a hospital, with the difference that the energy in the x-ray beams is much stronger. This makes it possible to visualize internal structures in fossils in three dimensions.

The coprolites were shown to contain up to 50 percent of bones from prey animals such as large amphibians and juvenile dicynodonts. Several crushed serrated teeth, probably belonging to the coprolite producer itself, were also found in the coprolites. This means that the teeth were repeatedly crushed against the hard food items (and involuntarily ingested) and replaced by new ones.

Coprolites, or fossil droppings, of the dinosaur-like archosaur Smok wawelski contain lots of chewed-up bone fragments. This led researchers at Uppsala University to conclude that this top predator was exploiting bones for salt and marrow, a behavior often linked to mammals but seldom to archosaurs. 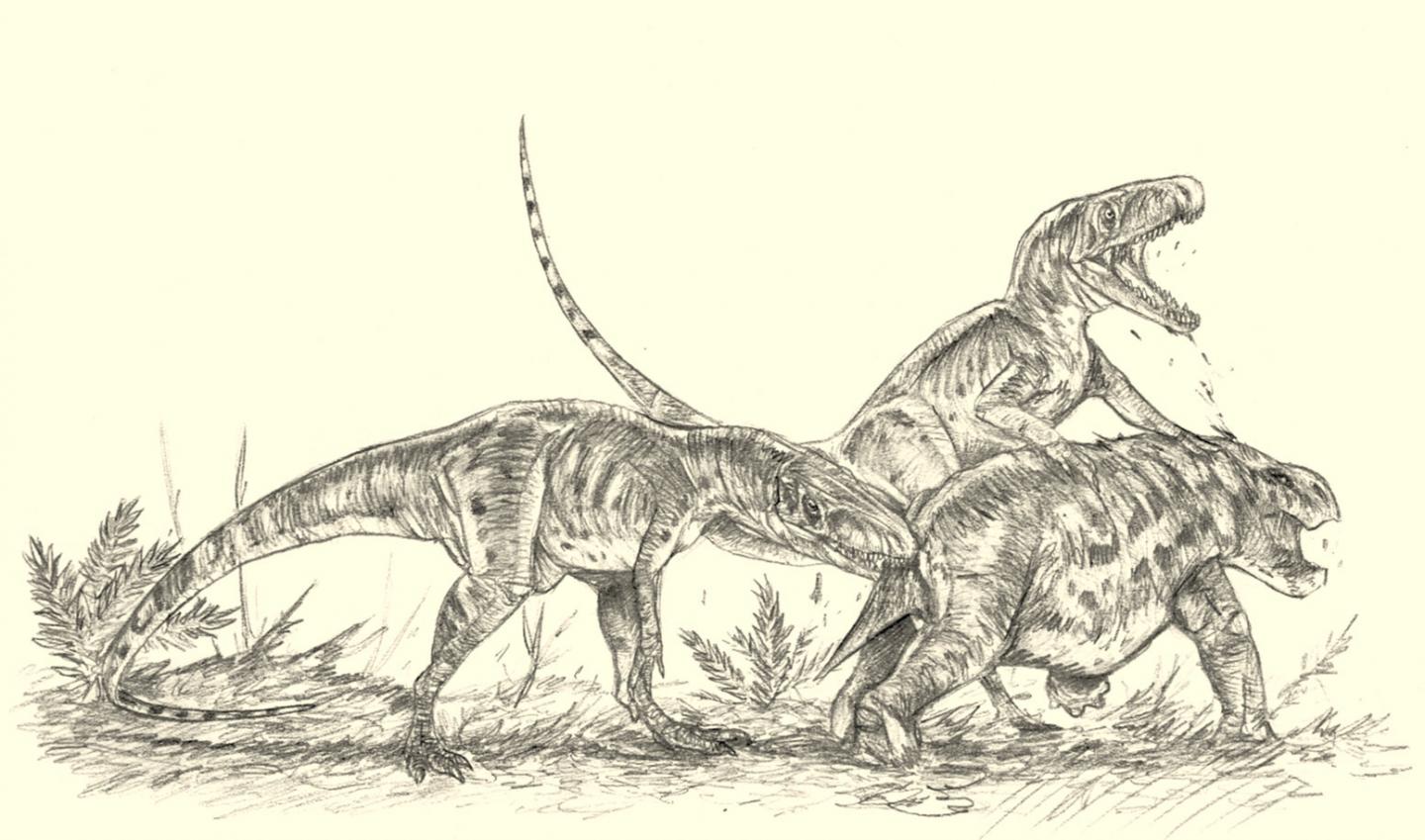 Further evidence for a bone-crushing behaviour can also be found in the fossils from the same bone beds in Poland. These include worn teeth and bone-rich fossil regurgitates from Smok wawelski, as well as numerous crushed or bite-marked bones.

Several of the anatomical characters related to osteophagy, such as a massive head and robust body, seem to be shared by S. wawelski and the tyrannosaurids, despite them being distantly related and living 140 million years apart. These large predators therefore seem to provide evidence of similar feeding adaptations being independently acquired at the beginning and end of the age of dinosaurs.