Smart Microrobots Can Adapt To Their Surroundings

Scientists at Ecole Polytechnique Fédérale de Lausanne (EPFL) and ETH Zurich have developed tiny elastic robots that can change shape depending on their surroundings. Modeled after bacteria and fully biocompatible, these robots optimize their movements so as to get to hard-to-reach areas of the human body. They stand to revolutionize targeted drug delivery. 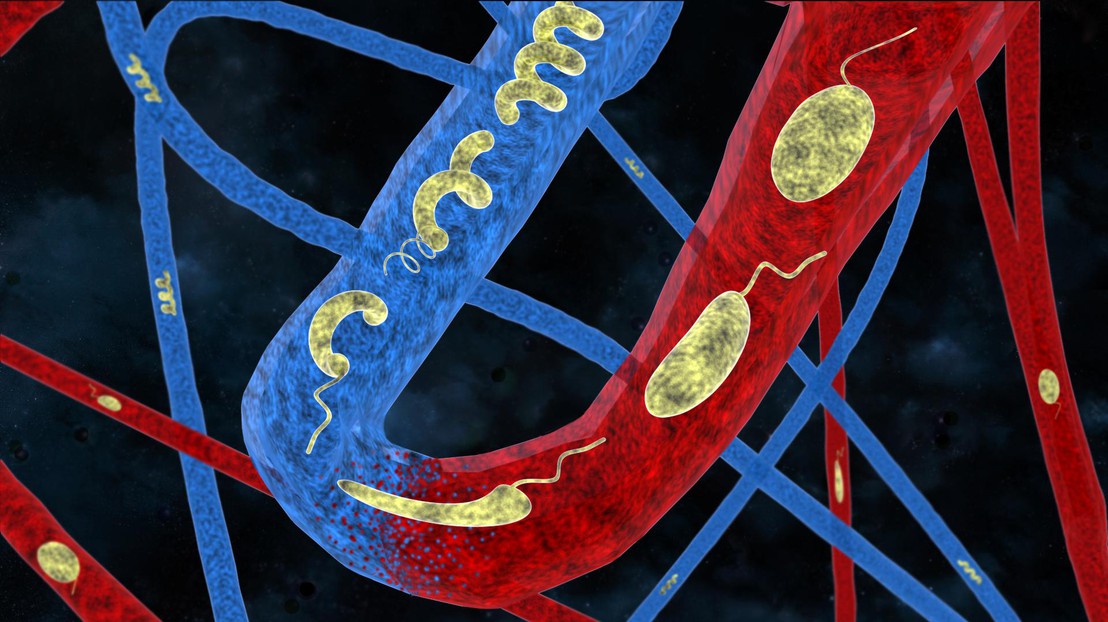 One day we may be able to ingest tiny robots that deliver drugs directly to diseased tissue, thanks to research being carried out at EPFL and ETH Zurich.

The group of scientists – led by Selman Sakar at EPFL and Bradley Nelson at ETH Zurich – drew inspiration from bacteria to design smart, biocompatible microrobots that are highly flexible. Because these devices are able to swim through fluids and modify their shape when needed, they can pass through narrow blood vessels and intricate systems without compromising on speed or maneuverability. They are made of hydrogel nanocomposites that contain magnetic nanoparticles allowing them to be controlled via an electromagnetic field.

In an article appearing in Science Advances, the scientists describe the method they have developed for “programming” the robot’s shape so that it can easily travel through fluids that are dense, viscous or moving at rapid speeds.

When we think of robots, we generally think of bulky machines equipped with complex systems of electronics, sensors, batteries and actuators. But on a microscopic scale, robots are entirely different.


Fabricating miniaturized robots presents a host of challenges, which the scientists addressed using an origami-based folding method. Their novel locomotion strategy employs embodied intelligence, which is an alternative to the classical computation paradigm that is performed by embedded electronic systems. “Our robots have a special composition and structure that allow them to adapt to the characteristics of the fluid they are moving through. For instance, if they encounter a change in viscosity or osmotic concentration, they modify their shape to maintain their speed and maneuverability without losing control of the direction of motion,” says Sakar.

These deformations can be “programmed” in advance so as to maximize performance without the use of cumbersome sensors or actuators. The robots can be either controlled using an electromagnetic field or left to navigate on their own through cavities by utilizing fluid flow. Either way, they will automatically morph into the most efficient shape.Contacts and sources:
Laure-Anne Pessina