Separate skeletons suggested to be from different early hominin species are, in fact, from the same species, a team of anthropologists has concluded.

A life reconstruction of Au. sediba, commissioned by the University of Michigan’s Museum of Natural History. 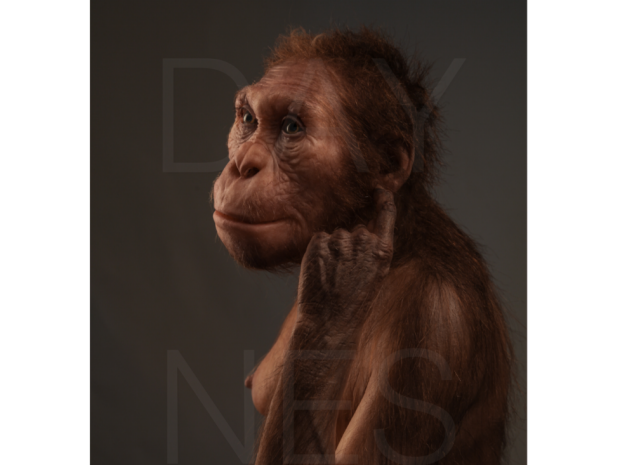 
Research Part of Detailed Accounting of Nearly Two-Million-Year-Old Species
Separate skeletons suggested to be from different early hominin species are, in fact, from the same species, a team of anthropologists has concluded in a comprehensive analysis of remains first discovered a decade ago.

The research appears in a special issue of the journal PaleoAnthropology and is part of a series of articles that offers the most comprehensive accounting to date of Australopithecus sediba (A. sediba), a hominin species discovered in South Africa in 2008.

The fossil site of Malapa in the Cradle of Humankind, South Africa yielded two partial skeletons: a juvenile male individual—Malapa Hominin 1 (MH1)—and an adult female (MH2); each is more complete than the famous “Lucy” specimen from Ethiopia. The discovery of Malapa was made by Lee Berger, a professor in the Evolutionary Studies Institute at the University of the Witwatersrand in South Africa, who, with colleagues, dated the site to just under two million years old. They named a new hominin species, Australopithecus sediba, based on MH1 and MH2.

Images of a life reconstruction of Au. sediba, commissioned by the University of Michigan’s Museum of Natural History 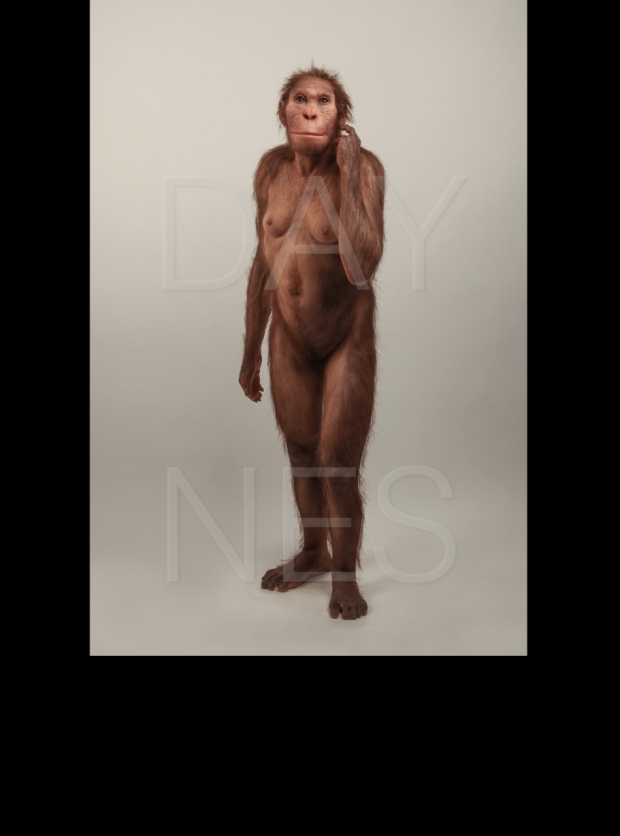 Over the past decade, researchers have been piecing together these skeletons; the culmination of their work appears in PaleoAnthropology, co-edited by New York University anthropologist Scott Williams and Dartmouth College anthropologist Jeremy DeSilva. The issue’s nine papers, which analyze 135 fossils, outline A. sediba’s skull, vertebral column, thorax, pelvis, upper limb, hand, and lower limb as well as its body proportions and walking mechanics.

The papers’ consensus is that A. sediba is a unique species distinct from both A. africanus, with which it shares a close geographic proximity, and from early members of the genus Homo (e.g., H. habilis) in both East and South Africa, but that it shares features with both groups, suggesting a close evolutionary relationship.

“Our interpretations in the papers suggest that A. sediba was adapted to terrestrial bipedalism, but also spent significant time climbing in trees, perhaps for foraging and protection from predators,” says Williams, whose research in the issue centered on the axial skeleton (vertebrae, ribs, and sternum). “This larger picture sheds light on the lifeways of A. sediba and also on a major transition in hominin evolution, that of the largely ape-like species included broadly in the genus Australopithecus to the earliest members of our own genus, Homo.”

A few years ago, a separate research group posited that the hominin fossils at Malapa belonged to two different species—in part due to differences in their lumbar vertebrae. However, an analysis by Williams and his colleagues, including two Ph.D. candidates in anthropology at NYU, Jennifer Eyre and Thomas Prang, indicates that both are from A. sediba and that distinctions are due to age.

“The differences in these vertebrae can simply be attributed to their developmental age differences: the juvenile individual’s vertebrae have not yet completed growth, whereas the adult’s vertebra growth is complete,” he explains. “As it happens, the two Homo erectus skeletons we have are juveniles, so MH1 looks more similar to them because it too is a juvenile.”