Old Plants Flower in the Cold of Winter

Many plants flower in spring after exposure to winter cold. However, often young plants are insensitive to the cold, and only older plants flower under these conditions. Scientists at the Max Planck Institute for Plant Breeding Research in Cologne have investigated how the age of the plant determines its sensitivity to winter cold. They showed that a protein called SPL15 controls the age at which plants flower in cold.

The alpine rock-cress is a perennial herbaceous species which can be found up to 3000 meters above sealeavel. A sophisticated genetic mechanism ensures that only older plants develop floral buds during winter. 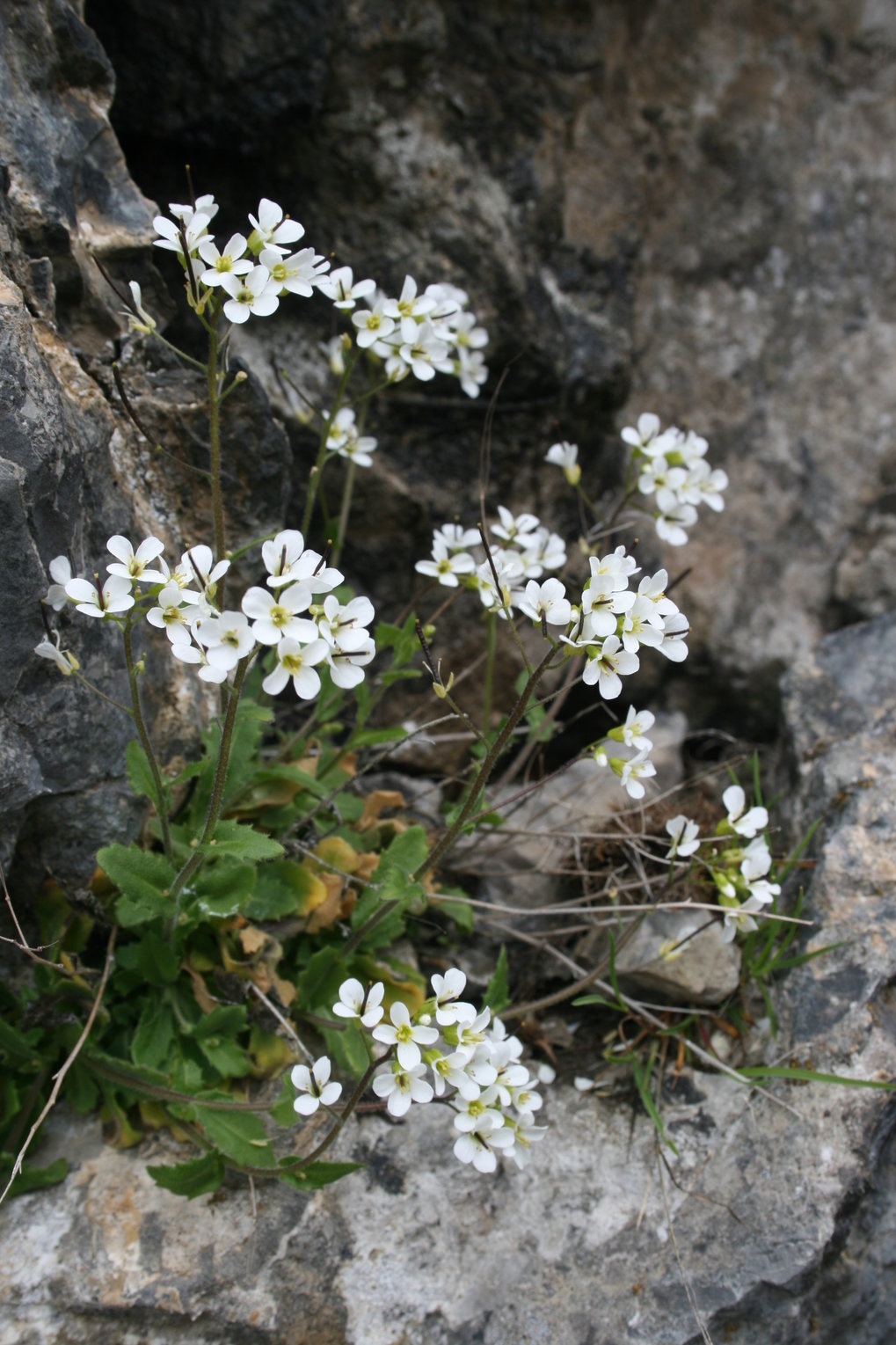 Youbong Hyun and colleagues from the laboratory of Director George Coupland studied how the age of the plant influences flowering by comparing the behavior of annual and perennial species. Annuals live for less than a year and flower rapidly in response to environmental signals. On the other hand, perennial plants live for many years, but only flower and produce seeds as old plants.

Recently, Hyun and colleagues addressed how in the model perennial species Arabis alpina the response to winter cold is delayed until the plant is several weeks old. They showed that this plant produces flower buds only in the cold and that this depends on the activity of SPL15. However, a double lock on SPL15 activity ensures that only old plants exposed to cold flower. The SPL15 gene is repressed by a protein called PEP1 before and after winter, but PEP1 is itself repressed in cold allowing SPL15 to be activated and trigger the formation of floral buds.

Also, young plants do not flower in cold, because a small RNA called microRNA156 that is only present in young plants recognizes the SPL15mRNA and prevents formation of the protein. Thus the effects of cold and age directly regulate SPL15 activity to control flowering.

The researchers then went on to compare the perennial system, with that of the related annual species Arabidopsis. This annual plant can flower in response to cold when only a few days old. However, they found that in these young plants SPL15 activity is repressed by microRNA156, as in Arabis alpina, and that flowering occurs by a different route. They showed that the annual plants do not produce flower buds in the cold but only after the return to warm.
Switching the behavior of annuals and perennials

This is possible in the annual because the PEP1 gene of this species is not active after the plant has been exposed to winter cold. In a final twist, they show that if they introduce the annual PEP1 gene into perennial Arabis alpina, they can convert its flowering behavior so that it now responds to winter cold as a young plant.

“Annual and perennial plant species behave very differently in many ways, including in their flowering patterns. However, our work shows that introducing a single gene from one species into another is sufficient to switch major aspects of their physiology. This helps explain how annual species have arisen from perennial progenitors many times during evolution and suggests new ways of engineering reproductive behaviour,” George Coupland explains.