Anchiornis, one of the earliest feathered dinosaurs ever discovered, was found to have the ability to fly. However, could it fly like birds today? A new study published in the Proceedings of the National Academy of Sciences (PNAS) by researchers from China and the U.S. says no.

The flight feathers of modern birds are mainly composed of β-keratin, which gives them special biomechanical properties (such as flexibility, elasticity and strength) to meet the needs of flight.

This is the Anchiornis specimen studied in this work. 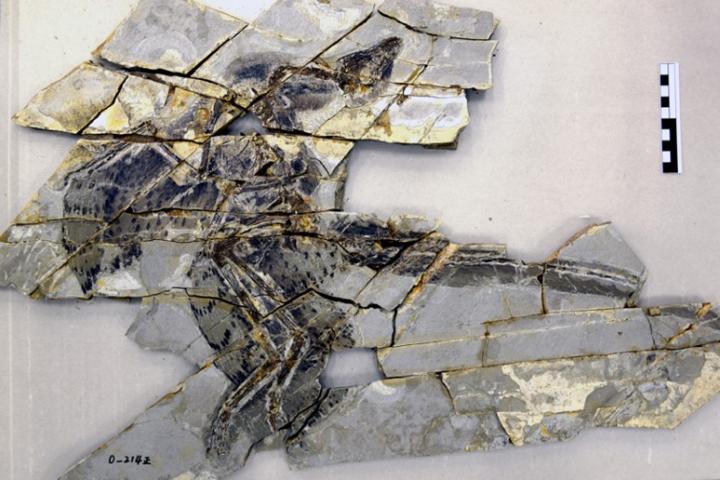 Dr. PAN Yanhong from the Nanjing Institute of Geology and Palaeontology of the Chinese Academy of Sciences (NIGPAS) and her colleagues used electron microscopy and chemical analyses to compare flight feathers of Anchiornis with those of a chicken and four other feathered dinosaur and fossil birds.

They found that Anchiornis feathers were predominated by thicker α-keratins rather than thinner β-keratins, and lacked the biomechanical properties needed for flight, although they did contain some of the necessary molecular structures as indicated by the presence of feather β-keratins.

This is a TEM image of the fossilized feather from the Anchiornis specimen. 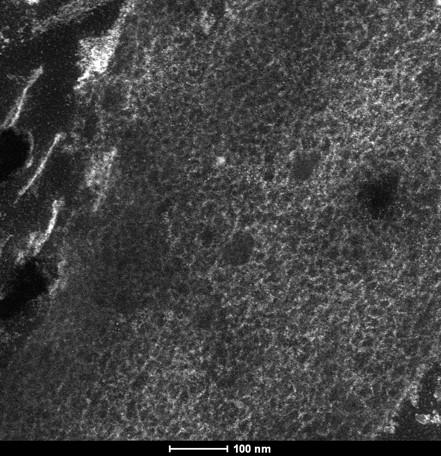 
On the other hand, Pan and colleagues also showed that the flight feathers of Chinese Mesozoic birds such as Eoconfuciusornis and Yanornis, as well as a Cenozoic bird, were mainly composed of β-keratins, as in modern birds.

The findings suggest that even though Anchiornis feathers were not suitable for powerful flight, their molecular composition may signify an intermediate stage in the evolution of avian flight feathers.