Envisioned 'Octopus Farms' Would Have Far-Reaching and Detrimental Environmental Impact

Commercial octopus farming, currently in developmental stages on multiple continents, would have a negative ripple effect on sustainability and animal welfare.


Commercial octopus farming, currently in developmental stages on multiple continents, would have a negative ripple effect on sustainability and animal welfare, concludes a team of researchers in a newly published analysis.

Commercial octopus farming, currently in developmental stages on multiple continents, would have a negative ripple effect on sustainability and animal welfare, concludes a team of researchers in a newly published analysis.

“We are all living during the rapid domestication of aquatic species and research is almost entirely around the question of which aquatic animals we can farm, rather than which animals we should farm,” says Jennifer Jacquet, an assistant professor in New York University’s Department of Environmental Studies and the lead author of the work, which appears in the journal Issues in Science and Technology. “Universities and companies are investing time and money into farming octopus, which we believe is a big mistake. Mass producing octopus would repeat many of the same mistakes we made on land in terms of high environmental and animal welfare impacts, and be in some ways worse because we have to feed octopus other animals.”

The analysis, which notes that nearly 190 countries currently farm approximately 550 aquatic species, is co-authored with Peter Godfrey-Smith of the University of Sydney, Becca Franks, a visiting assistant professor in NYU's Department of Environmental Studies, and Walter Sanchez-Suarez, a postdoctoral researcher from Spain working at the University of Sussex.

Spain, along with Mexico, Japan, and China are increasing scientific efforts to build the knowledge to scale-up commercial octopus farming. For instance, Nissui, a seafood company based in Japan, is advancing octopus farming and predicting a fully farmed market-ready octopus by 2020. 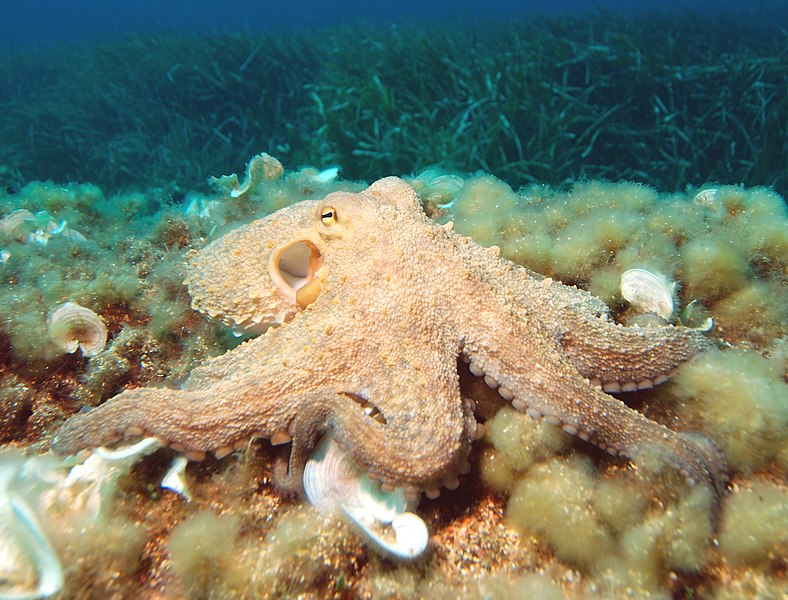 Given these developments, the research team sought to explore the potential impact of octopus farms.

Its examination of related, existing scholarship revealed the following:
Research has shown that octopus have considerable cognitive and behavioral complexity, making farming—in which they are placed in enclosed environments—acutely incompatible with their make-up. As a result, the high mortality rates, increased aggression, and parasitic infection found with existing aquatic farms are likely to be significantly more pronounced with octopus.

Looking beyond the challenges posed by such farms, the researchers question their necessity.

“If society decides we cannot farm octopus, it will mean relatively few people can continue to eat them,” they observe. “However, in the case of octopus, this does not pose problems for food security. The main markets for octopus—Japan, South Korea, northern Mediterranean countries, the U.S., China, and Australia—are food secure.

“Right now, the farming of octopus is constrained by the technology, but the technology may well become available to farm octopus at an industrial scale. If such an opportunity comes, we hope that the serious welfare and environmental problems associated with such projects are recognized, and octopus farming is discouraged or prevented. There are better directions for the future of farming.”