The Earth’s atmosphere and oceans play vital roles in moving heat from one part of the world to another, and new research is illuminating how those patterns are changing in the face of climate change.

“The greenhouse effect and carbon dioxide aren’t the only issues to consider as the planet grows warmer – they are just one part of the equation. The way that the atmosphere and oceans move heat around is changing, too, and this could have significant effects on temperatures around the world,” said Zhengyu Liu, co-lead author of the study and professor of climate dynamics in the Department of Geography at The Ohio State University.

Liu and Chengfei He, a graduate student in Ohio State’s atmospheric science program, analyzed model simulations to illustrate how heat is expected to be transferred by the oceans and atmosphere in the near future. The researchers compared the models with historical temperature data from the oceans themselves to paint a clearer picture of how climate change is shifting and will continue to shift these patterns in this century. Their study appears online today (Jan. 28, 2019) in the journal Nature Climate Change.

Without heat transfer, the world’s hottest spots would be sizzling and the coolest spots would be even more frigid. Conditions in both hot and cold climates are affected by the movement of heat from the equator toward the poles in the atmosphere and oceans, He said. 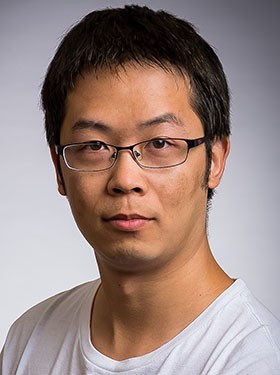 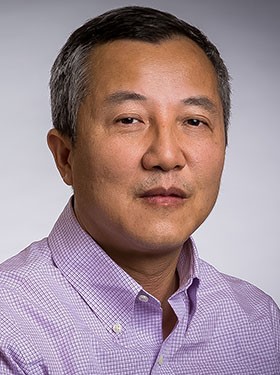 
As scientists look for a better understanding of all the factors contributing to climate change – and for ways to ameliorate the problem – these heat-transfer patterns are important to watch, He said.

“The ocean stores a lot of heat and in the last 50 years that has increased. And we can correlate that directly with increases in atmospheric carbon dioxide caused by human activity,” Liu said. “Most studies like this have looked at future changes, hundreds of years from now. We examined the near-term differences of a warming climate.”

For now, that heat is not re-entering the atmosphere, but at some point it may. If that were to happen, changes in heat transfer could contribute to significant shifts in normal temperatures worldwide, he said.

“For instance, if we didn’t have heat transfer, Ohio would be 20 or 30 degrees colder than we are right now,” Liu said. “Therefore, it is important to predict how the heat transfer will be changed in the future.”