Film recordings show for the first time how the energy distribution in a graphite sample changes in the ultrashort period of 50 femtoseconds.

During the conversion of light into electricity, such as in solar cells, a large part of the input light energy is lost. This is due to the behaviour of electrons inside of materials. If light hits a material, it stimulates electrons energetically for a fraction of a second, before they pass the energy back into the environment. Because of their extremely short duration of a few femtoseconds - a femtosecond is one quadrillionth of a second - these processes have hardly been explored to date.

A team from the Institute of Experimental and Applied Physics at Kiel University (CAU), under the direction of Professor Michael Bauer and Professor Kai Roßnagel, has now succeeded in investigating the energy exchange of the electrons with their environment in real time, and thereby distinguishing individual phases. In their experiment, they irradiated graphite with an intense, ultrashort light pulse and filmed the impact on the behaviour of electrons.

With its ultrafast light rays, the Kiel system is one of the fastest and most powerful in the world. 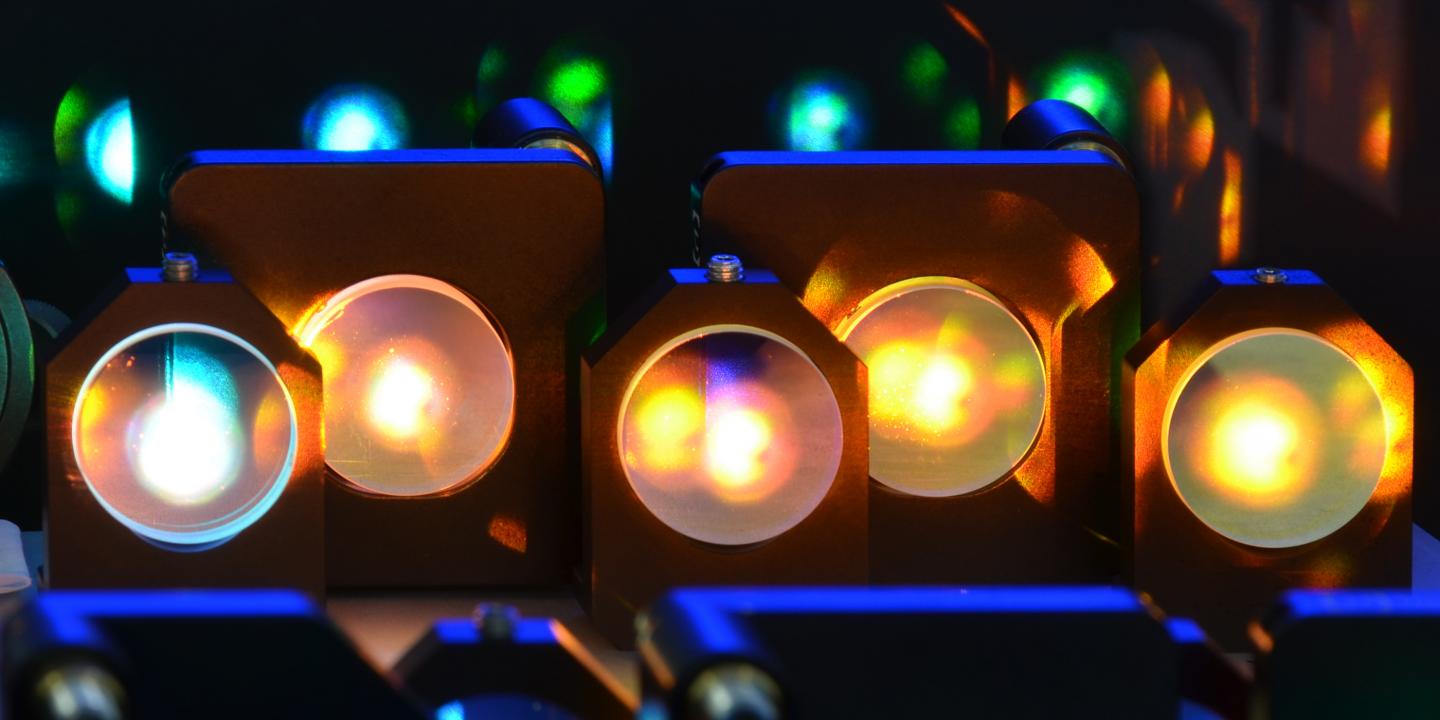 A comprehensive understanding of the fundamental processes involved could be important in future for applications in ultrafast optoelectronic components. The research team has published these findings in the current edition of the journal Physical Review Letters.

In order to follow the behaviour of electrons on the basis of this description in real time, the Kiel research team developed an experiment for investigations with extreme temporal resolution: if a material sample is irradiated with an ultrafast pulse of light, the electrons are stimulated for a short period. A second, delayed light pulse releases some of these electrons from the solid. A detailed analysis of these allows conclusions to be drawn regarding the electronic properties of the material after the first stimulation with light. A special camera films how the light energy introduced is distributed through the electron system.

Developed in Kiel:one of the world's fastest systems

The special feature of the Kiel system is its extremely high temporal resolution of 13 femtoseconds. This makes it one of the fastest electron cameras in the world. "Thanks to the extremely short duration of the light pulses used, we are able to film ultrafast processes live. Our investigations have shown that there is a surprising amount of stuff happening here," explained Michael Bauer, professor of ultrafast dynamics at the CAU. He developed the system, together with the working group of Kai Roßnagel, professor of solid state research with synchrotron radiation.

In their current experiment, the research team irradiated a graphite sample with a short, intense light pulse of only seven femtoseconds duration. Graphite is characterised by a simple electronic structure. Thus, fundamental processes can be observed particularly clearly. In the experiment, the impacting light particles - also called photons - disturbed the thermal equilibrium of the electrons. This equilibrium describes a condition in which a precisely-definable temperature prevails amongst the electrons. The Kiel research team then filmed the behaviour of the electrons, until a balance was restored after about 50 femtoseconds.

In doing so, the scientists observed numerous interaction processes of excited electrons with the impacting photons, as well as atoms and other electrons in the material. On the basis of the film footage, they could even distinguish different phases within this ultrashort period: first of all, the irradiated electrons absorbed the light energy of the photons in the graphite, and thereby transformed it into electrical energy. Then the energy was distributed to other electrons, before they passed it on to the surrounding atoms. In this last process, the electrical energy is ultimately permanently converted into heat; the graphite warms up.

With the ultrafast system in the Physics Centre at the CAU, the behaviour of electrons can be filmed live. 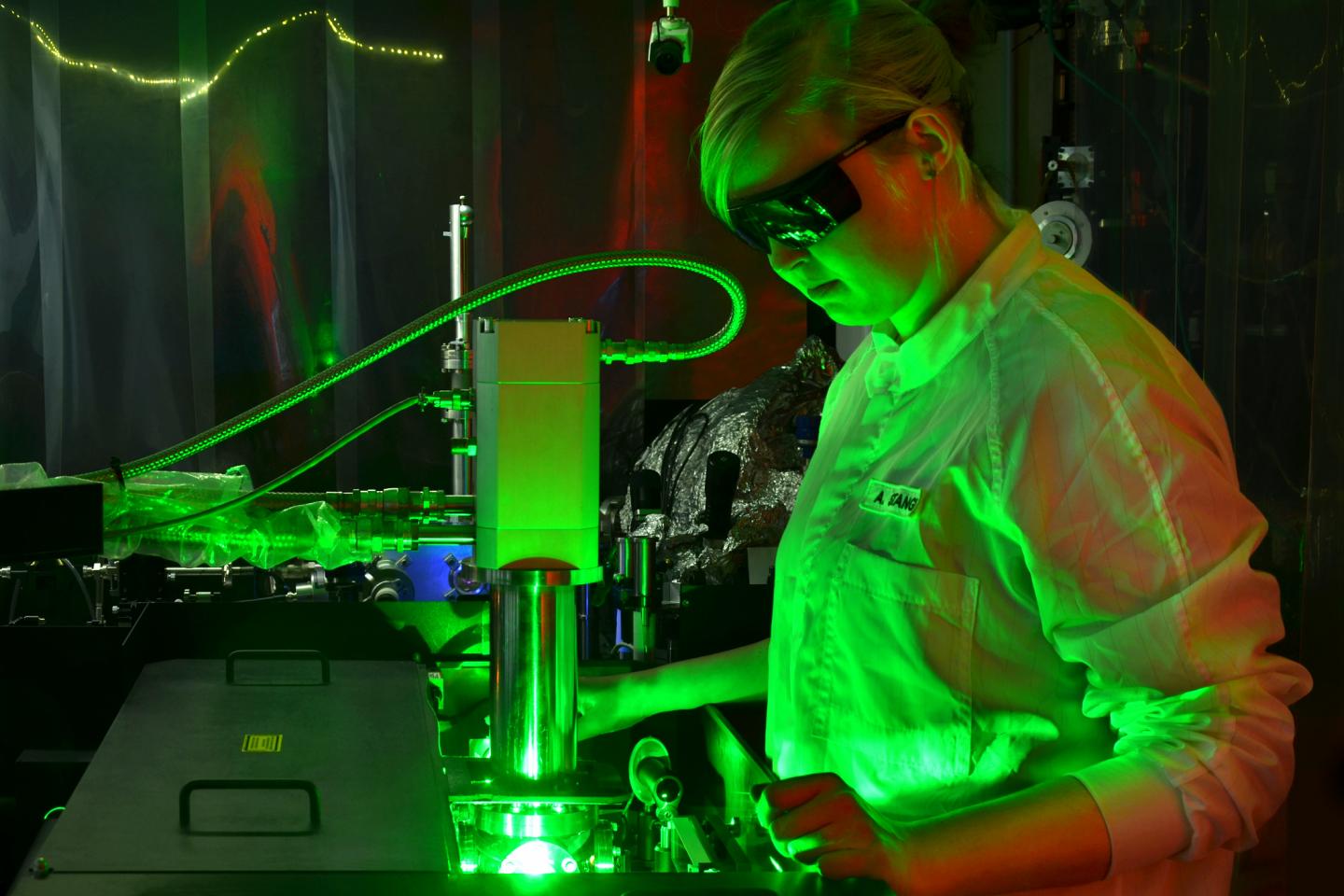 The experiments of the Kiel research team also confirm theoretical predictions for the first time. They enable a new perspective on a research topic which has hardly been investigated on this short time scale. "Through our new technical possibilities, these fundamental, complex processes can be observed directly for the first time," said Bauer. This approach could also be applied in the future to investigate and optimise ultrafast motions of light-agitated electrons in materials with promising optical properties.

The study was funded by the German Research Foundation (DFG).It was highlighted by the publishers of the journal in Physics, the American Physical Society's highlight journal.