Strong Interactions Produce a Dance Between Light and Sound

Light and high-frequency acoustic sound waves in a tiny glass structure can strongly couple to one another and perform a dance in step.

A team of researchers from Imperial College London, the University of Oxford, and the National Physical Laboratory have experimentally achieved a long-standing goal to demonstrate the so-called “strong-coupling regime” between light and high-frequency acoustic vibrations.

The team’s research will have impact for classical- and quantum-information processing and even testing quantum mechanics at large scales. The details of their research are published today in the prestigious journal Optica.

Light (shown in orange) is injected into an optical microresonator via a tapered optical fibre. The light circulates many thousands of times inside the structure and couples strongly to high-frequency acoustic waves 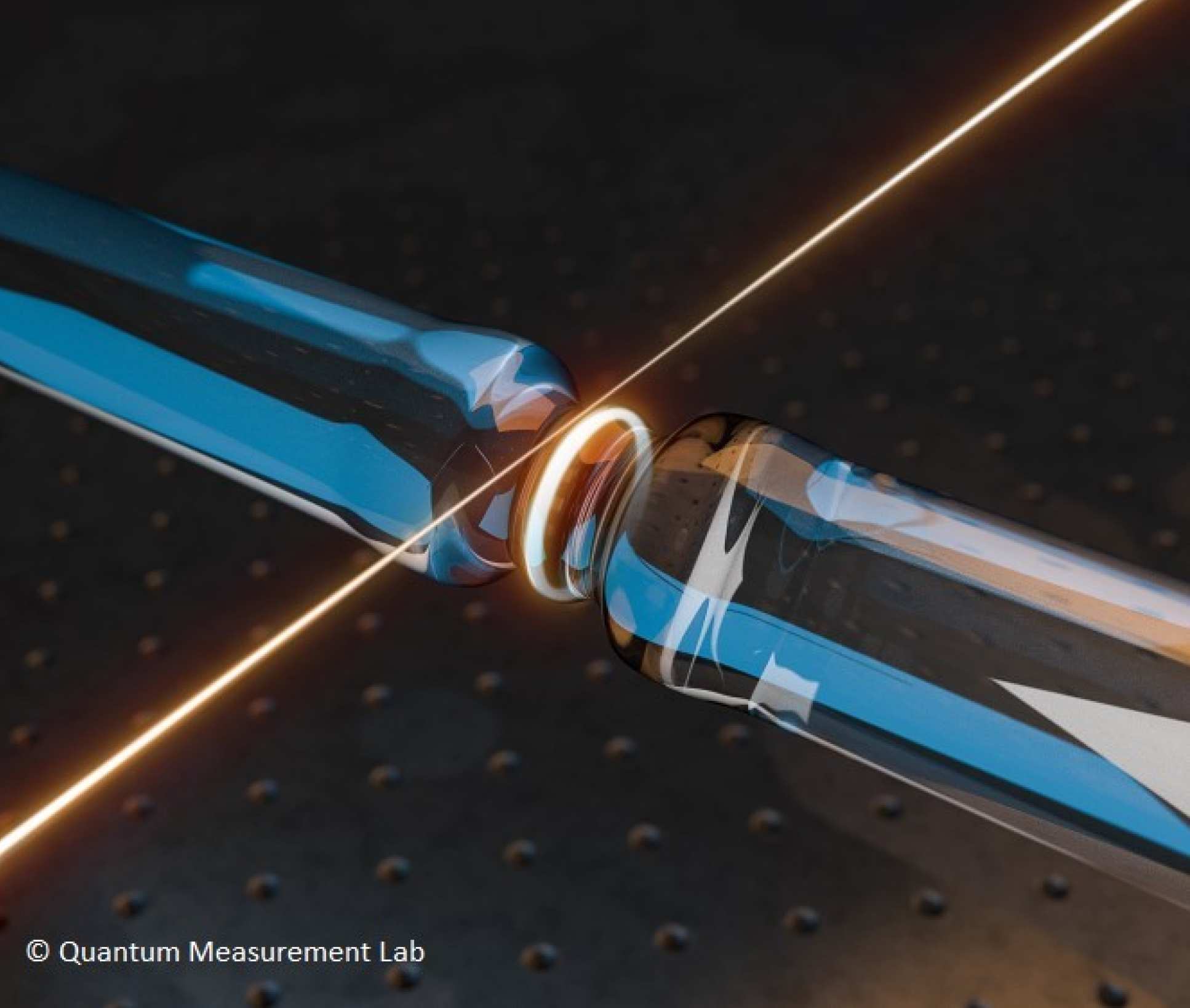 Central to the team’s research are 'whispering-gallery-mode resonances' where light bounces many times around the surface of a tiny round glass structure shown in the figure above.

This phenomenon is named after an effect that was observed in St Paul’s cathedral in the nineteenth century, where one could whisper along the wall of the round gallery building and be heard on the other side.

"It is fascinating that these glass ring resonators can store excessive amounts of light, which can 'shake' the molecules in the material and generate acoustic waves," said project co-author Dr Pascal Del’Haye of the National Physical Laboratory.
Using 'whispering galleries'

As the light circulates around the circumference of the glass structure it interacts with an 11 GHz acoustic vibration that causes light to be scattered in the reverse direction. This interaction allows energy to be swapped between the light and sound at a certain rate. However, both the light- and the sound-fields will decay due to friction-like processes, preventing the two from dancing in step.

The team overcame this challenge by utilizing two such whispering-gallery-mode resonances and achieved a coupling rate that is larger than these friction-like processes, allowing the signatures of the light-sound dance to be observed.

Lead author of the project, Georg Enzian at the University of Oxford, said: “Achieving this strong-coupling regime was a thrilling moment for us.” Professor Ian Walmsley, co-author of the project, and Provost of Imperial College London, said: “I’m excited about the near- and longer-term-prospects for this new experimental platform.”

Looking ahead, the team are now preparing the next generation of these experiments that will operate at temperatures close to absolute zero. “This will allow highly sensitive quantum mechanical behaviour to be explored and utilized for the development of quantum technologies,” said principal investigator of the project, Dr Michael Vanner from the Quantum Measurement Lab at Imperial College London.