How Far Out Is 'Farout,' Dwarf Planet Is Most Distant Object in Solar System Yet Found 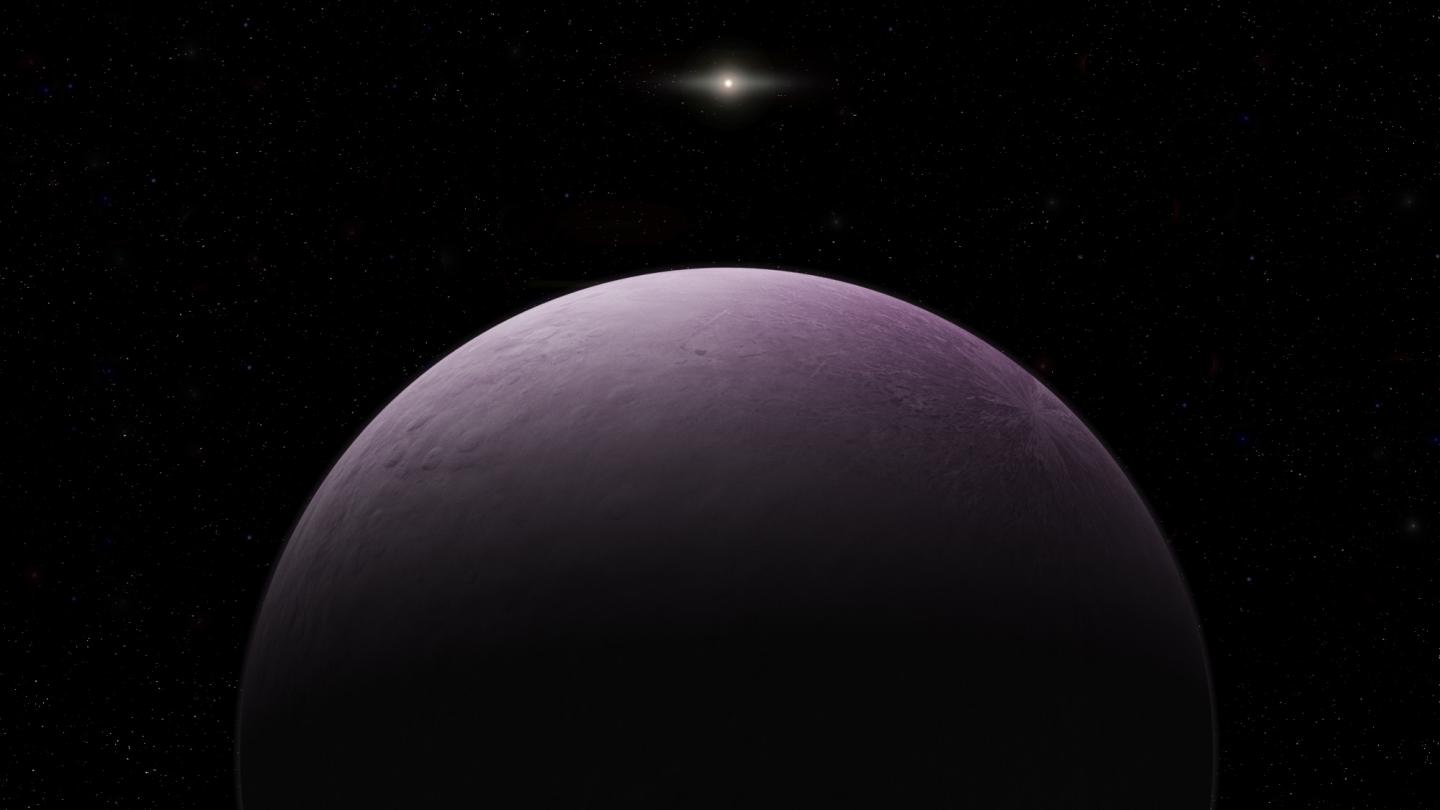 Illustration by Roberto Molar Candanosa is courtesy of the Carnegie Institution for Science.

A team of astronomers has discovered the most-distant body ever observed in our Solar System. It is the first known Solar System object that has been detected at a distance that is more than 100 times farther than Earth is from the Sun.

The new object was announced on Monday, December 17, 2018, by the International Astronomical Union's Minor Planet Center and has been given the provisional designation 2018 VG18. The discovery was made by Carnegie's Scott S. Sheppard, the University of Hawaii's David Tholen, and Northern Arizona University's Chad Trujillo. 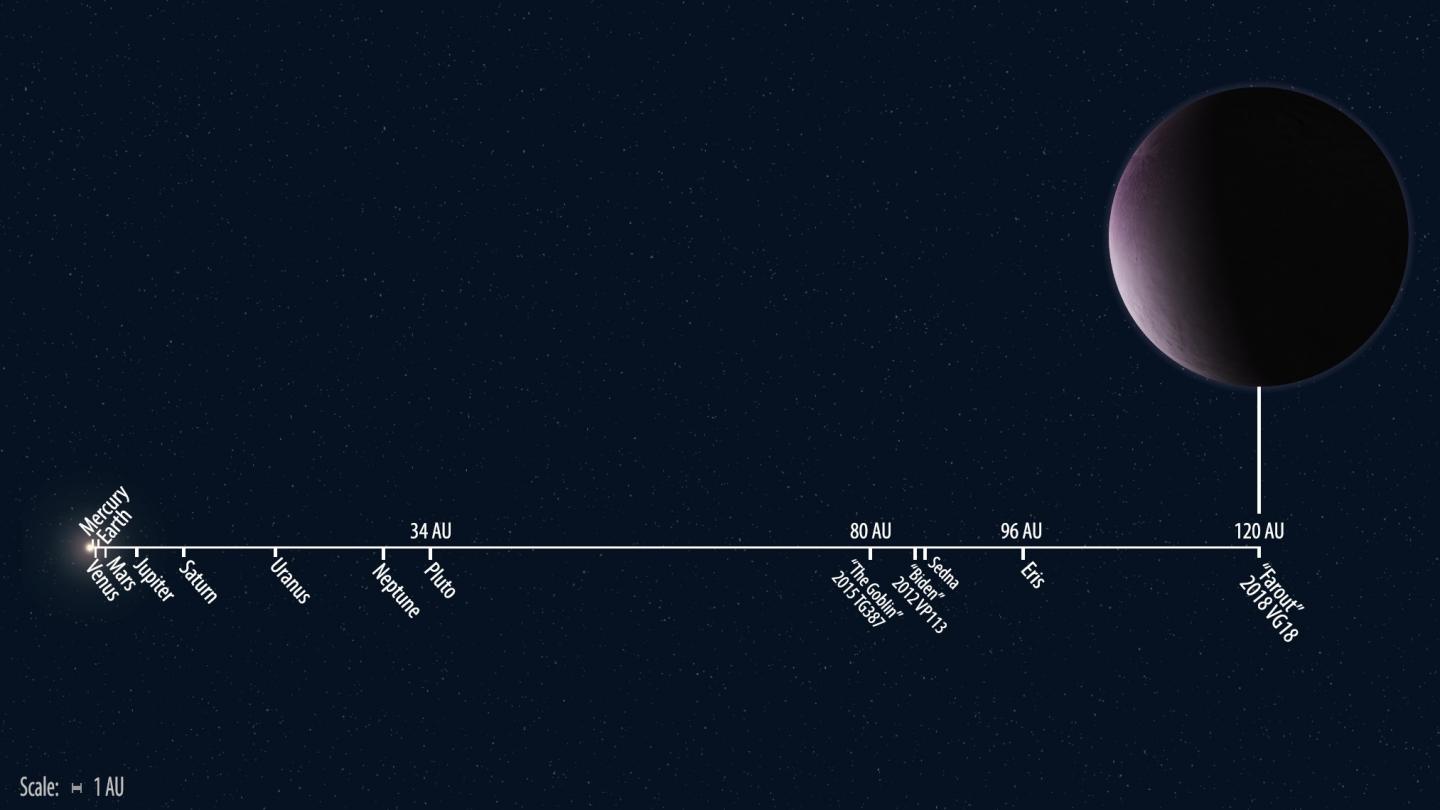 Illustration by Roberto Molar Candanosa and Scott S. Sheppard is courtesy of the Carnegie Institution for Science

.2018 VG18, nicknamed "Farout" by the discovery team for its extremely distant location, is at about 120 astronomical units (AU), where 1 AU is defined as the distance between the Earth and the Sun. The second-most-distant observed Solar System object is Eris, at about 96 AU. Pluto is currently at about 34 AU, making 2018 VG18 more than three-and-a-half times more distant than the Solar System's most-famous dwarf planet.

2018 VG18 was discovered as part of the team's continuing search for extremely distant Solar System objects, including the suspected Planet X, which is sometimes also called Planet 9. In October, the same group of researchers announced the discovery of another distant Solar System object, called 2015 TG387 and nicknamed "The Goblin," because it was first seen near Halloween. The Goblin was discovered at about 80 AU and has an orbit that is consistent with it being influenced by an unseen Super-Earth-sized Planet X on the Solar System's very distant fringes.

The existence of a ninth major planet at the fringes of the Solar System was first proposed by this same research team in 2014 when they discovered 2012 VP113, nicknamed Biden, which is currently near 84 AU.

2015 TG387 and 2012 VP113 never get close enough to the Solar System's giant planets, like Neptune and Jupiter, to have significant gravitational interactions with them. This means that these extremely distant objects can be probes of what is happening in the Solar System's outer reaches. The team doesn't know 2018 VG18's orbit very well yet, so they have not been able to determine if it shows signs of being shaped by Planet X.

"2018 VG18 is much more distant and slower moving than any other observed Solar System object, so it will take a few years to fully determine its orbit," said Sheppard. "But it was found in a similar location on the sky to the other known extreme Solar System objects, suggesting it might have the same type of orbit that most of them do. The orbital similarities shown by many of the known small, distant Solar System bodies was the catalyst for our original assertion that there is a distant, massive planet at several hundred AU shepherding these smaller objects."

"All that we currently know about 2018 VG18 is its extreme distance from the Sun, its approximate diameter, and its color," added Tholen "Because 2018 VG18 is so distant, it orbits very slowly, likely taking more than 1,000 years to take one trip around the Sun."

The discovery images of 2018 VG18 were taken at the Japanese Subaru 8-meter telescope located atop Mauna Kea in Hawaii on November 10, 2018.

Once 2018 VG18 was found, it needed to be re-observed to confirm its very distant nature. (It takes multiple nights of observing to accurately determine an object's distance.) 2018 VG18 was seen for the second time in early December at the Magellan telescope at Carnegie's Las Campanas Observatory in Chile. These recovery observations were performed by the team with the addition of graduate student Will Oldroyd of Northern Arizona University. Over the next week, they monitored 2018 VG18 with the Magellan telescope to secure its path across the sky and obtain its basic physical properties such as brightness and color.

Discovery images of 2018 VG18, nicknamed "Farout," from the Subaru Telescope on Nov. 10, 2018. Farout moves between the two discovery images while the background stars and galaxies do not move over the one hour between images. 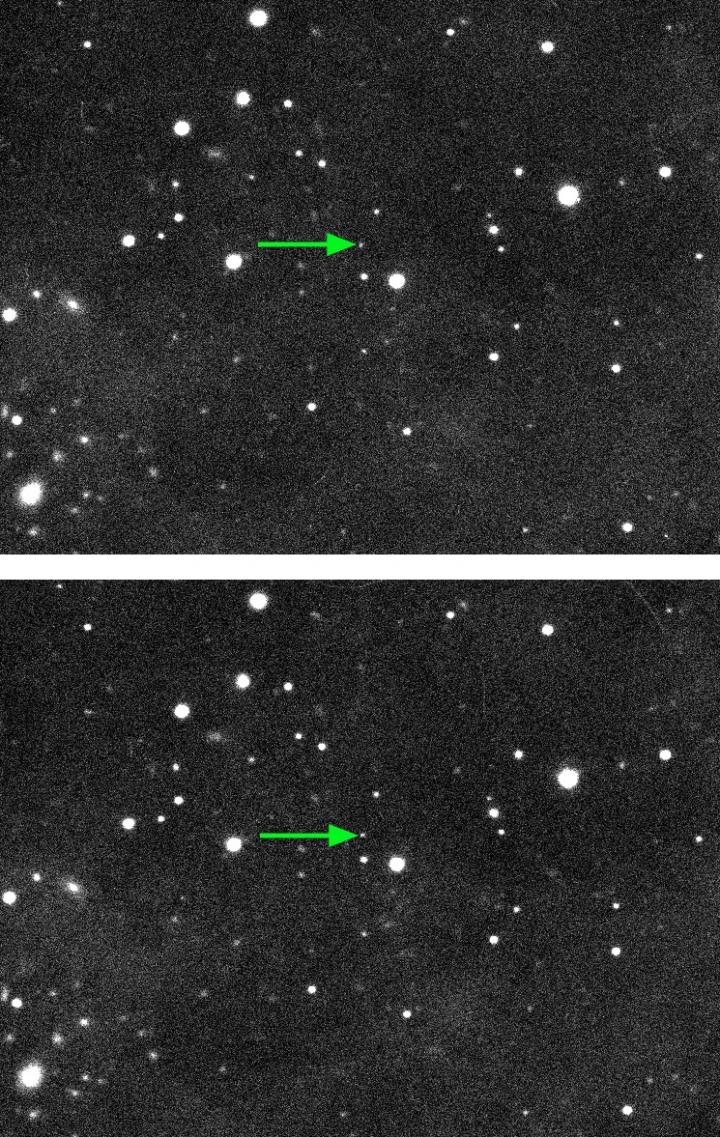 Image is courtesy of Scott S. Sheppard and David Tholen


The Magellan observations confirmed that 2018 VG18 is around 120 AU, making it the first Solar System object observed beyond 100 AU. Its brightness suggests that it is about 500 km in diameter, likely making it spherical in shape and a dwarf planet. It has a pinkish hue, a color generally associated with ice-rich objects.

"This discovery is truly an international achievement in research using telescopes located in Hawaii and Chile, operated by Japan, as well as by a consortium of research institutions and universities in the United States," concluded Trujillo. "With new wide-field digital cameras on some of the world's largest telescopes, we are finally exploring our Solar System's fringes, far beyond Pluto."

The Subaru telescope is owned and operated by Japan and the valuable telescope access that the team obtained was thanks to a combination of time allocated to the University of Hawaii, as well as to the U.S. National Science Foundation (NSF) through telescope time exchanges between the US National Optical Astronomy Observatory (NOAO) and National Astronomical Observatory of Japan (NAOJ).

This research was funded by NASA Planetary Astronomy grants NNX17AK35G and 80NSSC18K1006.

Based, in part on data collected at Subaru Telescope, which is operated by the National Astronomical Observatory of Japan. This work includes data gathered with the 6.5-meter Magellan Telescopes located at Carnegie's Las Campanas Observatory in Chile.


Contacts and sources:
Scott Sheppard
The Carnegie Institution for Science