The discovery in China of fossil specimens of a flower called Nanjinganthus from the Early Jurassic shakes up widely accepted theories of plant evolution. 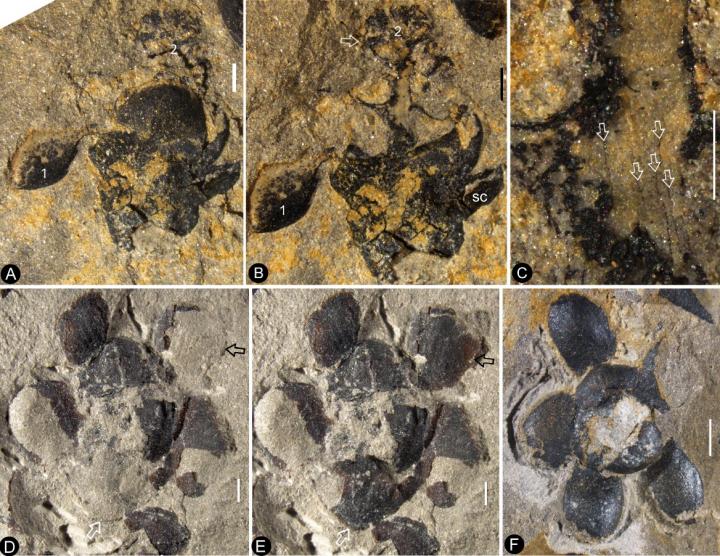 Scientists have described a fossil plant species that suggests flowers bloomed in the Early Jurassic, more than 174 million years ago, according to new research in the open-access journal eLife.

Before now, angiosperms (flowering plants) were thought to have a history of no more than 130 million years. The discovery of the novel flower species, which the study authors named Nanjinganthus dendrostyla, throws widely accepted theories of plant evolution into question, by suggesting that they existed around 50 million years earlier. Nanjinganthus also has a variety of ‘unexpected’ characteristics according to almost all of these theories.

Angiosperms are an important member of the plant kingdom, and their origin has been the topic of long-standing debate among evolutionary biologists. Many previously thought angiosperms could be no more than 130 million years old. However, molecular clocks have indicated that they must be older than this. Until now, there has been no convincing fossil-based evidence to prove that they existed further back in time. 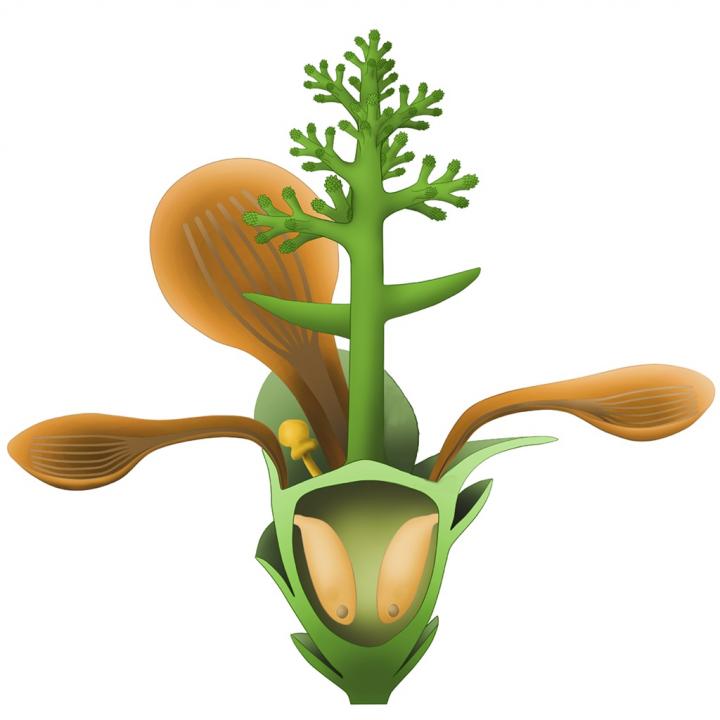 “Researchers were not certain where and how flowers came into existence because it seems that many flowers just popped up in the Cretaceous from nowhere,” explains lead author Qiang Fu, Associate Research Professor at the Nanjing Institute of Geology and Paleontology, China. “Studying fossil flowers, especially those from earlier geologic periods, is the only reliable way to get an answer to these questions.”

The team studied 264 specimens of 198 individual flowers preserved on 34 rock slabs from the South Xiangshan Formation – an outcrop of rocks in the Nanjing region of China renowned for bearing fossils from the Early Jurassic epoch. The abundance of fossil samples used in the study allowed the researchers to dissect some of them and study them with sophisticated microscopy, providing high-resolution pictures of the flowers from different angles and magnifications. They then used this detailed information about the shape and structure of the different fossil flowers to reconstruct the features of Nanjinganthus dendrostyla.

“Open annotations. The current annotation count on this page is 0.The key feature of an angiosperm is ‘angio-ovuly’ – the presence of fully enclosed ovules, which are precursors of seeds before pollination. In the current study, the reconstructed flower was found to have a cup-form receptacle and ovarian roof that together enclose the ovules/seeds. This was a crucial discovery, because the presence of this feature confirmed the flower’s status as an angiosperm. Although there have been reports of angiosperms from the Middle-Late Jurassic epochs in northeastern China, there are structural features of Nanjinganthusthat distinguish it from these other specimens and suggest that it is a new genus of angiosperms. 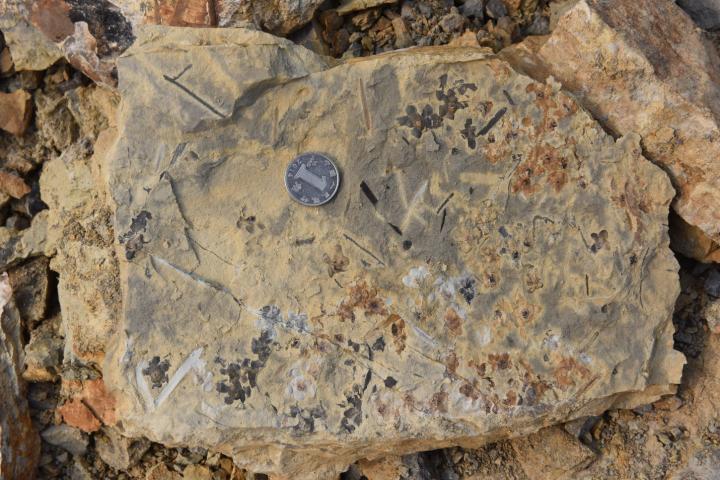 “The origin of angiosperms has long been an academic ‘headache’ for many botanists,” concludes senior author Xin Wang, Research Professor at the Nanjing Institute of Geology and Paleontology. “Our discovery has moved the botany field forward and will allow a better understanding of angiosperms, which in turn will enhance our ability to efficiently use and look after our planet’s plant-based resources.”