Baleen is the soft, hair-like structure on the upper mouth of whales, such as the humpback whale in this photo, which allows them to trap prey in their mouth. 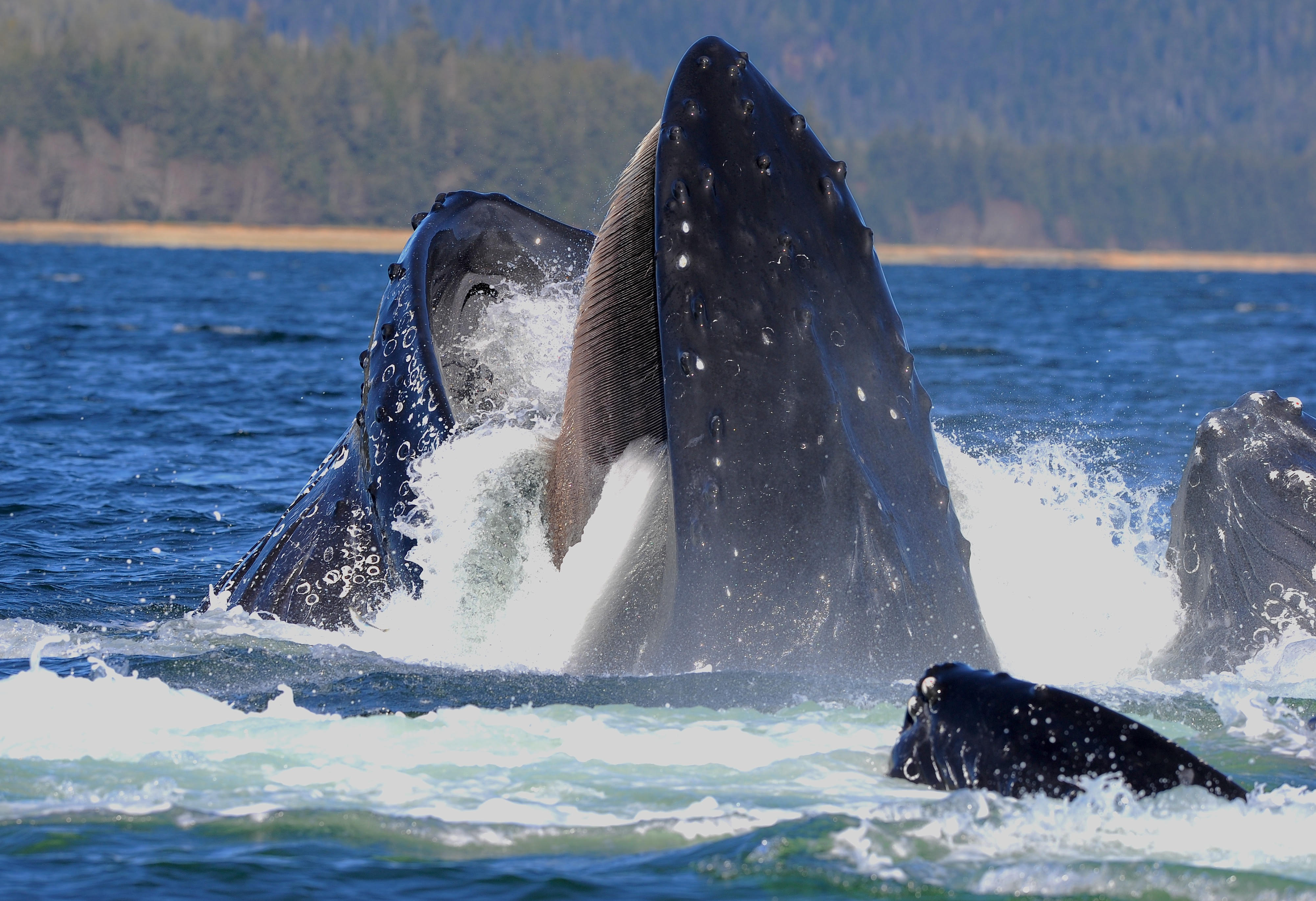 Rivaling the evolution of feathers in dinosaurs, one of the most extraordinary transformations in the history of life was the evolution of baleen—rows of flexible hair-like plates that blue whales, humpbacks and other marine mammals use to filter relatively tiny prey from gulps of ocean water. The unusual structure enables the world’s largest creatures to consume several tons of food each day, without ever chewing or biting. Now, Smithsonian scientists have discovered an important intermediary link in the evolution of this innovative feeding strategy: an ancient whale that had neither teeth nor baleen.

In the Nov. 29 issue of the journal Current Biology, scientists at the Smithsonian’s National Museum of Natural History and colleagues describe for the first time Maiabalaena nesbittae, a whale that lived about 33 million years ago. Using new methods to analyze long-ago discovered fossils housed in the Smithsonian’s national collection, the team, which includes scientists at George Mason University, Texas A&M University and the Burke Museum of Natural History and Culture in Seattle, has determined that this toothless, 15-foot whale likely had no baleen, showing a surprising intermediary step between the baleen whales that live today and their toothed ancestors.

An artistic reconstruction of a mother and calf of Maiabalaena nesbittae nursing offshore of Oregon during the Oligocene, about 33 million years ago. 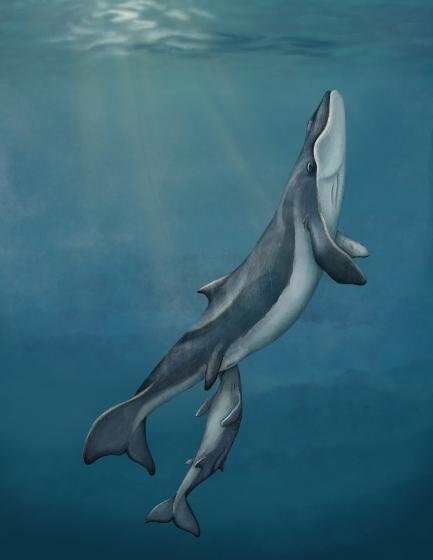 “When we talk about whale evolution, textbooks tend to focus on the early stages, when whales went from land to sea,” said Nicholas Pyenson, the National Museum of Natural History’s curator of fossil marine mammals. “Maiabalaena shows that the second phase of whale evolution is just as important for evolution over big scales. For the first time, we can now pin down the origin of filter-feeding, which is one of the major innovations in whale history.”

When whales first evolved, they used teeth to chew their food, just like their land-dwelling ancestors. As time went on, many descendants of these early whales continued to chew their food, inheriting this trait from their predecessors. But as the oceans around them changed and animals evolved, entirely new feeding strategies arose, including baleen filter feeding, says National Museum of Natural History predoctoral fellow Carlos Mauricio Peredo, the lead author of the study who analyzed the Maiabalaena fossils.

Whales were the first mammals to evolve baleen, and no other mammal uses any anatomical structure even remotely similar to it to consume its prey. But frustratingly, baleen, whose chemical composition is more like that of hair or fingernails than bone, does not preserve well. It is rarely found in the fossil record, leaving paleontologists without direct evidence of its past or origins. Instead, scientists have had to rely on inferences from fossils and studies of fetal-whale development in the womb to piece together clues about how baleen evolved.

As a result, it has not been clear whether, as they evolved, early baleen whales retained the teeth of their ancestors until a filter-feeding system had been established. An early initial assumption, Peredo said, was that ocean-dwelling mammals must have needed teeth or baleen to eat—but several living whales contradict that idea. Sperm whales have teeth in their bottom jaw, but none on the top, so they cannot bite or chew. Narwhals’ only teeth are their long tusks, which they do not use for feeding. And some species of beaked whales, despite being classified as toothed whales, have no teeth at all.

Because of its age, Peredo said, paleontologists suspected Maiabalaena might hold important clues about baleen’s evolution. The fossil comes from a period of massive geological change during the second major phase of whale evolution, around the time the Eocene epoch was transitioning to the Oligocene. With continents shifting and separating, ocean currents were swirling around Antarctica for the first time, cooling the waters significantly. The fossil record indicates that whales’ feeding styles diverged rapidly during this timeframe, with one group leading to today’s filter-feeding whales and the other leading to echolocating ones.

Consequently, Maiabalaena had received plenty of scrutiny since its discovery in Oregon in the 1970s, but the rock matrix and material that the fossil was collected in still obscured many of its features. It was not until Peredo finally cleaned the fossil and then examined it with state-of-the-art CT scanning technology that its most striking features became clear. Maiabalaena’s lack of teeth was readily apparent from the preserved bone, but the CT scans, which revealed the fossil’s internal anatomy, told the scientists something new: Maiabalaena’s upper jaw was thin and narrow, making it an inadequate surface from which to suspend baleen.

“A living baleen whale has a big, broad roof in its mouth, and it’s also thickened to create attachment sites for the baleen,” Peredo said. “Maiabalaena does not. We can pretty conclusively tell you this fossil species didn’t have teeth, and it is more likely than not that it didn’t have baleen either.”

While Maiabalaena would not have been able to chew or to filter feed, muscle attachments on the bones of its throat indicate it likely had strong cheeks and a retractable tongue. These traits would have enabled it to suck water into its mouth, taking up fish and small squid in the process. The ability to suction feed would have rendered teeth, whose development requires a lot of energy to grow, unnecessary. The loss of teeth, then, appears to have set the evolutionary stage for the baleen, which the scientists estimate arose about 5 to 7 million years later.

Peredo and Pyenson see studying whale evolution as key to understanding their survival in today’s rapidly changing oceans. Like the emergence of baleen, tooth loss in whales is evidence of adaptability, suggesting that whales might be able to adapt to challenges posed in the ocean today. Still, Peredo cautions, evolutionary change may be slow for the largest whales, which have long life spans and take a long time to reproduce.

“Given the scale and rate of changes in the ocean today, we don’t exactly know what that will mean for all of the different species of filter-feeding whales,” he said. “We know that they’ve changed in the past. It’s just a matter of whether they can keep up with whatever the oceans are doing—and we’re changing the oceans pretty quickly right now.”