The Atacama Desert, the driest and oldest desert on Earth, located in northern Chile, hides a hyper-arid core in which no rain has been recorded during the past 500 years. But this situation has changed in the last three years: for the first time, rainfall has been documented in the hyper-arid core of the Atacama and, contrary to what was expected, the water supply has caused a great devastation among local life.

This is the main conclusion of an international study, published today in Scientific Reports and entitled "Unprecedented rains decimate surface microbial communities in the hyperarid core of the Atacama Desert", and directed by researchers from the Center for Astrobiology (CAB), a mixed center of the Spain's Higher Council for Scientific Research (CSIC) and the National Institute of Aerospace Technology (INTA). These recent rains are attributed to changing climate over the Pacific Ocean.

"Our group has discovered that, contrary to what could be expected intuitively, the never-before-seen rainfall has not triggered a flowering of life in Atacama, but instead the rains have caused enormous devastation in the microbial species that inhabited the region before the heavy precipitations", explains Dr. Alberto G. Fairén.

This is the Atacama Desert. 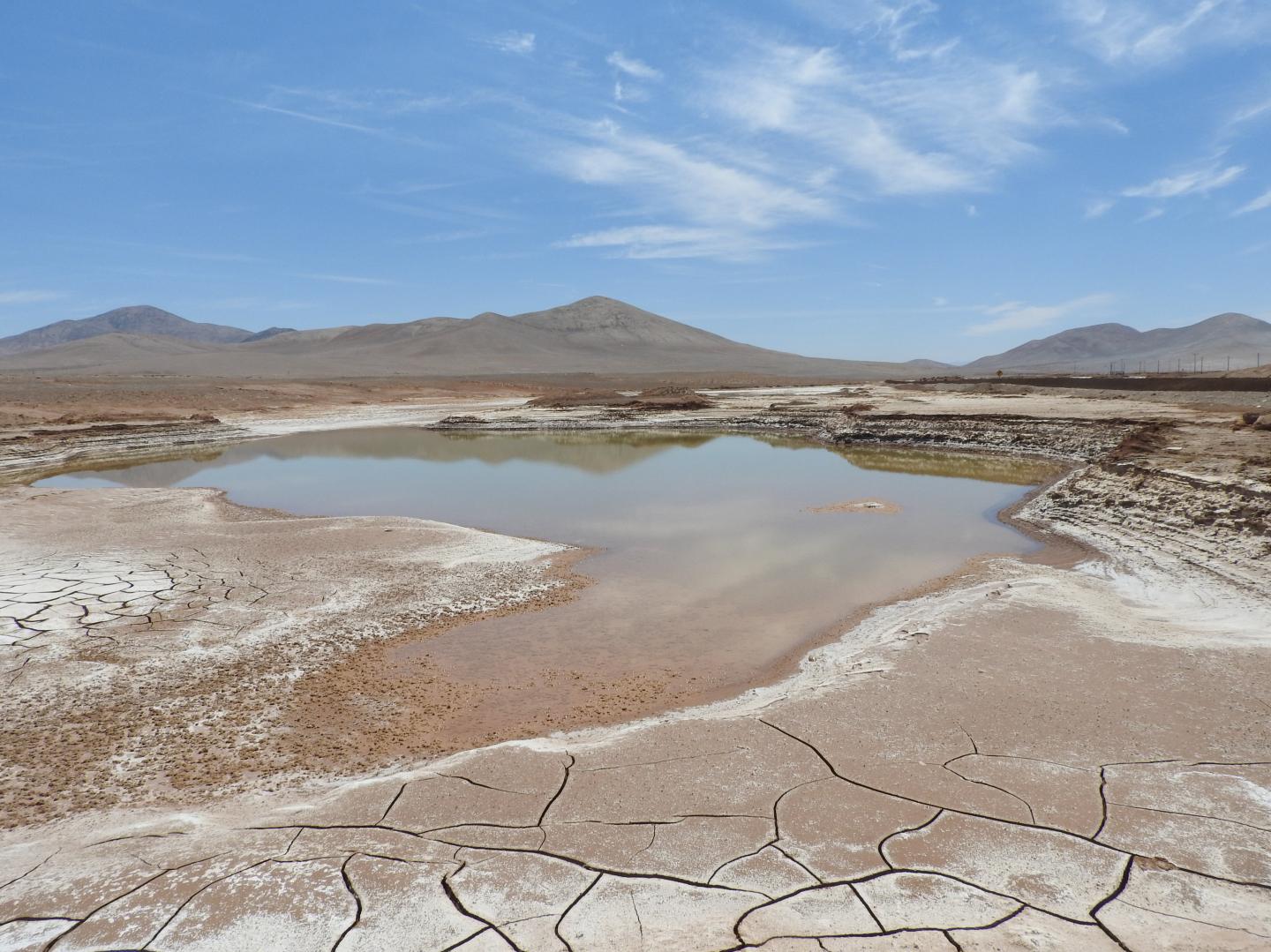 "Our work shows that high rainfall has caused the massive extinction of most indigenous microbial species. The extinction range reaches 85%, as a result of the osmotic stress that has caused the sudden abundance of water: the autochthonous microorganisms, which were perfectly adapted to thrive under conditions of extreme dryness and had strategies optimized for the extraction of the scarce humidity of their environment, have been unable to adapt to the new conditions of sudden flooding and have died from excess water", adds Fairén.

From Atacama to Mars

This study represents a great advance to understand the microbiology of extremely arid environments. It also presents a new paradigm to decode the evolutionary path of a hypothetical early microbiota of Mars, since Mars is a hyper-arid planet that experienced catastrophic floods in ancient times.

"Mars had a first period, the Noachian (between 4.5 and 3.5 billion years ago), in which there was a lot of water on its surface," says Fairén. "We know this from the enormous amount of hydrogeological evidence still present in the Martian surface, in the form of ubiquitous hydrated minerals, traces of dried rivers and lakes, deltas, and perhaps a hemispheric ocean in the northern plains," explains Fairén.

Mars eventually lost its atmosphere and its hydrosphere, and became the dry and arid world we know today. "But at times during the Hesperian period (from 3.5 to 3 billion years ago), large volumes of water carved its surface in the form of outflow channels, the largest channels in the Solar System. If there were still microbial communities withstanding the process of extreme drying, they would have been subjected to processes of osmotic stress similar to those we have studied in Atacama", Fairén details.

"Therefore, our Atacama study suggests that the recurrence of liquid water on Mars could have contributed to the disappearance of Martian life, if it ever existed, instead of representing an opportunity for resilient microbiota to bloom again", adds Fairén.

In addition, this new study notes that large deposits of nitrates at the Atacama Desert offer evidence of long periods of extreme dryness in the past. The nitrates were concentrated at valley bottoms and former lakes by sporadic rains about 13 million years ago, and can be food for microbes. The Atacama nitrates may represent a convincing analog to the nitrate deposits recently discovered on Mars by the rover Curiosity (and reported in a 2015 study entitled "Evidence for indigenous martian nitrogen in solid samples from the Curiosity rover investigations at Gale crater", in the Proceedings of the National Academy of Sciences). Earlier this year, Fairén and colleagues discovered that short-term wetter environments in early Mars, occurring sporadically in a generally hyperdry early planet, explains the observed martian mineralogy.

This study, entitled "Surface clay formation during short-term warmer and wetter conditions on a largely cold ancient Mars", was published in February in Nature Astronomy. "These long periods of dryness, followed by short-term wetter conditions, may also be in the origin of the nitrate deposits on Mars", concludes Fairén.

Fairén's work was funded by the European Research Council.