The 'Chinese Pyramids' and the Pole Star


The funerary complex of the first Chinese emperor of the Qin dynasty (3th century BC) is one of the most famous archaeological sites in the world. This is of course due to the discovery of the statues of the terracotta army, intended to accompany the emperor in the afterlife. Much less known than the statues is the fact that tomb proper (still not excavated) lies beneath a gigantic, artificial hill of rammed earth. This hill has a square shape, a base side of more than 350 meters and is over 40 meters high, so that it can easily be called a pyramid.

Even less known is the fact that also all the emperors of the subsequent dynasty, the Western Han, chose to be buried under similar pyramids. These mausoleums are visible still today within the rapidly developing landscape of the northwestern surroundings of Xian along the Wei River. Including also the tombs of the queens and other members of royal families, there are over 40 of such "Chinese pyramids". Of these, only two have been (partly) excavated.

This is the huge mole of the Maoling Mausoleum of Emperor Wu of Han. 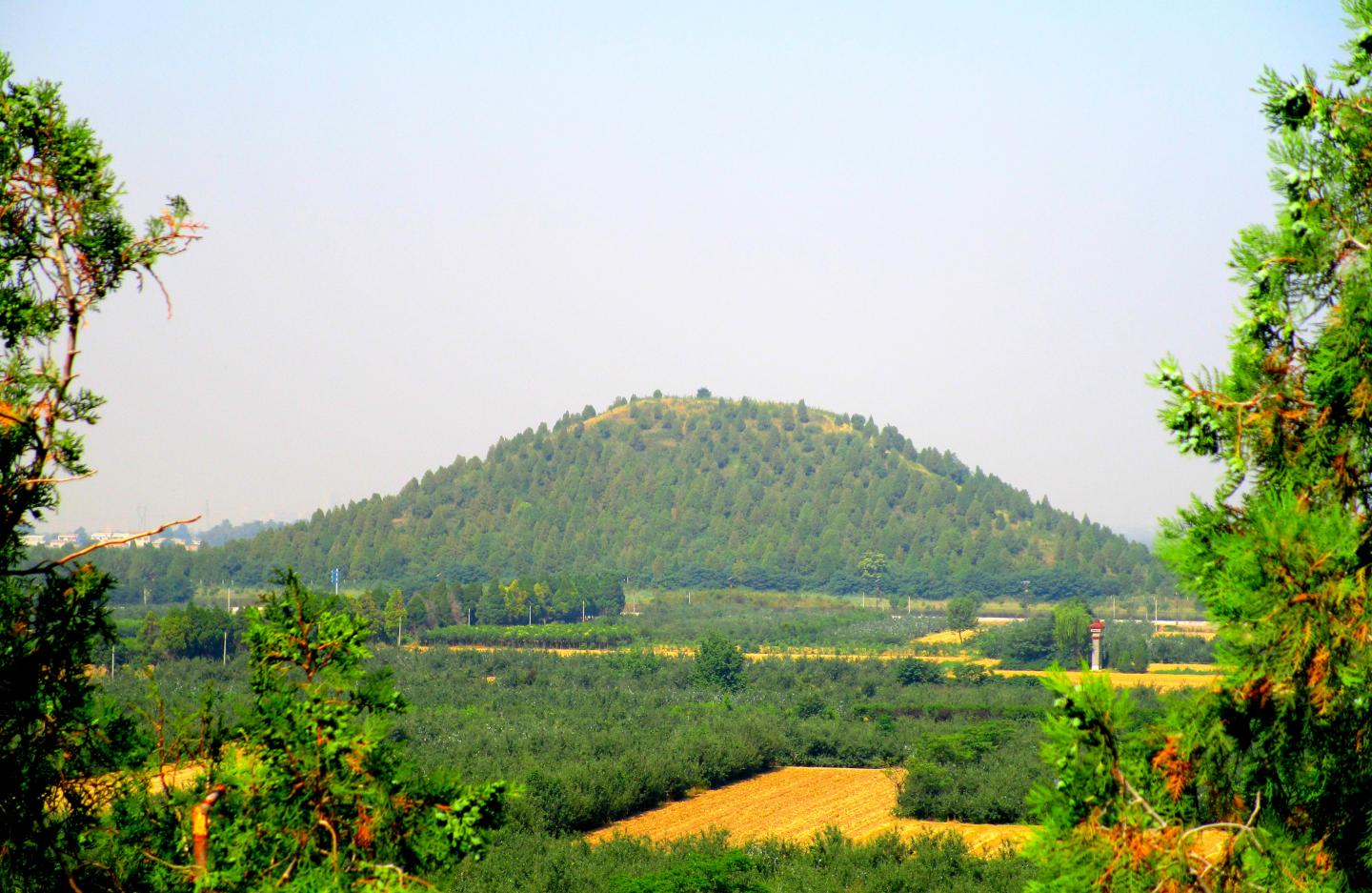 The new study is part of an extensive program of research on the role of astronomy and of the traditional doctrine of "feng shui" in the Chinese imperial necropolises and has just been published in the academic journal Archaeological Research in Asia. In the work simple techniques based on satellite images are used, together with field surveys, to collect a large number of new data and, in particular, to study the orientation of the pyramid bases. It is in fact well known that, for example, the Egyptian pyramids are oriented with great precision to the cardinal points, by virtue of the very strong bonds of the funerary religion of the Egyptian pharaohs with the sky and in particular with the circumpolar stars.

Although - of course - there is no connection with the Egyptian pyramids, also the Chinese emperors credited their power as a direct mandate of the heaven, identifying the circumpolar region as a celestial image of the imperial palace and its inhabitants. It was therefore natural to expect the Chinese pyramids, tombs of the emperors, to be oriented to the cardinal points. In this connection, the results of the new study are in part surprising.

These are the Terracotta Warriors protecting the Qin Mausoleum's east front. 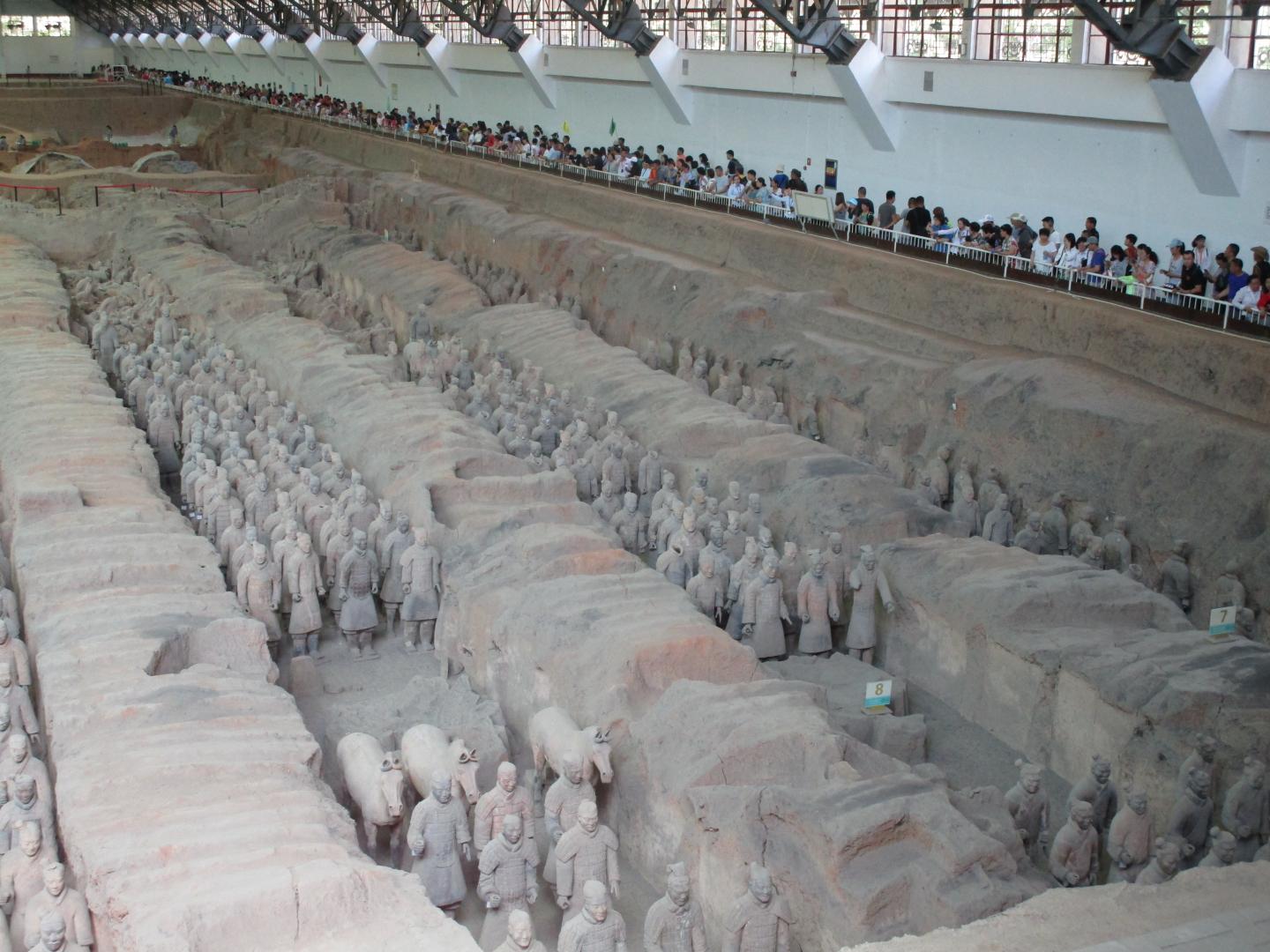 It turns out that these monuments can be classified according to two "families". One such families comprises monuments oriented with good precision to the cardinal points, as expected. In the other family there are significant deviations from the true north, all of comparable and all on the same "hand "(to the west of the north looking towards the monument).

It is out of the question that this second family may have been due to errors of the Chinese astronomers and architects. One could think of the use of the compass, which was invented in China in a somewhat rudimentary form at that time, but there is no correspondence with the paleomagnetic data. The explanation proposed in the article is thus astronomical: the emperors who built the pyramids of the "family 2" did not want to point to the north celestial pole, which at the time did not correspond to any star, but to the star to which the pole would be approached in the future: Polaris.

All this discourse may look strange at first sight, but it must be remembered that there is a phenomenon, the precession of the earth's axis, which slowly but constantly moves the position in the sky in which the earth's axis points, and therefore the celestial pole. The Chinese astronomers were almost certainly aware of this. Nowadays we are used to identify the north celestial pole with Polaris (although in reality the correspondence is not perfect) but at the time of the Han emperors the pole was still far from Polaris, and with a distance in degrees approximately equal to the deviation of the Chines pyramids from the geographic north.