How Moths and Magnets Could Save Lives

A new technology that relies on a moth-infecting virus and nanomagnets could be used to edit defective genes that give rise to diseases like sickle cell, muscular dystrophy and cystic fibrosis.

Rice University bioengineer Gang Bao has combined magnetic nanoparticles with a viral container drawn from a particular species of moth to deliver CRISPR/Cas9 payloads that modify genes in a specific tissue or organ with spatial control.

Because magnetic fields are simple to manipulate and, unlike light, pass easily through tissue, Bao and his colleagues want to use them to control the expression of viral payloads in target tissues by activating the virus that is otherwise inactivated in blood.

Rice University bioengineers use a magnetic field to activate nanoparticle-attached baculoviruses in a tissue. The viruses, which normally infect alfalfa looper moths, are modified to deliver gene-editing DNA code only to cells that are targeted with magnetic field-induced local transduction.

Long
Courtesy of the Laboratory of Biomolecular Engineering and Nanomedicine

In nature, CRISPR/Cas9 bolsters microbes’ immune systems by recording the DNA of invaders. That gives microbes the ability to recognize and attack returning invaders, but scientists have been racing to adapt CRISPR/Cas9 to repair mutations that cause genetic diseases and to manipulate DNA in laboratory experiments.

CRISPR/Cas9 has the potential to halt hereditary disease – if scientists can get the genome-editing machinery to the right cells inside the body. But roadblocks remain, especially in delivering the gene-editing payloads with high efficiency.

Bao said it will be necessary to edit cells in the body to treat many diseases. “But efficiently delivering genome-editing machinery into target tissue in the body with spatial control remains a major challenge,” Bao said. “Even if you inject the viral vector locally, it can leak to other tissues and organs, and that could be dangerous.”

Gang Bao and his colleagues at Rice University are combining nanoparticles, magnets and a virus that infects moths to create a new way to deliver gene therapy to people with inherited genetic diseases.y 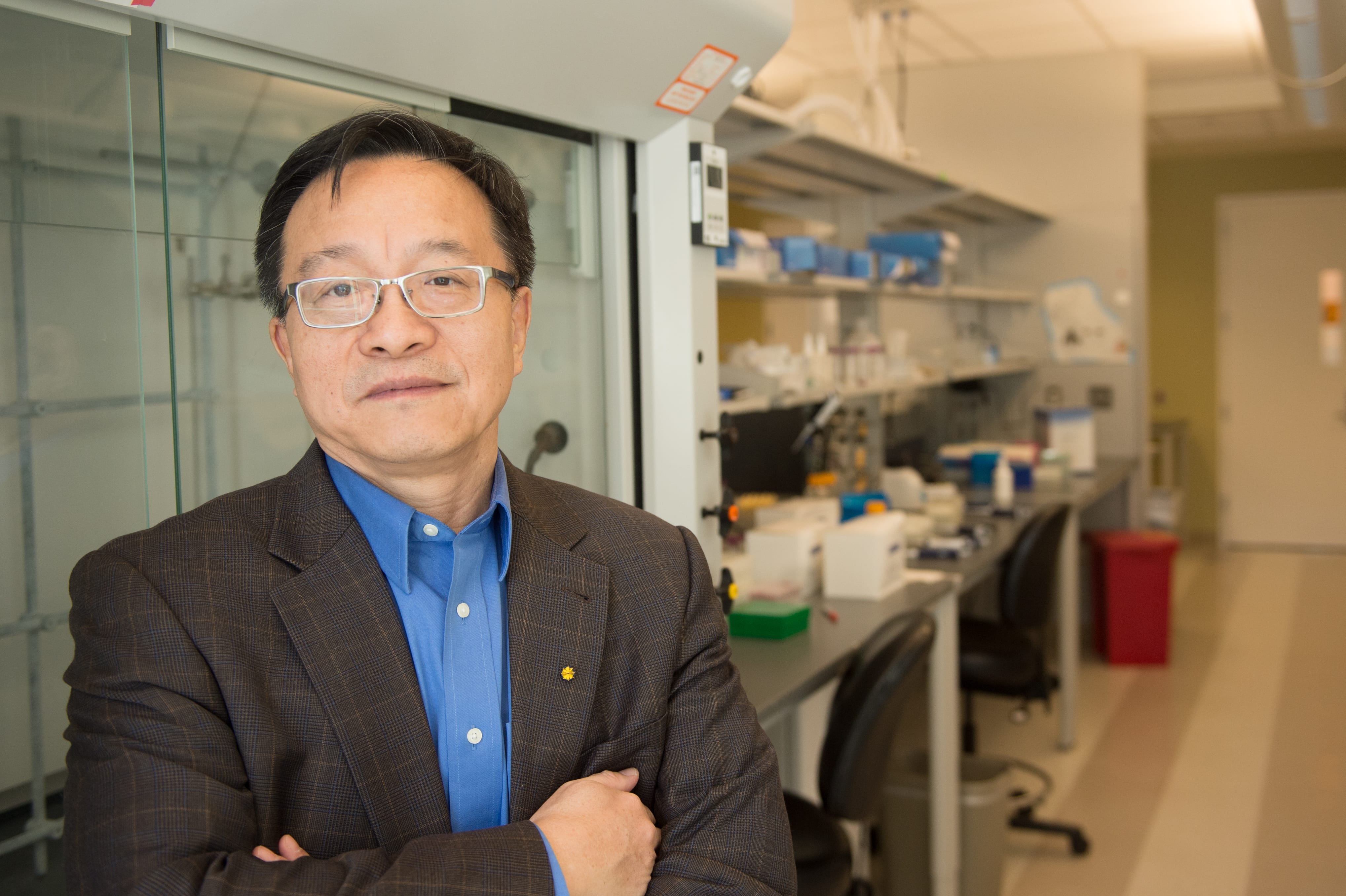 The delivery vehicle developed by Bao’s group is based on a virus that infects Autographa californica, aka the alfalfa looper, a moth native to North America. The cylindrical baculovirus vector (BV), the payload-carrying part of the virus, is considered large at up to 60 nanometers in diameter and 200-300 nanometers in length. That’s big enough to transport more than 38,000 base pairs of DNA, which is enough to supply multiple gene-editing units to a target cell, Bao said.

“We really didn’t know if this would work for gene editing or not, but we thought, ‘worth a shot,'” Bao said.

The researchers use the magnetic nanoparticles to activate BV and deliver gene-editing payloads only where they’re needed. To do this, they take advantage of an immune-system protein called C3 that normally inactivates baculoviruses.

Application of the magnetic field allows BV transduction, the payload-delivery process that introduces gene-editing cargo into the target cell. The payload is also DNA, which encodes both a reporter gene and the CRISPR/Cas9 system.

In tests, the BV was loaded with green fluorescent proteins or firefly luciferase. Cells with the protein glowed brightly under a microscope, and experiments showed the magnets were highly effective at targeted delivery of BV cargoes in both cell cultures and lab animals.

Bao noted his and other labs are working on the delivery of CRISPR/Cas9 with adeno-associated viruses (AAV), but he said BV’s capacity for therapeutic cargo is roughly eight times larger. “However, it is necessary to make BV transductioninto target cells more efficient,” he said.

The National Institutes of Health and the Cancer Prevention and Research Institute of Texas supported the research.