The discovery of fossil teeth from two marsupial species that lived 43 million years ago on what was at that time an island provides key insights into the influence of geological changes on the evolution of mammals, according to newly published research funded by the National Science Foundation (NSF).

The dominant model for understanding animal movement is that the most important factors are an island's size and its distance from the colonizing animals' territory. However, the discovery of the fossils -- from Galatiadelphys minor and Orhaniyeia nauta -- indicate that an island's geological context is more important to influencing changes in animal movement and evolution, the researchers stated in a paper published in PLOS One.

The research drew from geology and evolutionary biology, an interdisciplinary approach that "shows the value of supporting research that converges different scientific fields to advance our knowledge," said Rebecca Ferrell of NSF's Social, Behavioral, and Economic Sciences Directorate (SBE), which co-funded the research.

Reconstruction of the Eocene paleoenvironment of the Pontide terrane in Turkey, where the new marsupial fossils were found. 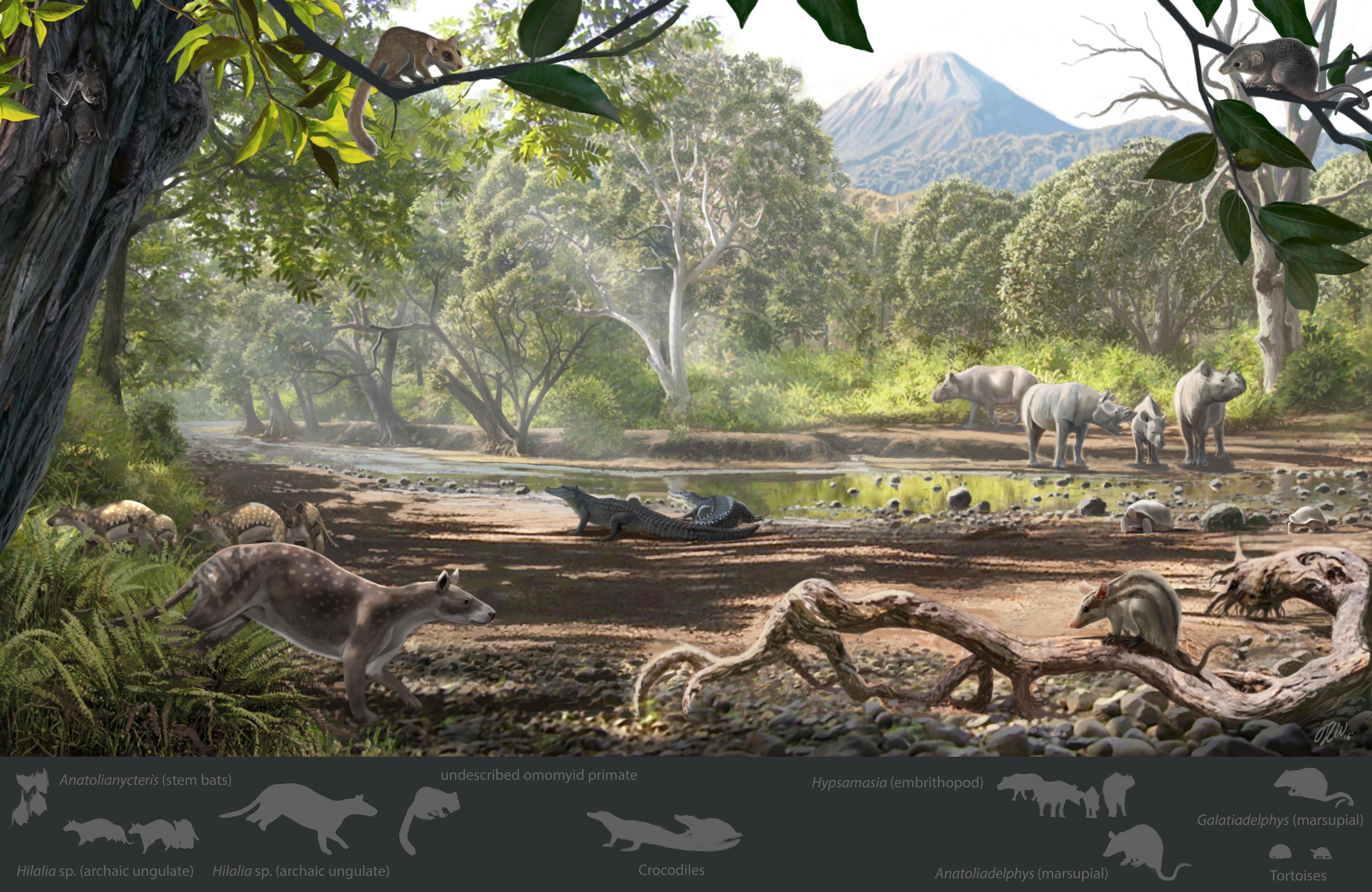 The fossil discovery occurred in the Pontide terrane, an area in present-day Turkey that was once an island located between contemporary Asia and Africa.

The environment of what was once an island makes the site particularly conducive to the study of evolutionary processes.

"Evolution in many ways is easier to study on an island than in someplace like North America because it's a simpler ecosystem," said paper coauthor K. Christopher Beard, a paleontologist at the University of Kansas (KU) and senior curator with KU's Biodiversity Institute and Natural History Museum.

Added Dena Smith of NSF's Geosciences Directorate (GEO), which funded the research: "While islands are important corridors for animals to move between landmasses, this work demonstrates that islands can also be places where species become isolated and evolve in place."

While a poor fossil record is a challenge that researchers commonly face, the site in Turkey is particularly fruitful for the research.

Eocene outcrops in northern Turkey that have yielded an insular mammal fauna. 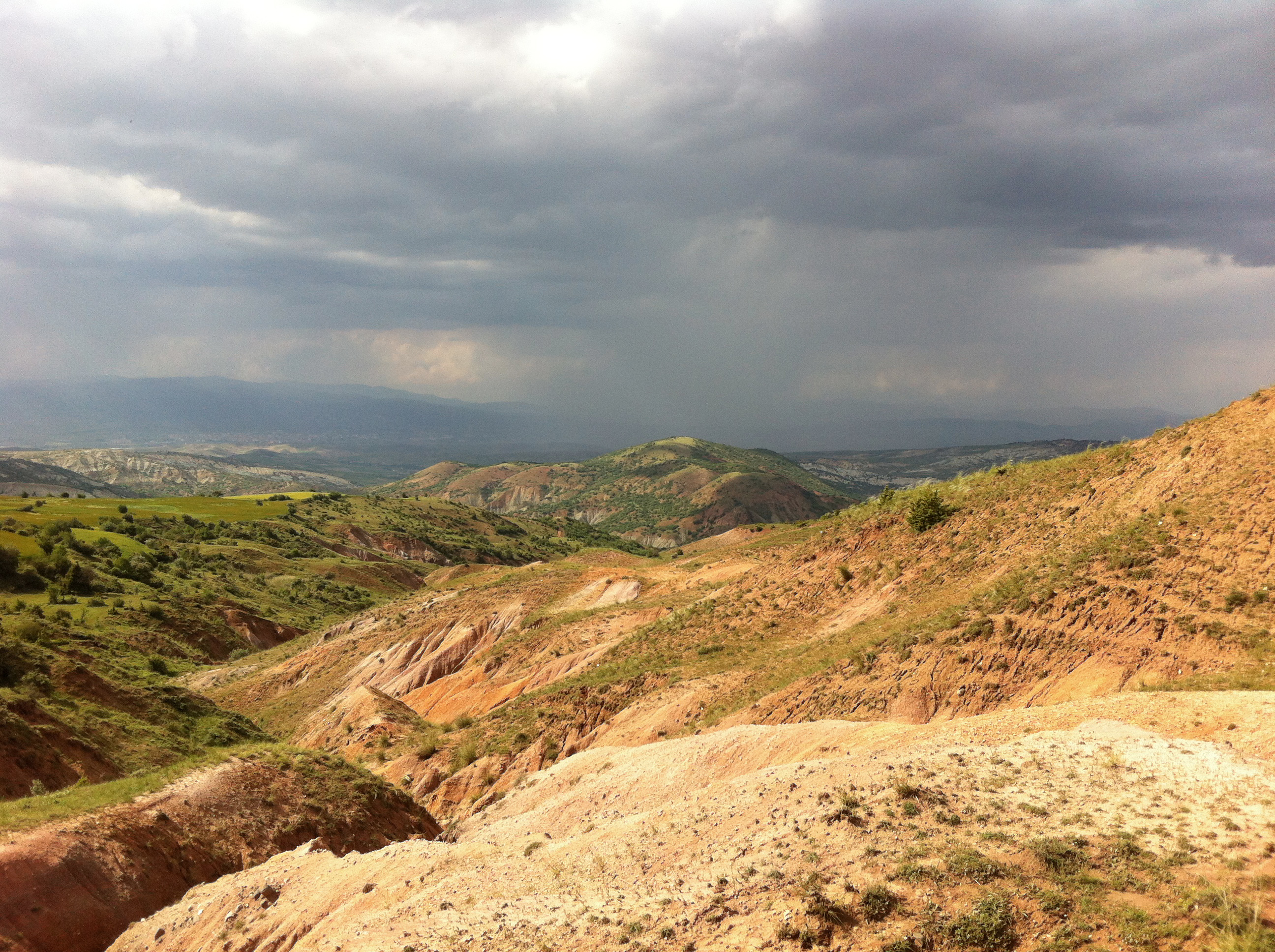 
"Here, we're able to study in great detail how this ancient island evolved -- where organisms came from, how they got there and when they got there," Beard said. "No other ecosystem on the face of the planet from any time period perfectly matches what we're finding. It's a completely unique mammalian ecosystem, much as Madagascar is today."

Beard said that the two newly described fossil marsupials lived atop the food chain because other carnivores were unable to reach the small island.

But the marsupials' dominant status changed, according to the researchers, when tectonic plate movement joined the ancient island with the larger landmass. That joining enabled potential predators and competitors to access the environment.

Neither of the newly discovered species has living descendants. 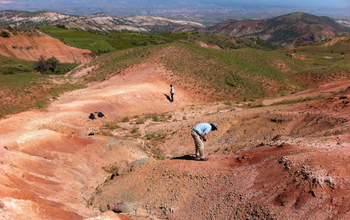 "One thing we know for sure is that the incredibly interesting and unique biota that occurred on this island was totally eradicated at some point as the island reconnected to mainland Eurasia and more cosmopolitan animals were able to access it," Beard said. "The truth that paleontology reveals is that, given enough time, all island fauna are doomed to extinction. Islands are cul-de-sacs of evolution -- even though they're wonderful places to study processes of evolution."

Beard said the team's findings overturn a prevailing model of evolution, which holds that the key criteria for animals' access to an island are its size and its distance from the colonizing animals' source territory. The geological context is likely of greater importance, he said.

He compared the former island to Sulawesi, a contemporary Indonesian island, which contains a mix of animals from Asia and those related to New Guinea.