Some animals have a superpower in their sense of smell. They explore, interpret and understand their world with such sensitivity that people have enlisted canines to help solve crime and detect cancer on the breath. Scientists at the Georgia Institute of Technology are now homing in on the secrets behind animals' super sniffers to develop an artificial chemical sensor that could be used for a variety of tasks, from food safety to national security.

"We turned to animals to understand what nature has already figured out," said Thomas Spencer, a doctoral candidate in David Hu's lab at Georgia Tech. "We are applying the underlying principles that we learned about these mechanisms to design a better sensor."

Spencer will present the group's latest design for an electronic nose that concentrates odors for improved chemical sensing at the American Physical Society's Division of Fluid Dynamics 71st Annual Meeting, which will take place Nov. 18-20 at the Georgia World Congress Center in Atlanta, Georgia.

Their work began inauspiciously at a competition to develop a sensor that could identify different varieties of cheese. Turning to nature to guide their work, they traveled to the Atlanta Zoo to compare the way different animals sniff, from mice to elephants.

This is Kelly the elephant searching for food above eye level using her trunk. 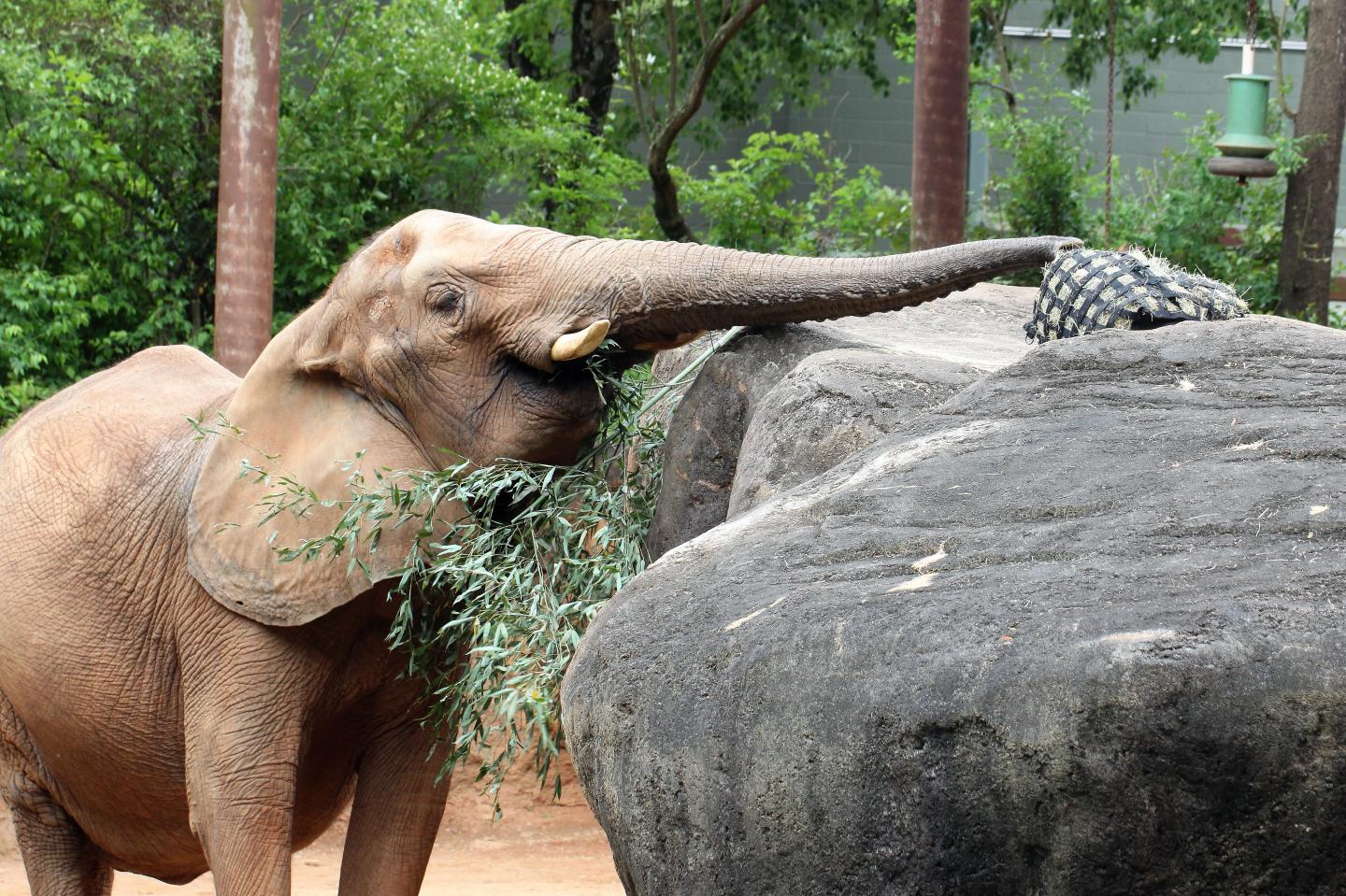 "We wanted to measure the sniffing frequency of animals when they are trying to identify a new source of food or something that interests them," Spencer said.

After reviewing the data, they found that sniffing speed decreases as body size increases; put another way, mice sniff faster than elephants. Using their findings, they designed a customized pump that oscillates back and forth at the same frequency that animals sniff. The design of their device moves airflow around the chemical sensor in a more controlled fashion.

"These findings are important because it gives us insight into the physics of sniffing," said Hu, an associate professor of mechanical engineering and biology at Georgia Tech. "This information will affect how we scale up sniffing machines."

This is an elephant trunk smelling and uprooting grass. 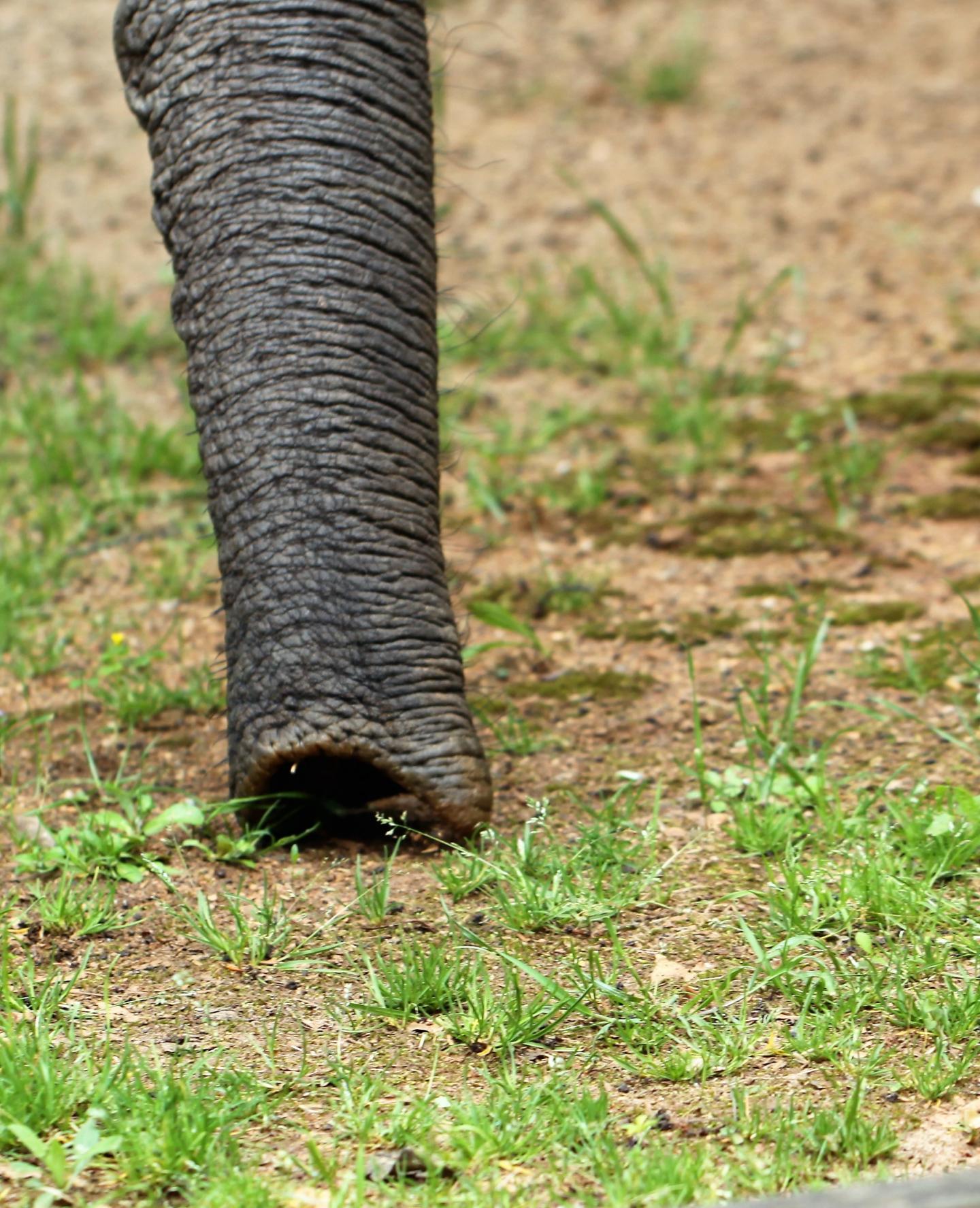 Because odor is invisible, the team used wind tunnel experiments and computer simulations to analyze how the odor particles moved through the air. In addition, they gathered sensor information in real time to see how the chemical compounds vary throughout the air in space and time.

While the team initially designed the electronic nose to distinguish different varieties cheese, the fundamental principles behind their device could be used in many different applications.

"This is still a fairly new study," Spencer said. "Our hope is to get a snippet of that ability and replicate it for ourselves."

This is Kelly the elephant investigating her surroundings with her unique nose. 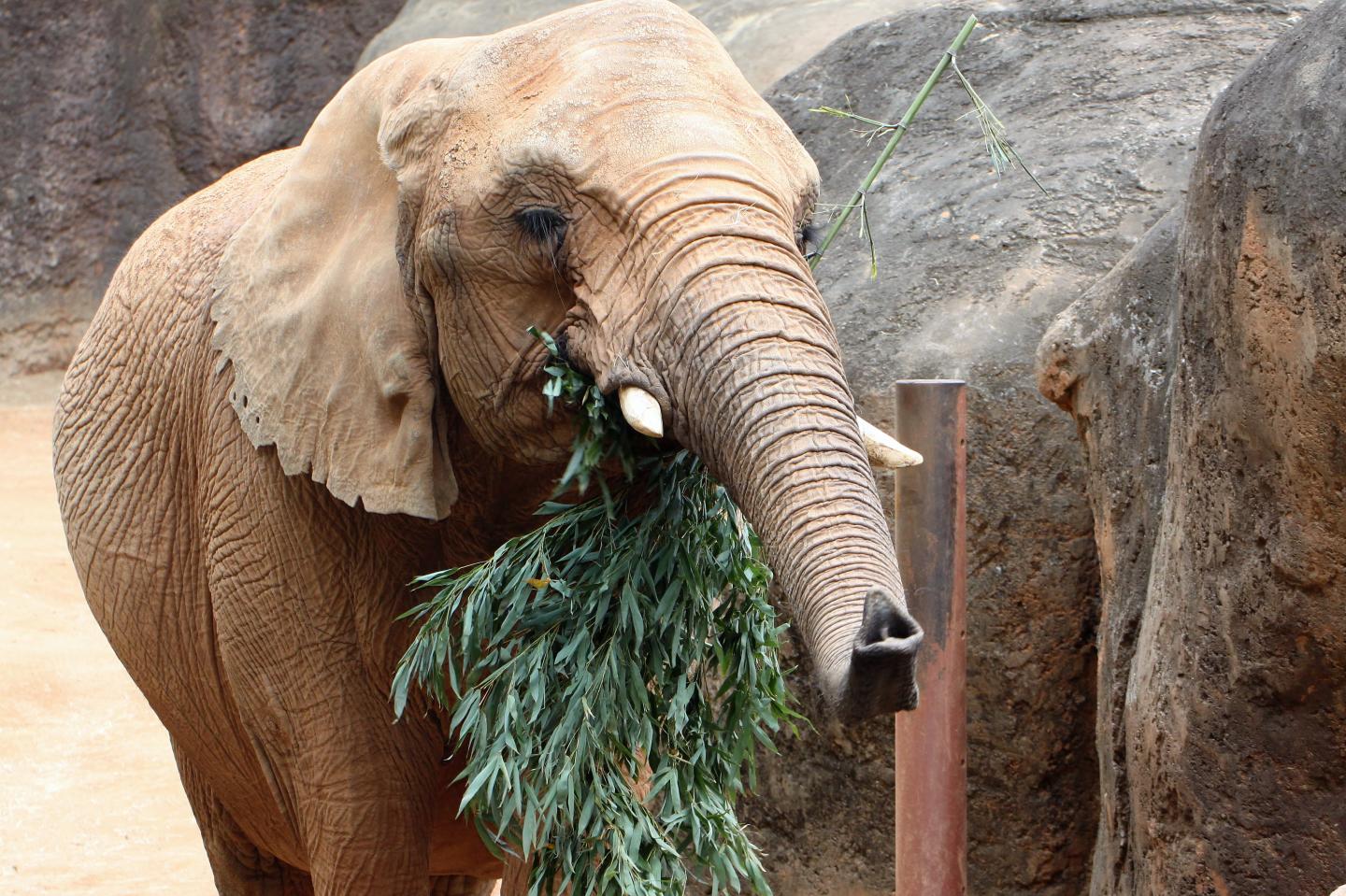 Adams Clark joined Spencer and Hu on this study. They received funding from the National Science Foundation.