The canine labor market is diverse and expansive. Assistance dogs may be trained to work with the visually or hearing impaired, or with people in wheelchairs. Detection dogs may be trained to sniff out explosives, narcotics or bedbugs. Other pups even learn to jump out of helicopters on daring rescue missions.

Despite the wide variety of working roles available for man's best friend, those jobs can be tough to fill, since not every dog will qualify. Even among dogs specifically bred to be assistance dogs, for example, only about 50 percent that start a training program will successfully complete it, while the rest go on to be very well-trained family pets.

As a result, the wait list for a trained assistance dog can be up to two years.

Evan MacLean, director of the Arizona Canine Cognition Center at the University of Arizona, is exploring ways to identify the best dogs for different jobs - before they start the long and expensive training process - by looking at their cognitive abilities.

He is lead author of a new study in Frontiers in Veterinary Science that looks at whether canines' cognitive abilities can help predict their success as working dogs.

While a dog's physical characteristics and temperament are often considered when thinking about which dog will be right for a given job, cognition is an area that's received far less attention.

"People have really focused on temperament and how reactive a dog is to certain things in the environment," said MacLean, assistant professor in the UA School of Anthropology. "What we were interested in was the fact that these dogs also face cognitive challenges. They have to learn all these things in the course of their training, and they have to be able to flexibly solve problems when things go wrong."

MacLean's study focuses on two types of working dogs: assistance dogs in training, which will go on to be paired with people with disabilities, and explosive detection dogs working for the U.S. Navy.

MacLean and his colleagues looked at the performance of both types of dogs on 25 different cognitive measures by using a battery of game-based tests, like hiding and finding objects and other forms of canine play.

What they found: A different set of skills predict whether a dog will be a good detection dog or a good assistance dog.

In the case of assistance dogs, social skills - including the ability to pay close attention to and maintain eye contact with humans - appear to be especially important. In detection dogs, good short-term memory and sensitivity to human body language, such as pointing gestures, were the best predictors of success.

"Dog jobs are just about as diverse as human jobs are," MacLean said. "People sometimes think of working dogs as this general category of dogs that have jobs in society, but they actually have to do really, really different things, and because these jobs are so diverse, we didn't expect that there was going to be one litmus test for what would make a good dog. It's like if you think about aptitude testing with people - there are certain questions that will tell you something about one job but not another."

The study involved 164 dogs from the California-based organization Canine Companions for Independence, which trains assistance dogs, and 222 dogs from the Navy.

The researchers tested the assistance dogs at 18 months old, when they first started a full-time, intensive six-month training program. Dogs in the study were considered "successful" based on whether or not they ultimately graduated from the training. Through cognitive testing, MacLean and his colleagues were able to predict the top 25 percent of graduates with 86 percent accuracy.

The success of the Navy dogs, whose training is ongoing and not marked by a single graduation date, was measured based on trainers' records of the dogs' performance on training exercises, as well as questionnaires with people who trained or deployed with the dogs. 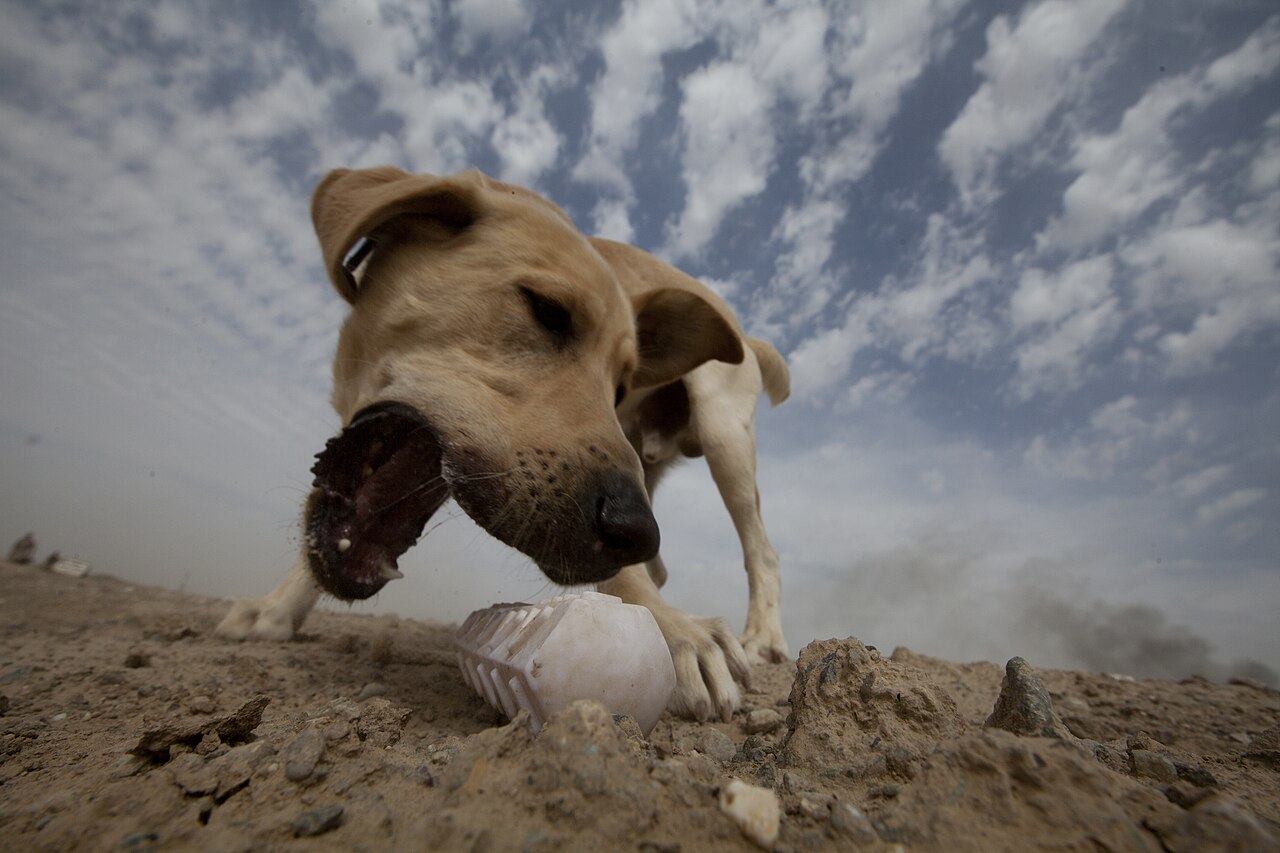 MacLean's findings suggest that cognition could be considered alongside temperament and physicality to predict working dog success.

If organizations that train dogs could better predict which dogs are most worth the investment, it could save tens of thousands of dollars in unnecessary training costs and also ensure that people in need get the right dogs faster, MacLean said.

He and his colleagues are now working on determining if cognitive testing could be informative even earlier - when a dog is just 8 weeks old. They also are looking at whether these skills have a genetic basis that could be targeted in breeding programs.

"One of the most exciting parts of all this is that it tells us cognition does something in animals," MacLean said. "We study these abstract questions about how animals think about the world and how they solve problems, but there aren't always a lot of situations where you can say, 'Why does that matter? What does it allow an animal to actually do?' This is some of the first evidence that suggests that these processes that we measure, which differ between individual dogs, have some real consequences related to something that's quite worthy in society."