Broadband fiber-optics carry information on pulses of light, at the speed of light, through optical fibers. But the way the light is encoded at one end and processed at the other affects data speeds.

This world-first nanophotonic device, just unveiled in Nature Communications, encodes more data and processes it much faster than conventional fiber optics by using a special form of 'twisted' light.

Dr Haoran Ren from RMIT's School of Science, who was co-lead author of the paper, said the tiny nanophotonic device they have built for reading twisted light is the missing key required to unlock super-fast, ultra-broadband communications. 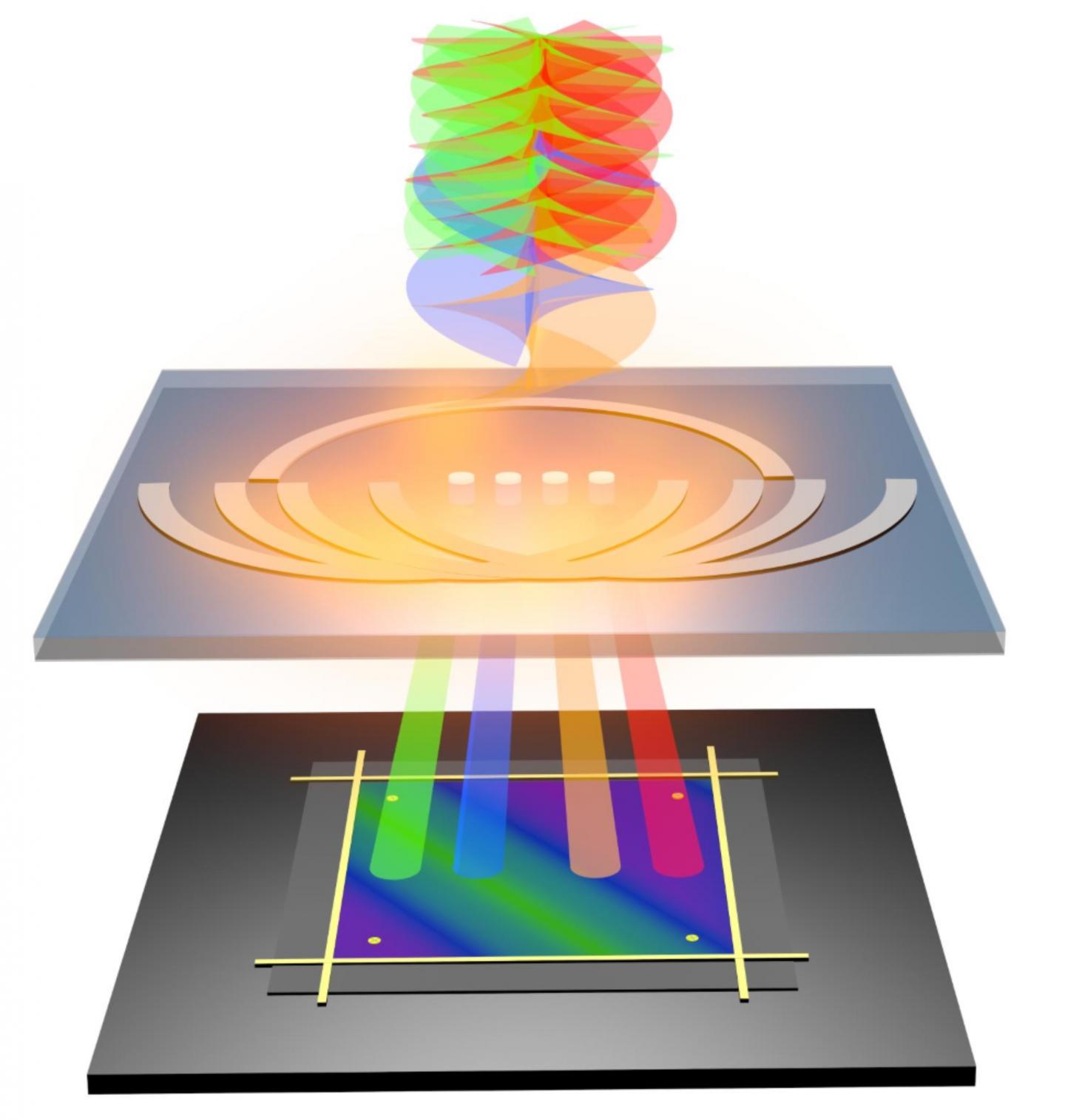 
"Present-day optical communications are heading towards a 'capacity crunch' as they fail to keep up with the ever-increasing demands of Big Data," Ren said.

"What we've managed to do is accurately transmit data via light at its highest capacity in a way that will allow us to massively increase our bandwidth."

Current state-of-the-art fiber-optic communications, like those used in Australia's National Broadband Network (NBN), use only a fraction of light's actual capacity by carrying data on the colour spectrum.

New broadband technologies under development use the oscillation, or shape, of light waves to encode data, increasing bandwidth by also making use of the light we cannot see.

This latest technology, at the cutting edge of optical communications, carries data on light waves that have been twisted into a spiral to increase their capacity further still. This is known as light in a state of orbital angular momentum, or OAM.

In 2016 the same group from RMIT's Laboratory of Artificial-Intelligence Nanophotonics (LAIN) published a disruptive research paper in Science journal describing how they'd managed to decode a small range of this twisted light on a nanophotonic chip. But technology to detect a wide range of OAM light for optical communications was still not viable, until now.

"Our miniature OAM nano-electronic detector is designed to separate different OAM light states in a continuous order and to decode the information carried by twisted light," Ren said.

"To do this previously would require a machine the size of a table, which is completely impractical for telecommunications. By using ultrathin topological nanosheets measuring a fraction of a millimeter, our invention does this job better and fits on the end of an optical fiber."

LAIN Director and Associate Deputy Vice-Chancellor for Research Innovation and Entrepreneurship at RMIT, Professor Min Gu, said the materials used in the device were compatible with silicon-based materials use in most technology, making it easy to scale up for industry applications.

"Our OAM nano-electronic detector is like an 'eye' that can 'see' information carried by twisted light and decode it to be understood by electronics. This technology's high performance, low cost and tiny size makes it a viable application for the next generation of broadband optical communications," he said.

"It fits the scale of existing fiber technology and could be applied to increase the bandwidth, or potentially the processing speed, of that fiber by over 100 times within the next couple of years. This easy scalability and the massive impact it will have on telecommunications is what's so exciting."

Gu said the detector can also be used to receive quantum information sent via twisting light, meaning it could have applications in a whole range of cutting edge quantum communications and quantum computing research.

"Our nano-electronic device will unlock the full potential of twisted light for future optical and quantum communications," Gu said.