Giant That Shaped the Early Days of the Milky Way Discovered

Professor Amina Helmi reveals the secrets of our star system.

Some ten billion years ago, the Milky Way merged with a large galaxy. The stars from this partner, named Gaia-Enceladus, make up most of the Milky Way’s halo and also shaped its thick disk, giving it its inflated form. A description of this mega-merger, discovered by an international team led by University of Groningen astronomer Amina Helmi, is now published in the scientific journal Nature.

Large galaxies like our Milky Way are the result of mergers of smaller galaxies. An outstanding question is whether a galaxy like the Milky Way is the product of many small mergers or of a few large ones. The University of Groningen’s Professor of Astronomy, Amina Helmi, has spent most of her career looking for ‘fossils’ in our Milky Way which might offer some hints as to its evolution. She uses the chemical composition, the position and the trajectory of stars in the halo to deduce their history and thereby to identify the mergers which created the early Milky Way. 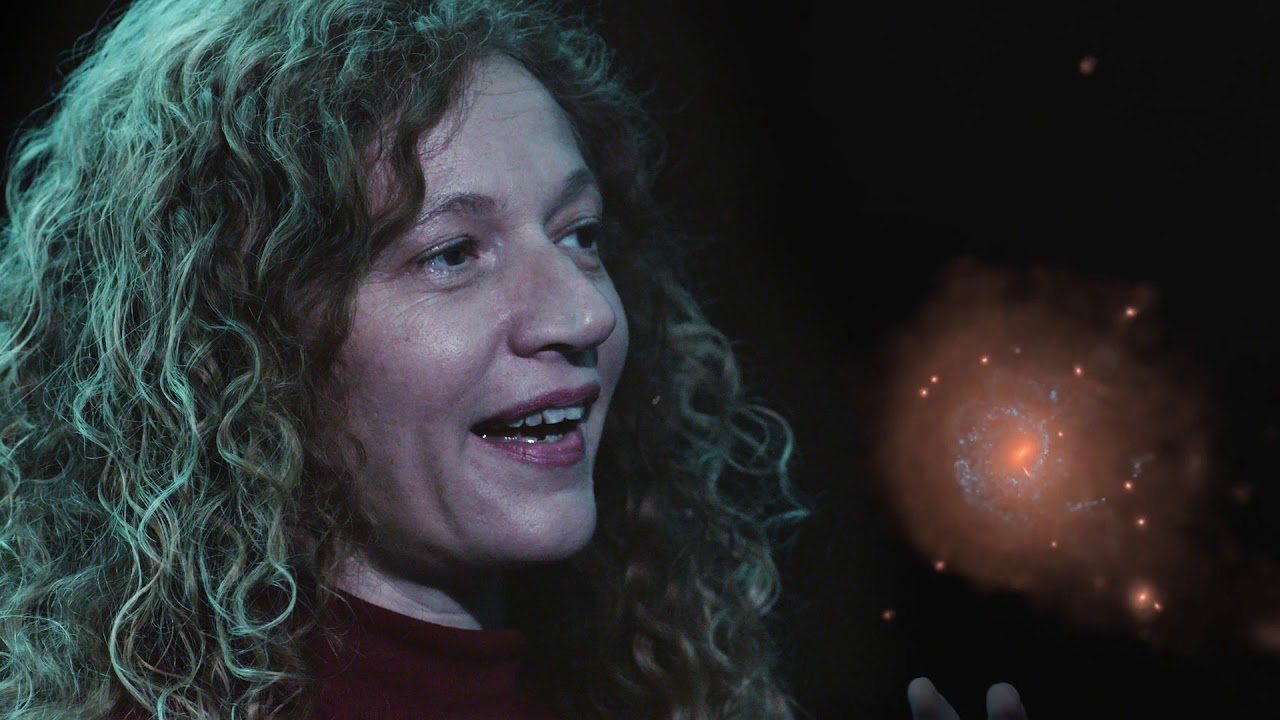 Simulation of the merger

Credits: H.H. Koppelman, A. Villalobos, A. Helmi (University of Groningen)

The recent second data release from the Gaia satellite mission last April provided Professor Helmi with data on around 1.7 billion stars. Helmi has been involved in the development of the Gaia mission for some twenty years and was part of the data validation team on the second data release. She has now used the data to look for traces of mergers in the halo: “We expected stars from fused satellites in the halo. What we didn’t expect to find was that most halo stars actually have a shared origin in one very large merger”.
Thick disk

This is indeed what she found. The chemical signature of many halo stars was clearly different from the ‘native’ Milky Way stars. “And they are a fairly homogenous group, which indicates they share a common origin”. By plotting both trajectory and chemical signature, the ‘invaders’ stood out clearly. Helmi: “The youngest stars from Gaia-Enceladus are actually younger than the native Milky Way stars in what is now the thick disk region. This means that the progenitor of this thick disk was already present when the fusion happened, and Gaia-Enceladus, because of its large size, shook it and puffed it up.” 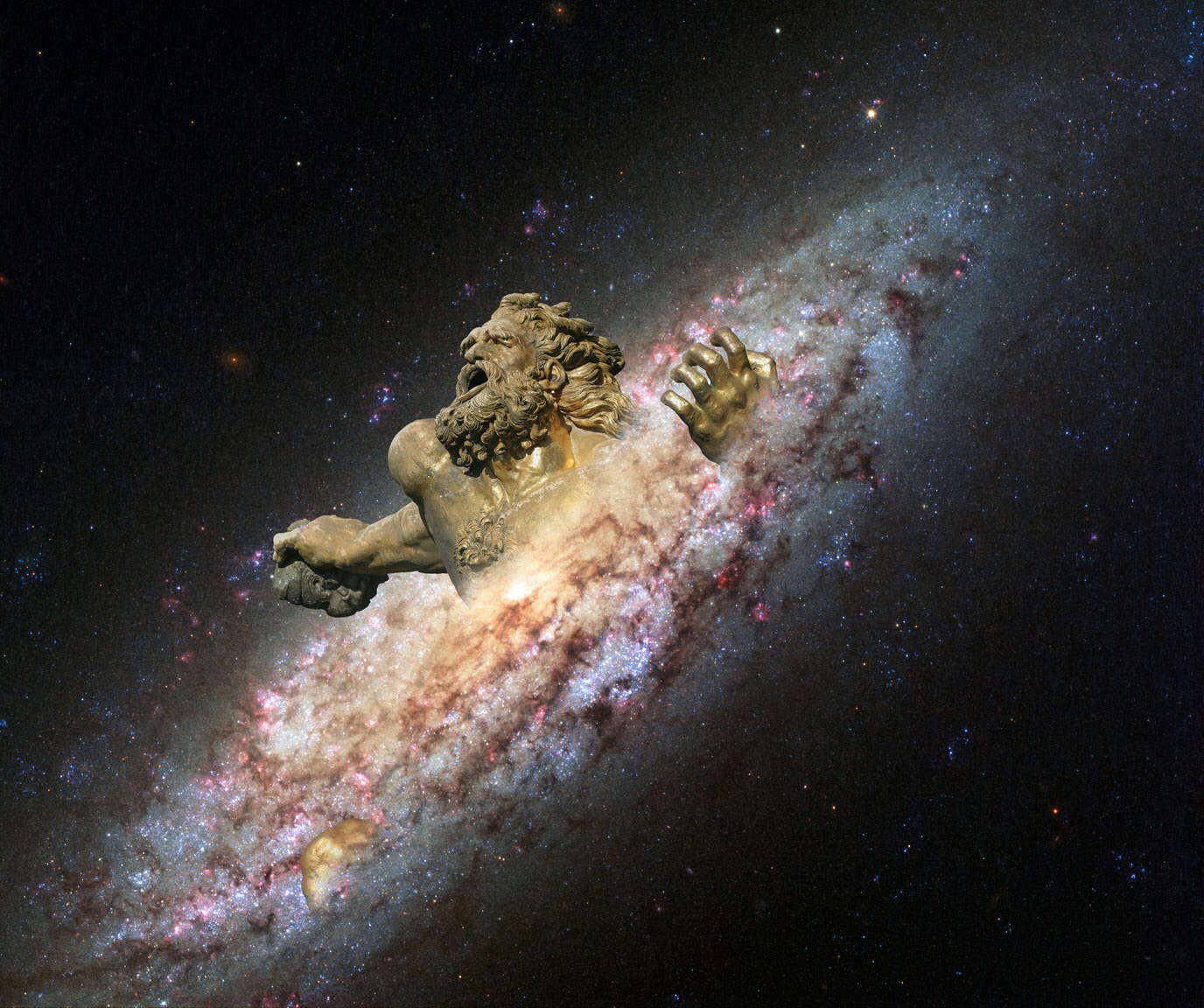 In a previous paper, Helmi had already described a huge ‘blob’ of stars sharing a common origin1. Now, she shows that stars from this blob in the halo are the debris from the merging of the Milky Way with a galaxy which was slightly more massive than the Small Magellanic Cloud, some ten billion years ago. The galaxy is called Gaia-Enceladus, after the Giant Enceladus who in Greek mythology was born of Gaia (the Earth goddess) and Uranus (the Sky god).

The data on kinematics, chemistry, age and spatial distribution from the native Milky Way stars and the remnants of Gaia-Enceladus reminded Helmi of simulations performed by a former PhD student, some ten years ago. His simulations of the merging of a large disc-shaped galaxy with the young Milky Way produced a distribution of stars from both objects, which is totally in line with the Gaia data. “It was amazing to look at the new Gaia data and realize that I had seen it before!,” says the astronomer.

Computer simulation of the merger between a galaxy like the young Milky Way, whose stars are shown in cyan, and a smaller galaxy, indicated in red. According to a study based on the second data release of ESA's Gaia mission, astronomers estimate that a significant merging event like the one shown in this animation has occurred during the Milky Way's early formation stages, ten billion years ago. Such a merger has led to two important components of our Galaxy, the halo and the thick disc. Stars belonging to the accreted galaxy, which has been named Gaia-Enceladus, are interspersed with the Milky Way stars and can be seen across the entire sky, but could only be revealed thanks to Gaia's extraordinary precision.


The movie shows an N-body simulation of the merger of a Milky Way-like galaxy (with its stars in blue) and a smaller disky galaxy resembling the Small Magellanic Cloud in mass (with it stars in red). At the beginning the two galaxies are clearly separated, but gravity pulls them together and this leads to the full accretion of the smaller one. Distinguishing the accreted stars from the rest is not easy by the final stage, but it is possible using the motions of the stars and their chemical  https://www.astro.rug.nl/~ahelmi/Villalobos-i60-final-v1.mp4


Contacts and sources:
University of Groningen