The Air Force Office of Scientific Research (AFOSR) has awarded two College of Engineering faculty members, Michael M. Micci, professor of aerospace engineering, and Sven G. Bilén, head of the School of Engineering Design, Technology, and Professional Programs and professor of engineering design, aerospace engineering and electrical engineering, funding totaling more than $823,000 for a three-year program to develop and use a facility to study the use of beamed microwave energy to launch space vehicles off the surface of Earth.
An experimental rocket engine to collect beamed microwave energy to heat propellants to plasma temperatures. 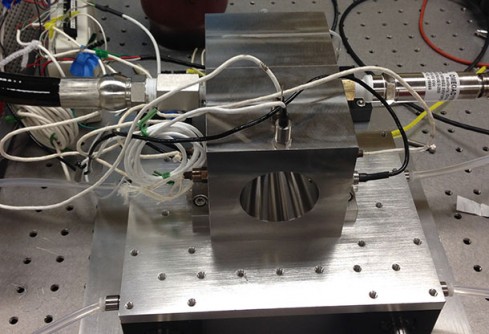 The funding consists of two separate awards, with the first being $396,865 provided by the Defense University Research Instrumentation Program, which funds large-scale equipment acquisition by universities. This award will be used to acquire a five-foot diameter by eight-foot-long high-vacuum chamber to simulate both high altitudes and the space environment. The funding also provides for the acquisition of a high-power microwave source and related microwave and optical diagnostic equipment.

The second award of $426,913 from AFOSR is to utilize the facility to examine the feasibility of beaming microwave power to a space vehicle, where it is focused to heat either an on-board propellant or ingested surrounding air to create a plasma with temperatures higher than can be achieved with current chemical propulsion methods. Because of the higher propellant temperatures, more thrust can be achieved for the same flow rate of propellant. Since the microwave source is located on the ground and not on the space vehicle, it is powered by the commercial electrical grid, allowing a large amount of energy to be transmitted to the space vehicle without any weight penalty for the vehicle. 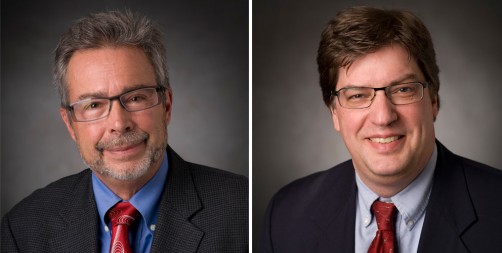 Experiments will also be conducted at the Air Force Research Laboratory in Albuquerque, New Mexico, where a multimillion-dollar 100-kilowatt, 95-gigahertz microwave source is located.

“If this concept proves viable, it has the potential to drastically reduce the cost of placing spacecraft into Earth’s orbit, something which has both governmental and commercial applications,” said Micci.

A reverse of the concept is shown here:  an array of solar collectors once envisioned by NASA as part of a Lunar Solar Power System. This field would collect the energy from sunlight and convert it into electricity. This power would then be converted into microwave beams directed toward the Earth. Large rectennas on the Earth would collect this energy and direct it into existing and new distribution grids.

Contacts and sources:
Penn State College of Engineering
on October 21, 2018