An analysis of mule deer migration routes in two areas of Wyoming documents the idea that the animals choose readily traversable pathways where they also can find food.

The research by University of Wyoming scientists and collaborators from The Nature Conservancy and Western EcoSystem Technologies Inc. also suggests that migrating animals avoid human disturbance, which could be a detriment to their nutritional needs.

The findings are detailed in a new paper -- "Functional attributes of ungulate migration: landscape features facilitate movement and access to forage" -- published in the scientific journal Ecological Applications. Led by Assistant Professor Kevin Monteith in UW's Haub School of Environment and Natural Resources, the research adds to a growing body of work by UW scientists regarding Wyoming's unparalleled big-game migrations. 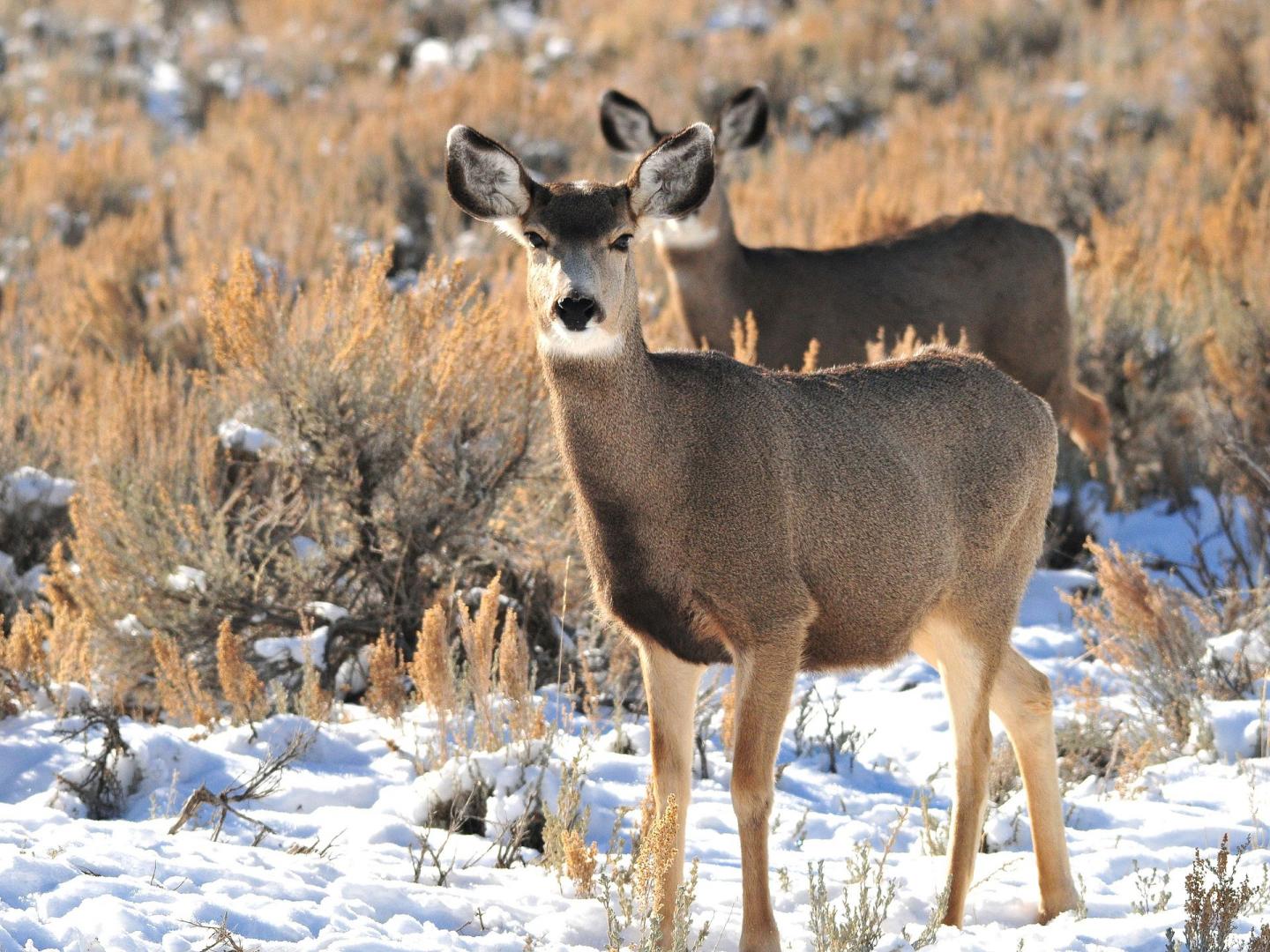 
"The strong link between fitness and nutritional condition in (big-game animals) underscores the importance of migratory tactics that enhance nutritional gain," says the paper, whose co-authors include fellow UW researchers Matt Kauffman and Matt Hayes. "Therefore, it is critical for migrating animals to not only have access to stopovers where snow recedes and green-up occurs predictably early, but to also have readily traversable pathways that connect them."

The study looked at the spring migration pathways of mule deer in the Atlantic Rim area of southern Wyoming and western Wyoming's upper Green River Basin. These pathways included areas through which the deer moved quickly, as well as stopover areas where the animals spent a number of days feeding on newly growing plants.

"Migratory routes not only function to transport individuals from one seasonal range to another, but also to prolong access to foods that are potentially more diverse or at a prime (nutritional) state compared with that available on an often impoverished winter range or a summer range exposed to inclement weather," the paper states. "Selection for stopovers in both study sites was associated with dry locations on south-southwesterly slopes with early green-up and low (human) disturbance, which supports the hypothesis that stopovers are critical locations on a migratory route that facilitate refueling and energy gain."

The researchers found that the deer avoided areas of human disturbance for both movement corridors and stopovers, potentially reducing the net benefit of migration.

"Indeed, barriers to migration or alterations to routes that force detours may displace animals onto wetter habitat with delayed spring green-up, thereby hampering forward movement and forage gain," the scientists wrote. "Encroachment of (human) features onto migratory routes may not sever the connectivity between seasonal ranges, but may reduce the functionality and thus, the benefits of the route itself."

The researchers say they hope the increased understanding of the landscape features of stopovers and movement corridors for big-game animals will help wildlife managers and land managers. Such information may help identify habitat treatments that could improve existing routes, mitigate for route segments disturbed by humans and potentially restore routes in areas that currently are inaccessible or unused.

"Understanding the evolutionary underpinnings of migration and its effects on population dynamics is critical, but more pressing is the need to effectively manage and conserve migratory populations in an increasingly altered landscape," the paper concludes. "Therefore, identifying migratory routes and the landscape attributes associated with them are keys to mitigating, enhancing and protecting the migratory habitat needed to sustain ungulate populations."

The paper's other authors are Holly Copeland of The Nature Conservancy and Hall Sawyer of Laramie's Western EcoSystem Technology Inc.