The Apollo moon landing was staged. The CIA killed JFK. 9/11 was a plot by the U.S. government to justify a war in the Middle East. President Barack Obama was not a natural born citizen. The massacre at Sandy Hook elementary school was staged as a pretense for increased gun control. The “deep state” is trying to destroy Donald Trump’s presidency.

Conspiracy theories have been cooked up throughout history, but they are increasingly visible lately, likely due in part to the president of the United States routinely embracing or creating them.

Given that any particular conspiracy theory is unlikely to be the subject of mainstream consensus, what draws people to them?

New research by Josh Hart, associate professor of psychology, suggests that people with certain personality traits and cognitive styles are more likely to believe in conspiracy theories. The research was recently published in the Journal of Individual Differences.

“These people tend to be more suspicious, untrusting, eccentric, needing to feel special, with a tendency to regard the world as an inherently dangerous place,” Hart said. “They are also more likely to detect meaningful patterns where they might not exist. People who are reluctant to believe in conspiracy theories tend to have the opposite qualities.” 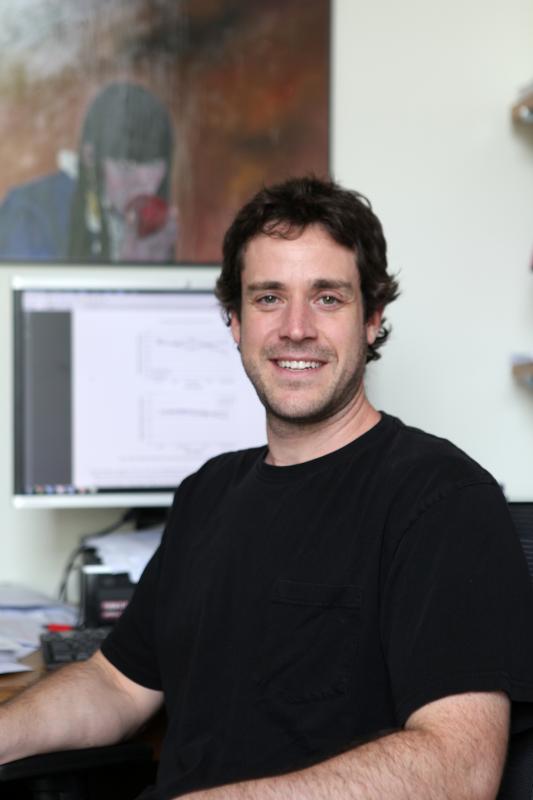 Hart and his student, Molly Graether ‘17, surveyed more than 1,200 American adults. Participants were asked a series of questions related to their personality traits, partisan bent and demographic background. They were also asked whether they agreed with generic conspiratorial statements, such as: “The power held by heads of state is second to that of small unknown groups who really control world politics,” and “Groups of scientists manipulate, fabricate or suppress evidence in order to deceive the public.”

Previous research has shown that people gravitate toward conspiracy theories that affirm or validate their political view: Republicans are vastly more likely than Democrats to believe the Obama “birther” theory or that climate change is a hoax. Democrats are more likely to believe that Trump’s campaign “colluded” with the Russians, Hart said.

Some people are also habitual conspiracists who entertain a variety of generic theories. For example, they believe that world politics are controlled by a cabal instead of governments or that scientists systematically deceive the public. This indicates that personality or other individual differences might be at play.

Hart and Graether wanted to build on this research by testing how much each of several previously identified traits could explain generic conspiracy beliefs. By examining multiple traits simultaneously, the pair could determine which ones were most important.

“Our results clearly showed that the strongest predictor of conspiracy belief was a constellation of personality characteristics collectively referred to as ‘schizotypy,’ Hart said.

The trait borrows its name from schizophrenia, but it does not imply a clinical diagnosis.

Hart’s study also showed that conspiracists had distinct cognitive tendencies: they were more likely than nonbelievers to judge nonsensical statements as profound (a tendency known as “BS receptivity”).

In turn, they were more likely to say that nonhuman objects — triangle shapes moving around on a computer screen — were acting intentionally.

“In other words, they inferred meaning and motive where others did not,” he said.

So what does this all mean?

“First, it helps to realize that conspiracy theories differ from other worldviews in that they are fundamentally gloomy,” Hart said. “This sets them apart from the typically uplifting messages conveyed by, say, religious and spiritual beliefs. At first blush this is a conundrum. However, if you are the type of person who looks out at the world and sees a chaotic, malevolent landscape full of senseless injustice and suffering, then perhaps there is a modicum of comfort to be found in the notion that there is someone, or some small group of people, responsible for it all. If ‘there’s something going on,’ then at least there is something that could be done about it.”

“After Watergate, the American public learned that seemingly outlandish speculation about the machinations of powerful actors is sometimes right on the money,” he said. “And when a conspiracy is real, people with a conspiracist mindset may be among the first to pick up on it while others get duped.

“Either way, it is important to realize that when reality is ambiguous, our personalities and cognitive biases cause us to adopt the beliefs that we do. This knowledge can help us understand our own intuitions.”