Where Are the Extraterrestrials?


“Are we alone in the universe?” The question has fascinated, tantalized and even disconcerted humans for as long as we can remember.

So far, it would seem that intelligent extraterrestrial life — at least as fits our narrow definition of it — is nowhere to be found. Theories and assumptions abound as to why we have neither made contact with nor seen evidence of advanced extraterrestrial civilizations despite decades-long efforts to make our presence known and to communicate with them. 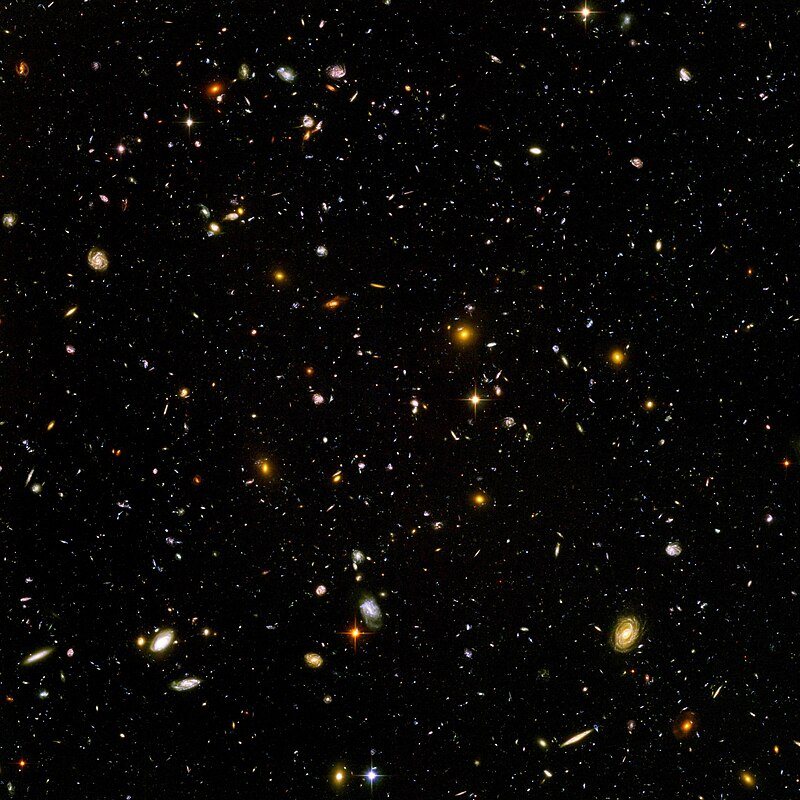 Meanwhile, a steady stream of discoveries are demonstrating the presence of Earth analogues — planets that, like our own, exist at a “Goldilocks zone” distance from their own respective stars, in which conditions are “just right” for liquid water (and thus life) to exist. Perhaps even more mind-blowing is the idea that there are, on average, as many planets as there are stars.

“That is, I think, one of the amazing discoveries of the last century or so — that planets are common,” said Philip Lubin, an experimental cosmologist and professor of physics at UC Santa Barbara. Given that, and the assumption that planets provide the conditions for life, the question for Lubin’s group has become: Are we looking hard enough for these extraterrestrials?

That is the driver behind the Trillion Planet Survey, a project of Lubin’s student researchers. The ambitious experiment, run almost entirely by students, uses a suite of telescopes near and far aimed at the nearby galaxy of Andromeda as well as other galaxies including our own, a “pipeline” of software to process images and a little bit of game theory.

“First and foremost, we are assuming there is a civilization out there of similar or higher class than ours trying to broadcast their presence using an optical beam, perhaps of the ‘directed energy’ arrayed-type currently being developed here on Earth,” said lead researcher Andrew Stewart, a student at Emory University and a member of Lubin’s group. “Second, we assume the transmission wavelength of this beam to be one that we can detect. Lastly, we assume that this beacon has been left on long enough for the light to be detected by us. If these requirements are met and the extraterrestrial intelligence’s beam power and diameter are consistent with an Earth-type civilization class, our system will detect this signal.”

From Radio Waves to Light Waves
For the last half-century, the dominant broadcast from Earth has taken the form of radio, TV and radar signals, and seekers of alien life, such as the scientists at the Search for Extraterrestrial Intelligence (SETI) Institute, have been using powerful radio telescopes to look for those signals from other civilizations. Recently however, and thanks to the exponentially accelerating progress of photonic technology, optical and infrared wavelengths are offering opportunities to search via optical signals that allow for vastly longer range detection for comparable systems.

In a 2016 paper titled “The Search for Directed Intelligence” (or SDI), Lubin outlined the fundamental detection and game theory of a “blind-blind” system in which neither we, nor the extraterrestrial civilization are aware of each other but wish to find one another. That paper was based on the application of photonics developed at UC Santa Barbara in Lubin’s group for the propulsion of small spacecraft through space at relativistic speeds (i.e. a significant fraction of the speed of light) to enable the first interstellar missions. That ongoing project is funded by NASA’s Starlight and billionaire Yuri Milner’s Breakthrough Starshot programs, both of which use the technology developed at UCSB. The 2016 paper shows that the technology we are developing today would be the brightest light in the universe and thus capable of being seen across the entire universe.

Of course, not everyone is comfortable with advertising our presence to other, potentially advanced, extraterrestrial civilizations.

“Broadcasting our presence to the universe, believe it or not, turns out to be a very controversial topic,” Stewart said, citing bureaucratic issues that arise whenever beaconing is discussed, as well as the difficulty in obtaining the necessary technology of the scale required. Consequently, only a few, tentative signals have ever been sent in a directed fashion, including the famous Voyager 1 probe with its message-in-a-bottle-like golden record.

Tipping the concept on its head, the researchers asked, ‘What if there are other civilizations out there that are less shy about broadcasting their presence?’

“At the moment, we’re assuming that they’re not using gravity waves or neutrinos or something that’s very difficult for us to detect,” Lubin said. But optical signals could be detected by small (meter class) diameter telescopes such as those at the Las Cumbres Observatory’s robotically controlled global network.

“In no way are we suggesting that radio SETI should be abandoned in favor of optical SETI,” Stewart added. “We just think the optical bands should be explored as well.”

Searching the Stars
“We’re in the process of surveying (Andromeda) right now and getting what’s called ‘the pipeline’ up and running,” said researcher Alex Polanski, a UC Santa Barbara undergraduate in Lubin’s group. A set of photos taken by the telescopes, each of which takes a 1/30th slice of Andromeda, will be knit together to create a single image, he explained. That one photograph will then be compared to a more pristine image in which there are no known transient signals — interfering signals from, say, satellites or spacecraft — in addition to the optical signals emanating from the stellar systems themselves. The survey photo would be expected to have the same signal values as the pristine “control” photo, leading to a difference of zero. But a difference greater than zero could indicate a transient signal source, Polanski explained. Those transient signals would then be further processed in the software pipeline developed by Stewart to kick out false positives. In the future the team plans to use simultaneous multiple color imaging to help remove false positives as well.

“One of the things the software checks for is, say, a satellite that did go through our image,” said Kyle Friedman, a senior from Granada Hills High School in Los Angeles, who is conducting research in Lubin’s group. “It wouldn’t be small; it would be pretty big, and if that were to happen the software would immediately recognize it and throw out that image before we actually even process it.”

Other vagaries, according to the researchers, include sky conditions, which is why it’s important to have several telescopes monitoring Andromeda during their data run.

Thanks to the efforts of Santa Barbara-based computer engineer Kelley Winters and the guidance of Lubin group project scientist Jatila van der Veen, the data is in good hands. Winters’ cloud-based Linux server provides a flexible, highly connected platform for the data pipeline software to perform its image analysis, while van der Veen will apply her digital image processing expertise to bring this project to future experimental cosmologists.

“In the Trillion Planet Survey especially, we experience something very inspiring: We have the opportunity to look out of our earthly bubble at entire galaxies, which could potentially have other beings looking right back at us,” she said. “The mere possibility of extraterrestrial intelligence is something very new and incredibly intriguing, so I’m excited to really delve into the search this coming year.”

The search, for any SETI-watcher, is an exercise in patience and optimism. Andromeda is 2.5 million light-years away, van der Veen pointed out, so any signal detected now would have been sent at least 2.5 million years ago — more than long enough for the civilization that sent it to have died out by the time the light reaches us.

“That does not mean we should not look,” van der Veen said. “After all, we look for archaeological relics and fossils, which tell us about the history of Earth. Finding ancient signals will definitely give us information about the history of evolution of life in the cosmos, and that would be amazing.”

While the data run and processing time for this particular project could occur in a span of weeks, according to the researchers this sequence could be repeated indefinitely. Theoretically, like all the sunrise and sunset watchers, and stargazers before us, we could look at the sky forever.

“I think if you were to take someone outside and you were to point at some random star in the night sky and see that is where life is, I think you would be hard pressed to find anyone who would not look at that star and just feel something very deep within themselves,” Polanski said. “Some very deep connection to whatever is up there or some kind of solace, I think, knowing that we’re not alone.”

The latest UCSB data and game theory of the “blind-blind” detection strategy used is being presented at the NASA Technosignatures workshopin Houston on September 28.