An oft-cited publication said a pre-Colombian archaeological site in Panama showed signs of extreme violence. A new review of the evidence strongly suggests that the interpretation was wrong.

Buried alive. Butchered. Decapitated. Hacked. Mutilated. Killed. Archaeologist Samuel K. Lothrop did not obfuscate when describing what he thought had happened to the 220 bodies his expedition excavated from Panama’s Playa Venado site in 1951. The only problem is that Lothrop likely got it wrong. A new evaluation of the site’s remains by Smithsonian archaeologists revealed no signs of trauma at or near time of death. The burial site likely tells a more culturally nuanced story.

The “long-overdue” reexamination of the Playa Venado site, which dates to 500-900 A.D. and is located near the Pacific entrance to the Panama Canal, found no evidence of ritual killing, said Nicole E. Smith-Guzmán, post-doctoral fellow at the Smithsonian Tropical Research Institute (STRI). Lothrop’s misinterpretations are likely due to the era of “Romantic archaeology,” underdeveloped methodologies for mortuary studies and literal readings of Spanish accounts of indigenous peoples after European contact.

“We now realize that many of these Spanish chroniclers were motivated to show the indigenous populations they encountered as ‘uncivilized’ and in need of conquering,” said Smith-Guzmán, adding that many accounts of sacrifice and cannibalism have not been confirmed by the archaeological record. “Rather than an example of violent death and careless deposition, Playa Venado presents an example of how pre-Columbian societies in the Isthmo-Colombian area showed respect and care for their kin after death.” 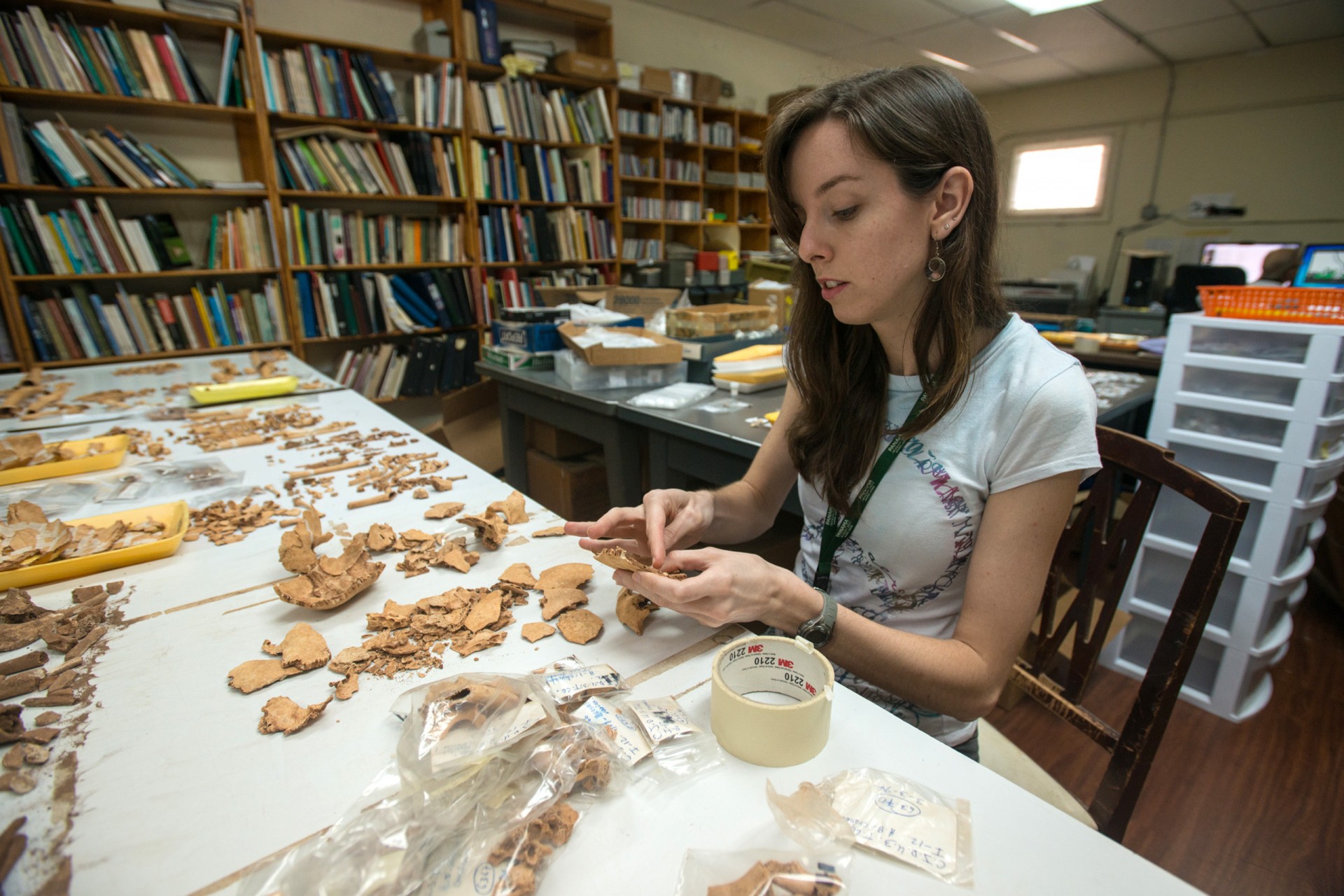 Bioarchaeologist Nicole Smith-Guzmán looks for clues that might explain the cause of death of individuals from ancient Panamanian gravesites. 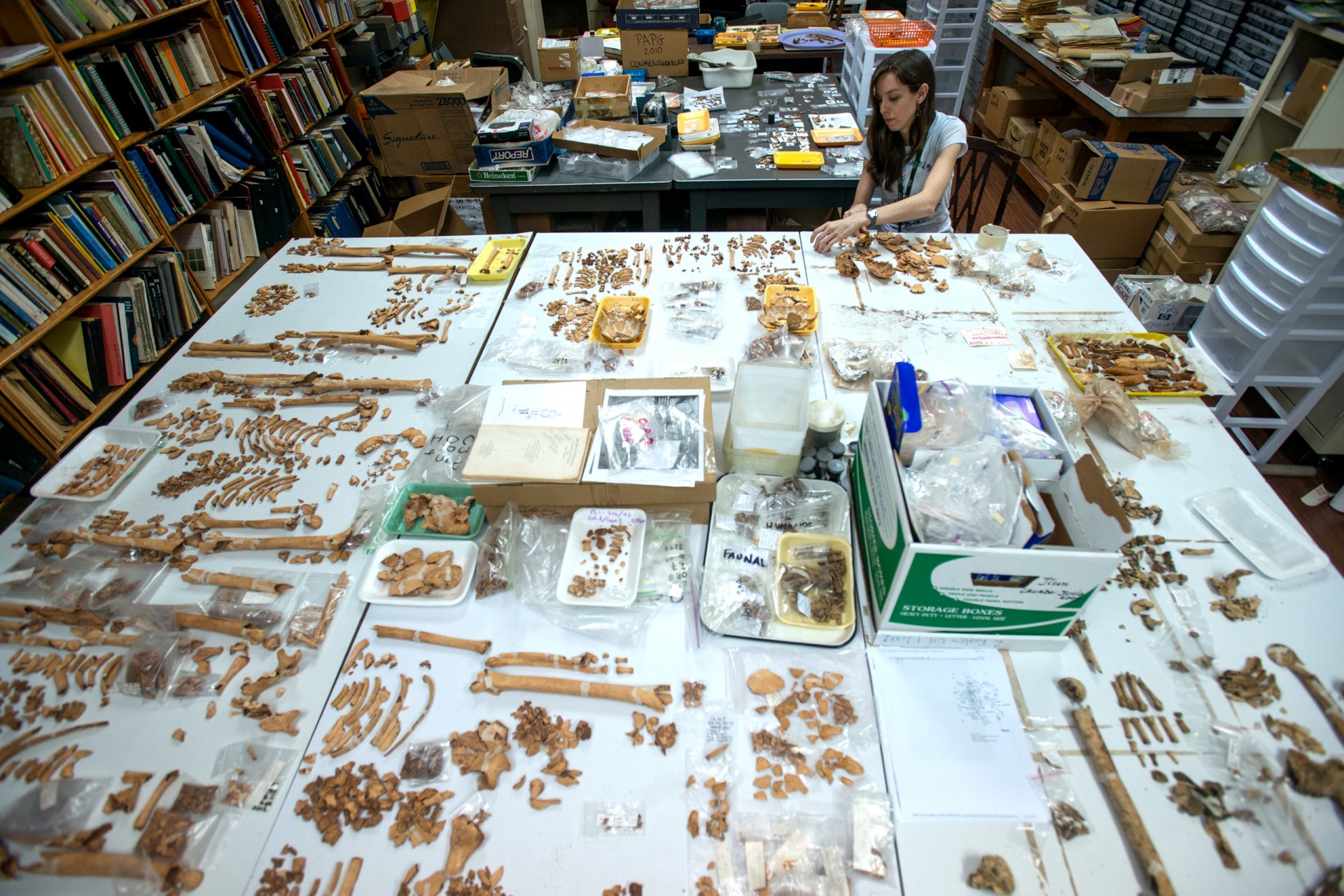 A large collection of previously unevaluated human remains at the Smithsonian Tropical Research Institute in Panama is full of surprises. In a previous study, post-doctoral fellow, Nicole Smith-Guzmán discovered the first case of bone cancer in Latin America. 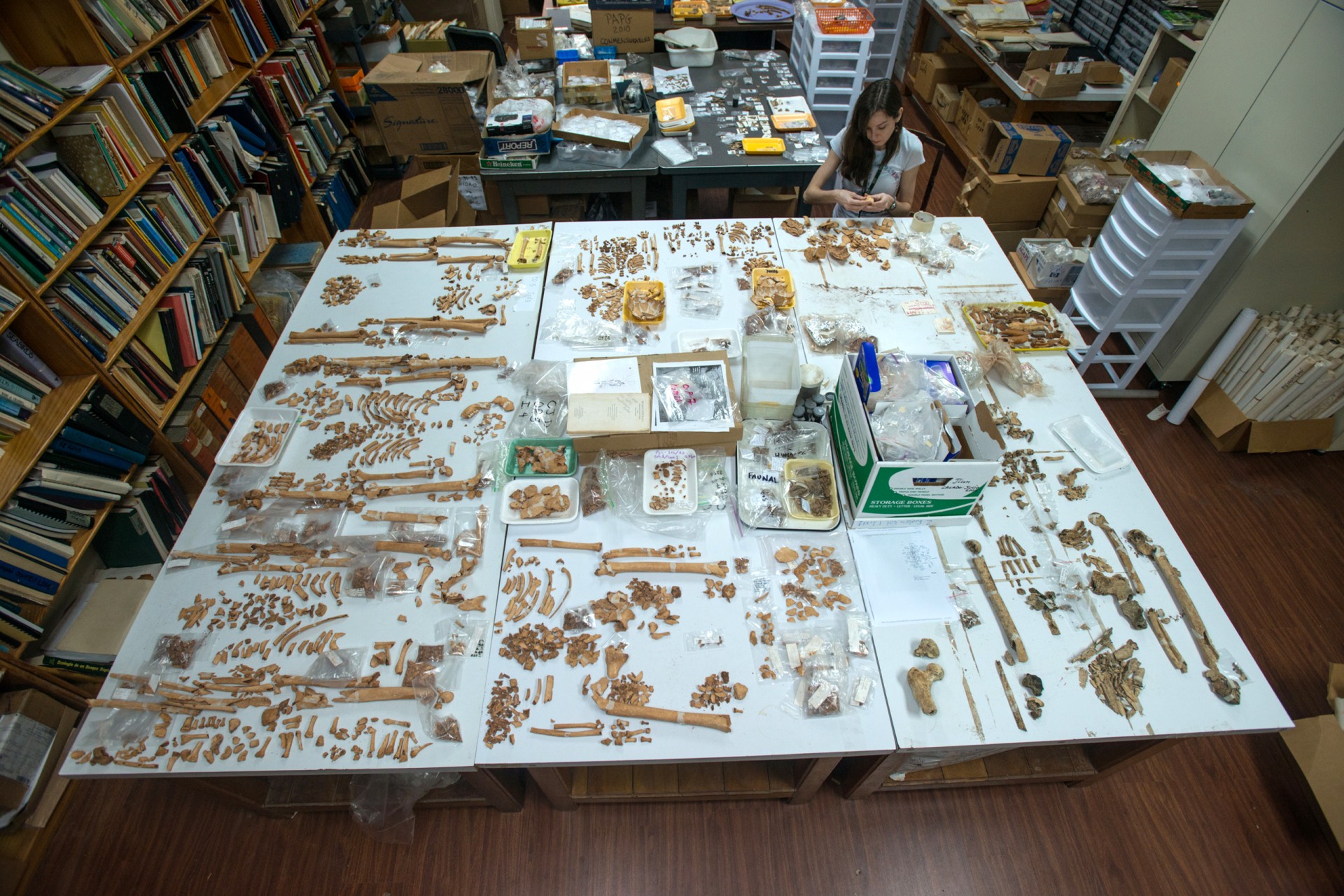 
But Lothrop’s 1954 paper, “Suicide, sacrifice and mutilations in burials at Venado Beach, Panama,” left its mark on the annals of Panamanian archaeology. It has been cited more than 35 times as evidence of violence, cannibalism or trophy decapitation. Some authors have used the paper to suggest Playa Venado is a mass burial site or a manifestation of conflict.

In defense of Lothrop, who was an archaeologist with Harvard University’s Peabody Museum of Archaeology and Enthnology, bioarchaeology (the study of human remains from archaeological contexts) did not exist as a sub-discipline until two decades after his work concluded at Playa Venado. Today’s practitioners also benefit from methods developed in the 1980s and 1990s.

Lothrop’s careful documentation and preservation of remains made reevaluation possible. Remains from more than 70 individuals from Playa Venado are at the Smithsonian’s National Museum of Natural History, sent there by Lothrop for osteological evaluation.

Upon examination, Smith-Guzmán found only wounds that showed signs of healing well before the individuals died, including blows to the head and a dislocated thumb. Various broken bones and disarticulated remains discovered by Lothrop more likely explained by normal processes of decomposition and secondary burial of remains, which is believed to have a common ancestor-veneration practice in pre-Colombian Panama.

One of two cases of healed blows to the cranium from the Playa Venado excavations. Most of the evidence of violence was interpreted by Harvard archaeologist, Samuel Lothrop based on body positioning in graves at the site. Smithsonian post-doctoral fellow, Nicole Smith-Guzmán, found no examples of trauma that occurred near the time of death among the skeletons in the collection. 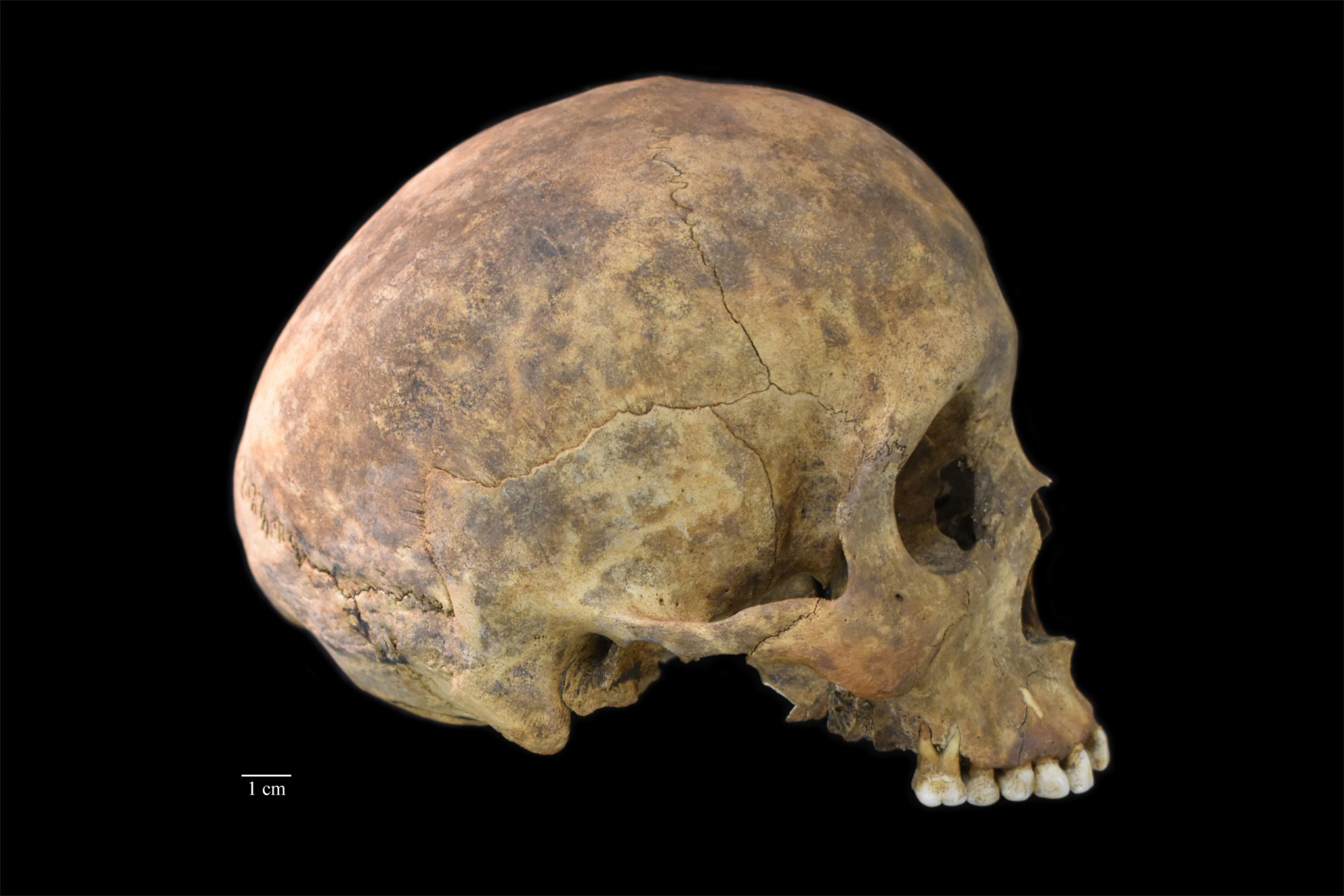 A female skeleton in situ with a ceramic pedestal bowl in the shape of a turtle at her head. Amateur archaeologist Kenneth Vinton kept this ceramic artifact and there were several photos of it on display in his classroom in Panama. 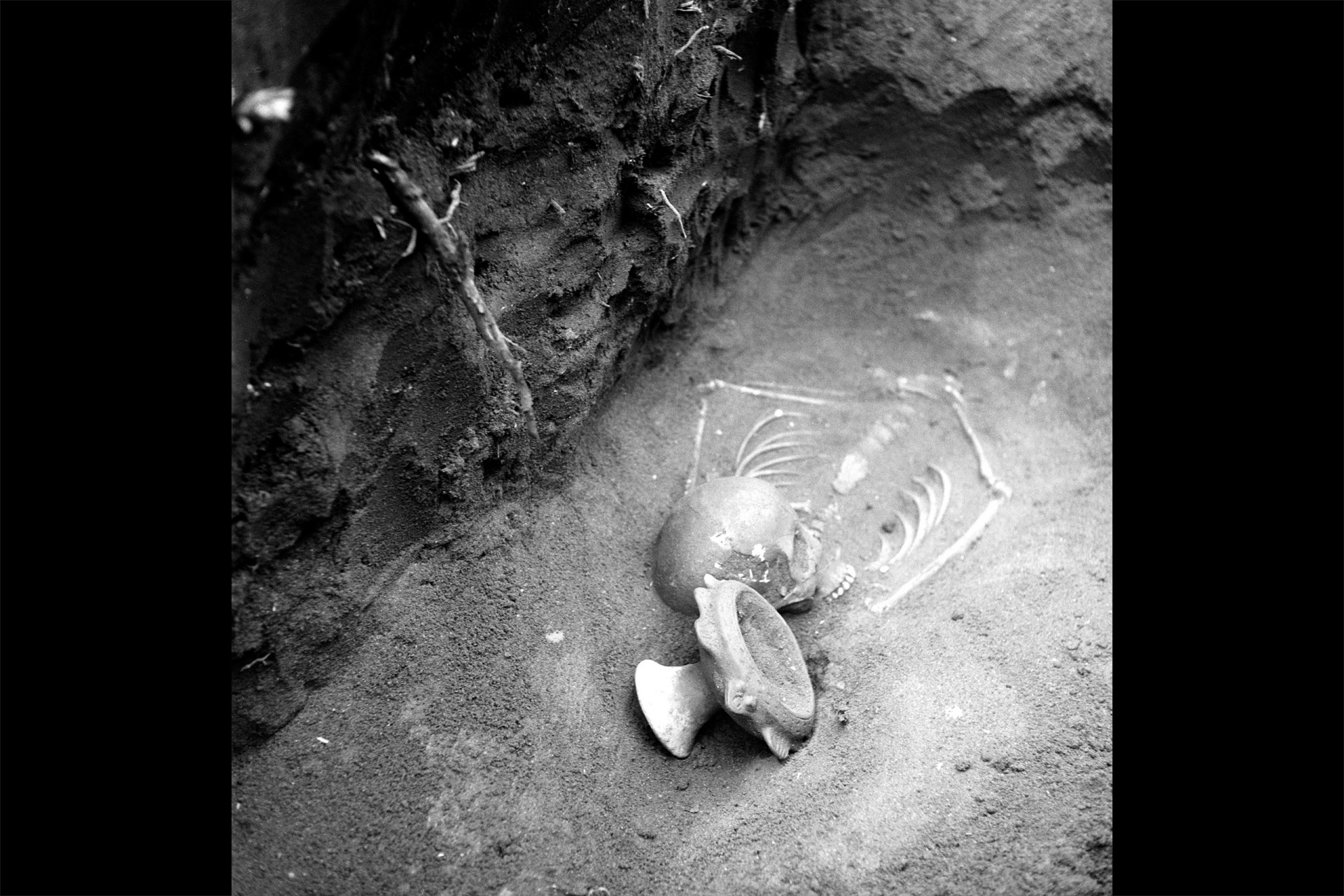 
This 1951 photo of a hired worker at Samuel K. Lothrop’s excavation at the Venado Beach site was taken by amateur archaeologist Kenneth Vinton. 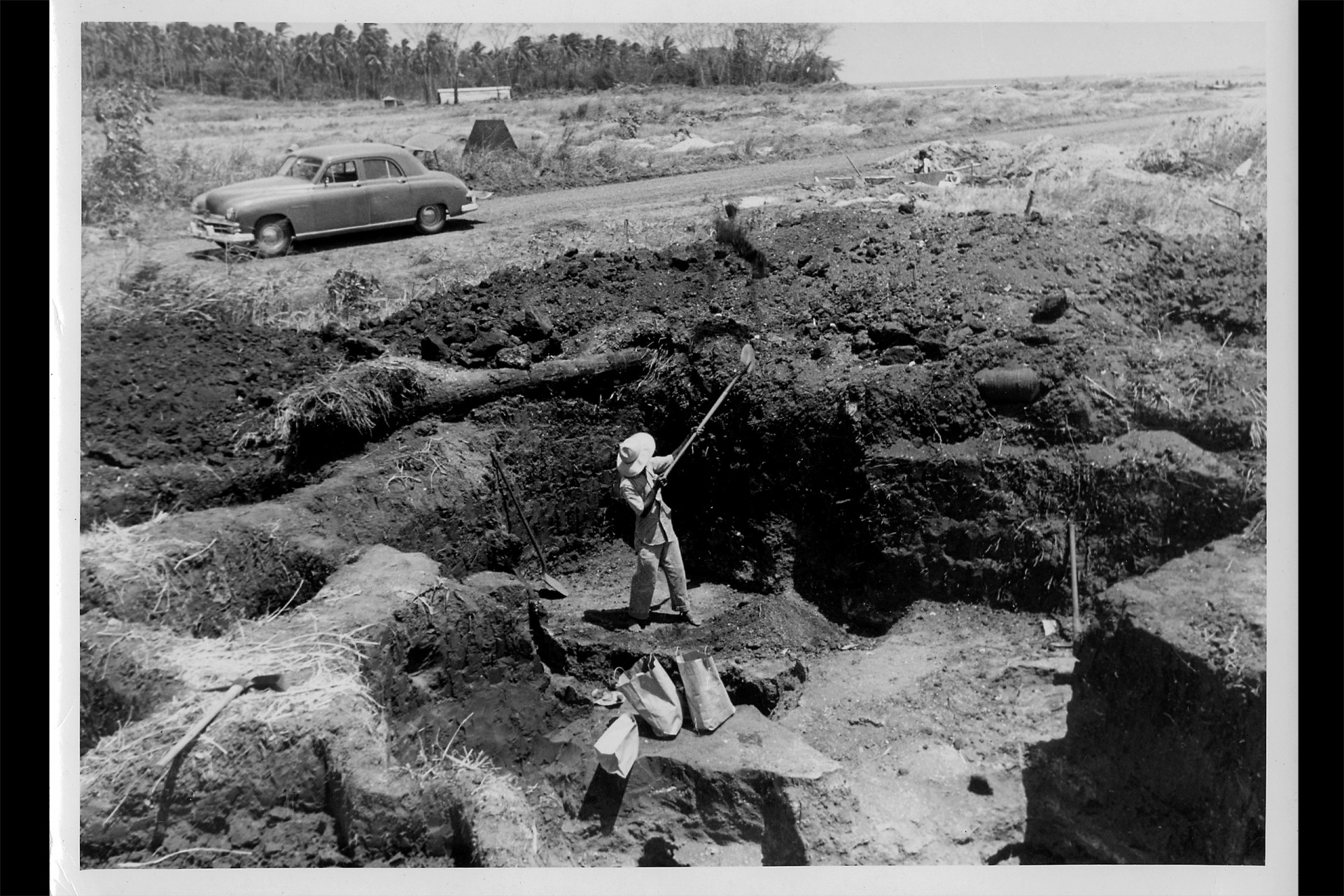 A disarticulated and fused thumb joint that had healed before the individual from the Playa Venado site died. 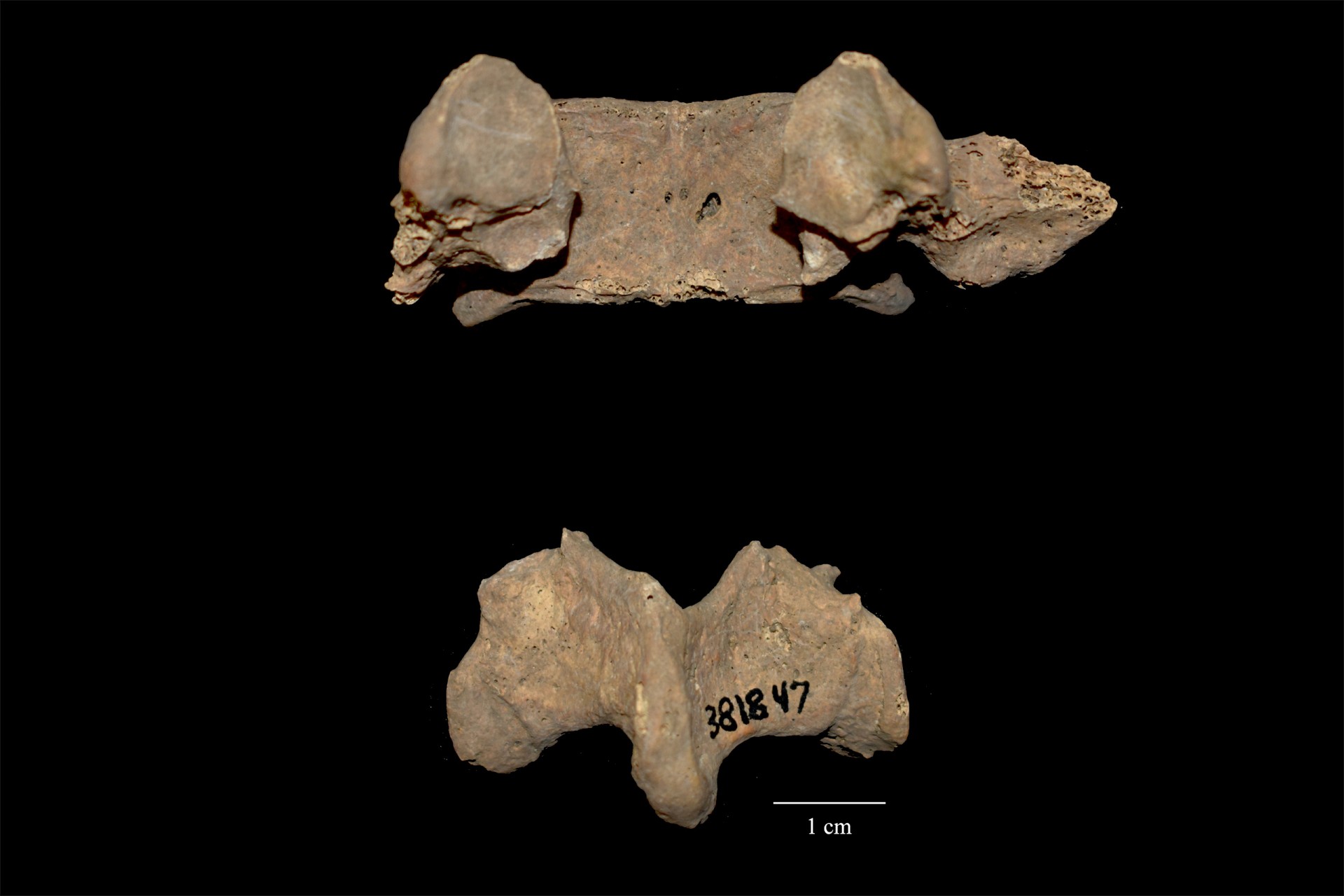 A separation of the posterior part of the fifth lumbar vertebra has healed into a false joint (pseudarthrosis). In this case, Harvard archaeologist, Samuel K. Lothrop interpreted the skeleton as having a broken back, but other than the spondylolysis of this vertebra, the rest of the spine showed
no evidence of injuries that took place during the individual’s life or around their time of death. 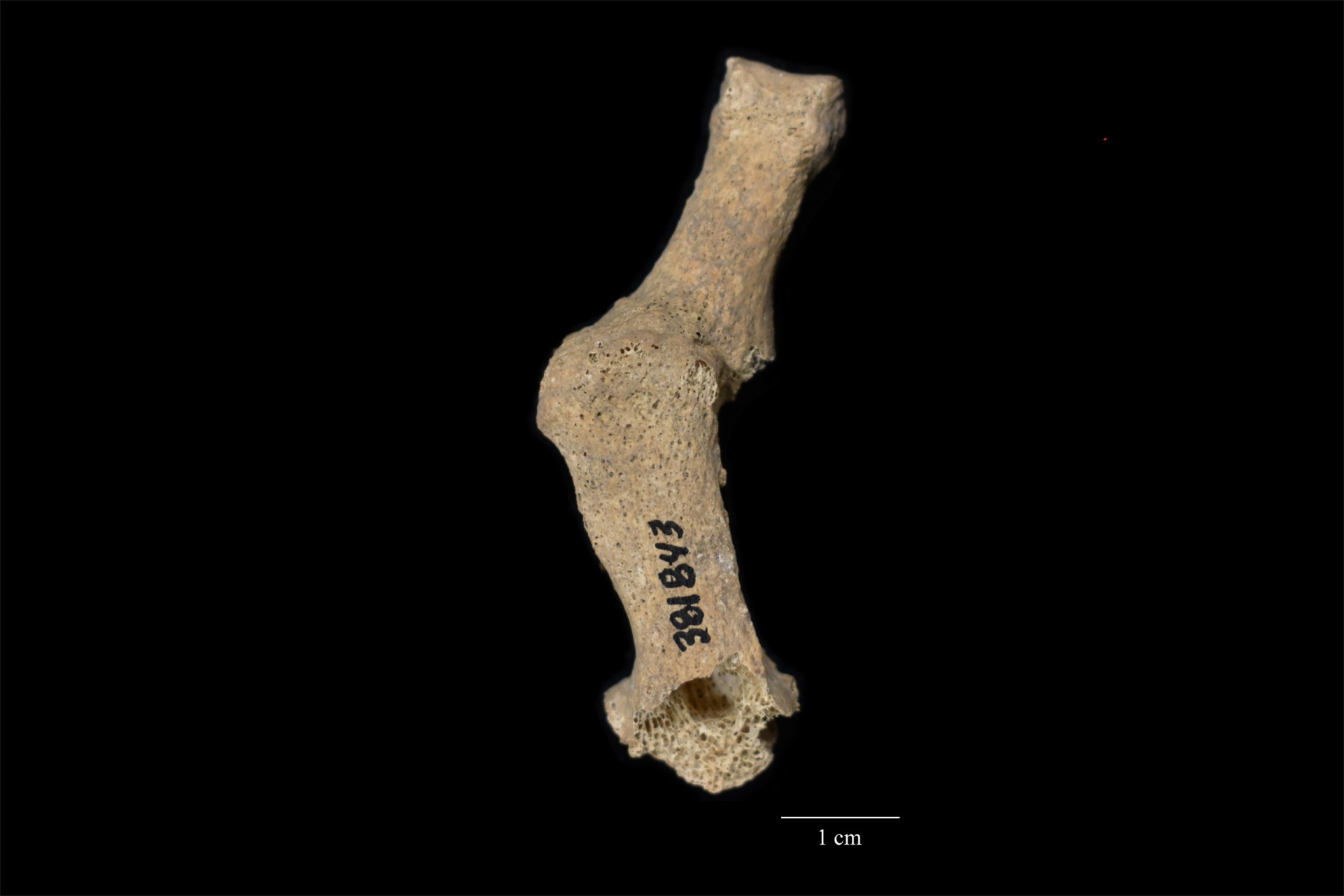 
Evidence suggests certain people’s remains were preserved for long periods of time before being buried in ritual contexts. “At Playa Venado, we see a lot of evidence of adults being buried next to urns containing children, multiple burials including one primary and one secondary burial and disturbance of previously laid graves in order to inter another individual in association,” said Smith-Guzmán.

“The uniform burial positioning and the absence of perimortem (around the time of death) trauma stands in contradiction to Lothrop’s interpretation of violent death at the site,” said Smith-Guzmán, who also used evidence from other archaeological sites around Panama about burial rites as part of the investigation. “There are low rates of trauma in general, and the open mouths of skeletons Lothrop noted are more easily explained by normal muscle relaxation after death and decay.”

Smith-Guzmán and Cooke’s reassessment of the Playa Venado burials suggests that ideas about widespread violence in pre-Columbian Panama need to be reconsidered. The research is part of a larger, interdisciplinary site reanalysis that will be published by the Dumbarton Oaks Museum in Washington, D.C..

Smith-Guzmán’s discovery of the first case of bone cancer in Latin America is featured on this month’s Smithsonian Sidedoor podcast.