The University of Central Florida is selling Martian dirt, $20 a kilogram plus shipping.

This is not fake news. A team of UCF astrophysicists has developed a scientifically based, standardized method for creating Martian and asteroid soil known as simulants.

The team published its findings this month in the journal Icarus.

“The simulant is useful for research as we look to go to Mars,” says Physics Professor Dan Britt, a member of UCF’s Planetary Sciences Group. “If we are going to go, we’ll need food, water and other essentials. As we are developing solutions, we need a way to test how these ideas will fare.”

For example, scientists looking for ways to grow food on Mars — cue the 2015 film The Martian — need to test their techniques on soil that most closely resembles the stuff on Mars.

“You wouldn’t want to discover that your method didn’t work when we are actually there,” Britt says. “What would you do then? It takes years to get there.”

UCF’s formula is based on the chemical signature of the soils on Mars collected by the Curiosity rover. Britt built two calibration targets that were part of Curiosity rover.

Researchers currently use simulants that aren’t standardized, so any experiment can’t be compared to another in an apples-to-apples kind of way, Britt says.

As a geologist and a physicist, he knows his dirt. Like a recipe, the ingredients can be mixed in different ways to mimic soil from various objects, including asteroids and planets. And because the formula is based on scientific methods and is published for all to use, even those not ordering through UCF can create dirt that can be used for experiments, which reduces the uncertainty level.

Kevin Cannon, the paper’s lead author and a post-doctoral researcher who works with Britt at UCF, says there are different types of soil on Mars and on asteroids. On Earth, for example, we have black sand, white sand, clay and topsoil to name a few. On other worlds, you might find carbon-rich soils, clay-rich soils and salt-rich soils, he added.

“With this technique, we can produce many variations,” Cannon says. “Most of the minerals we need are found on Earth although some are very difficult to obtain.”

A team of UCF astrophysicists has developed a scientifically based, standardized method for creating Martian and asteroid soil known as simulants. 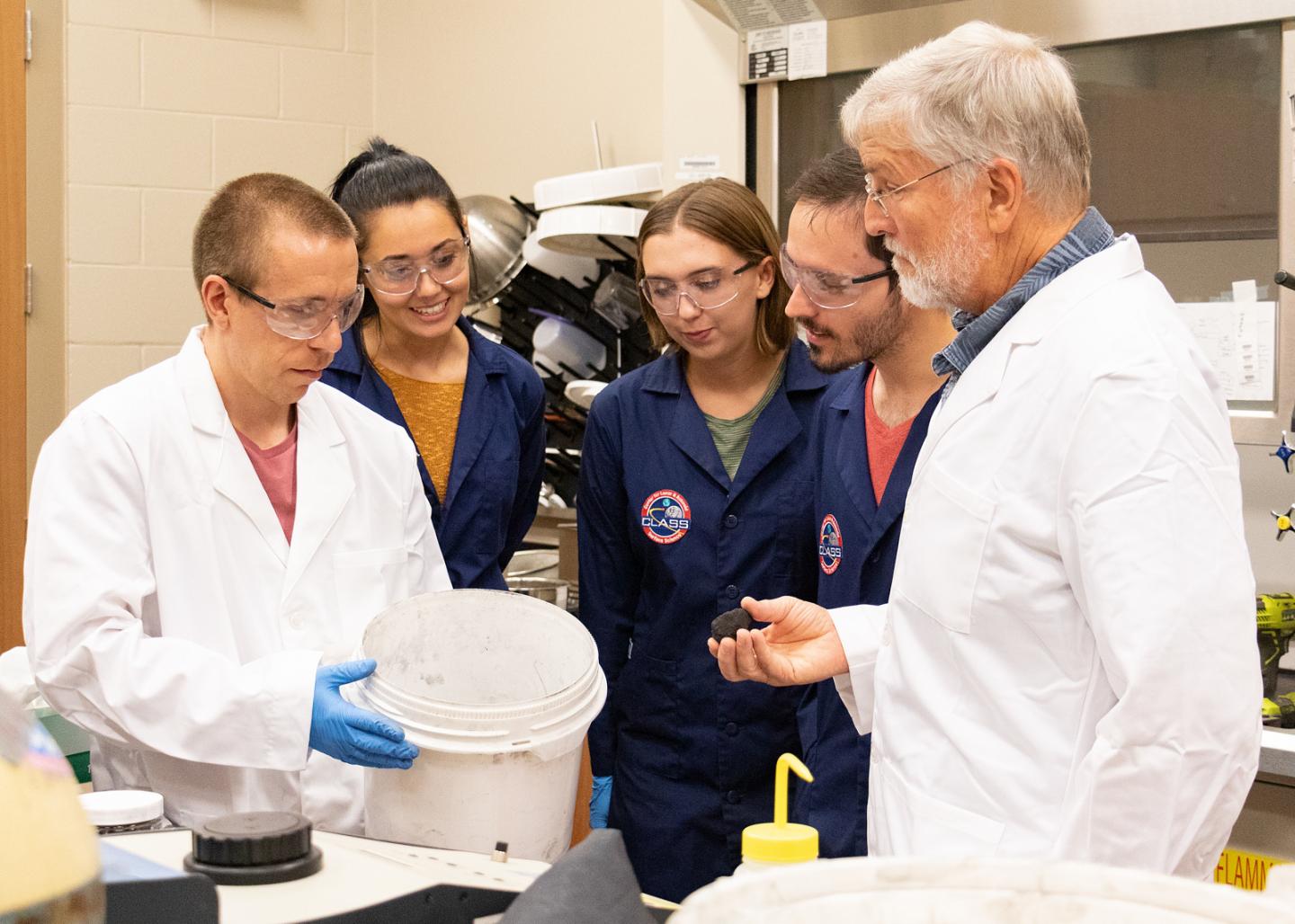 Cannon is in Montana to collect ingredients for a moon simulant this week. Moon and asteroid materials are rare and expensive on Earth since they arrived via meteorites in small amounts. That’s why asteroid and moon simulants are also on the list of items that can be ordered. The UCF team can mimic most ingredients and will substitute for any potentially harmful materials. All simulants produced in the lab meet NASA’s safety standards.

Britt and Cannon believe there is a market for the simulant. At $20 a kilogram, plus shipping, it may be easier to send UCF an order, than to try and make it in labs across the nation.

The team already has about 30 pending orders, including one from Kennedy Space Center for half a ton.

“I expect we will see significant learning happening from access to this material,” Britt says.

Cannon believes it will help accelerate the drive to explore our solar system as demonstrated by investments already being made by Space X, Blue Origin and other private companies.

For Cody Schultz, a mechanical engineering senior, getting to work on the experimental soil has been “very cool.”

“For someone who has always loved space science, this is the ultimate cool,” he says. “And the experience is fantastic in terms of the real world … out-of-this-world experience.”