Three new species of fish discovered in the extreme depths of the Pacific Ocean.

An exploration to one of the deepest places on earth has captured rare footage of what is believed to be three new species of the elusive Snailfish.

Involving a team of 40 scientists from 17 different nations, including Dr Alan Jamieson and Dr Thomas Linley from Newcastle University, UK, the expedition to the Atacama Trench has uncovered a wealth of information about life in one of the deepest places on earth.

The pink, the blue and the purple

Among the new discoveries are what the team believe to be three new species of snailfish.

CT scan of the Atacama snailfish 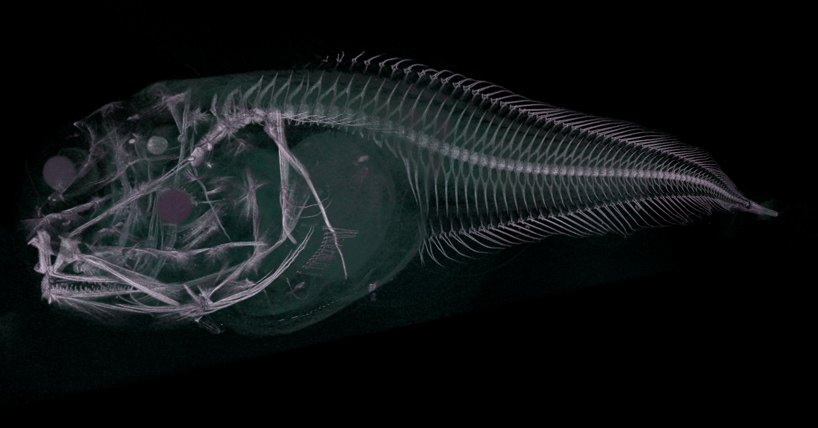 Temporarily named ‘the pink, the blue and the purple Atacama Snailfish’, the footage shows the fish feeding and interacting in their secret world 7,500 metres below the surface.

These fish are part of the Liparidae family and do not conform to the preconceived stereotypical image of what a deep-sea fish should look like.

Instead of giant teeth and a menacing frame, the fishes that roam in the deepest parts of the ocean are small, translucent, bereft of scales — and highly adept at living where few other organisms can. The snailfish will be featured as part of the Challenger Conference 2018 which kicks off at Newcastle University from today and runs until Friday.

“There is something about the snailfish (fish of the family Liparidae) that allows them to adapt to living very deep. Beyond the reach of other fish they are free of competitors and predators.

“As the footage clearly shows, there are lots of invertebrate prey down there and the snailfish are the top predator, they seem to be quite active and look very well-fed.

“Their gelatinous structure means they are perfectly adapted to living at extreme pressure and in fact the hardest structures in their bodies are the bones in their inner ear which give them balance and their teeth. Without the extreme pressure and cold to support their bodies they are extremely fragile and melt rapidly when brought to the surface.”

Amazingly, the team did manage to catch one the new species of snailfish which followed its amphipod prey into one of the traps. The single specimen was in very good condition and, following careful preservation, is currently being described by the Newcastle team with the help of colleagues from the United States and the Natural History Museum, London. 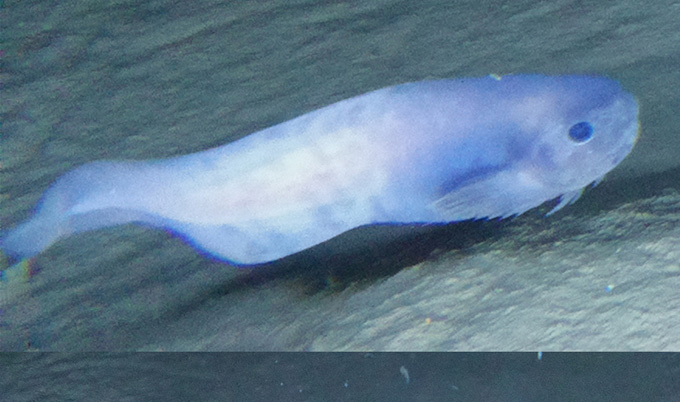 Pioneering technology for exploration of the ultra-deep

The Hadal Trenches are one of the last great frontiers in marine science and the deepest places on Earth.

Mostly located around the Pacific rim in areas where tectonic plate collide and plunge, the seafloor reaches depths close to 11,000 metres (~7miles) in some areas.

The Atacama Trench, a trench almost 6000 km long and more than 8000 m deep, runs along the west coast of South America.

Newcastle University scientists and engineers have been pioneering technology for the exploration of these ultra-deep environments for the last five years and have to date completed nearly 250 deployments of their novel ‘lander’ systems.

Designed and developed at Newcastle University, the lander is dropped overboard, and free-falls to the ocean floor where it carries out a variety of monitoring and sampling tasks.

It can take four hours for a trap to sink to the bottom and after waiting an additional 12 to 24 hours, the researchers send an acoustic signal to the trap, which releases weights and the lander rises to the surface with the help of floatation. This allows the team to catch fish specimens and take video footage of life at the bottom of the ocean.

On this latest expedition to the Atacama Trench in the SE Pacific off the coast of Peru and Chile, the team deployed their baited camera system 27 times from 2537 to the deepest point, Richard’s Deep, at just over 8000 metres. More than 100 hours of video and 11,468 photographs were taken at the seabed.

As well as the snailfish, the team also filmed some astonishingly rare footage of long-legged isopods, known as Munnopsids, which are about the size of an adult hand. These crustaceans have small bodies, extraordinarily long legs and swim backwards and upsides down, propelling themselves with paddles on their ventral side – their ‘tummies’ - before righting themselves on the seafloor and spreading their long walking legs out like a spider.

“We don’t know what species of munnopsid these are but it’s incredible to have caught them in action in their natural habitat - especially the flip they do as they switch from swimming to walking mode,” says Thom.

The expedition to the Atacama Trench was funded by BMBF (for ship time) and the ERC project HADES (European Research Council Advanced Investigator Grant-Nr. 669947; “Benthic diagenesis and microbiology of hadal trenches”), the University of Southern Denmark and Max Planck Society and will be featured as part of the 2018 Challenger Conference being held at Newcastle University September 10-14.

Full details of the programme, keynote speakers and research being presented can be found at https://conferences.ncl.ac.uk/challenger-2018/