Analysis of bones, from what was once the world's largest bird, has revealed that humans arrived on the tropical island of Madagascar more than 6,000 years earlier than previously thought - according to a study published today, 12 September 2018, in the journal Science Advances.

A team of scientists led by international conservation charity ZSL (Zoological Society of London) discovered that ancient bones from the extinct Madagascan elephant birds (Aepyornis and Mullerornis) show cut marks and depression fractures consistent with hunting and butchery by prehistoric humans. Using radiocarbon dating techniques, the team were then able to determine when these giant birds had been killed, reassessing when humans first reached Madagascar.

Disarticulation marks on the base of the tarsometatarsus. These cut marks were made when removing the toes from the foot 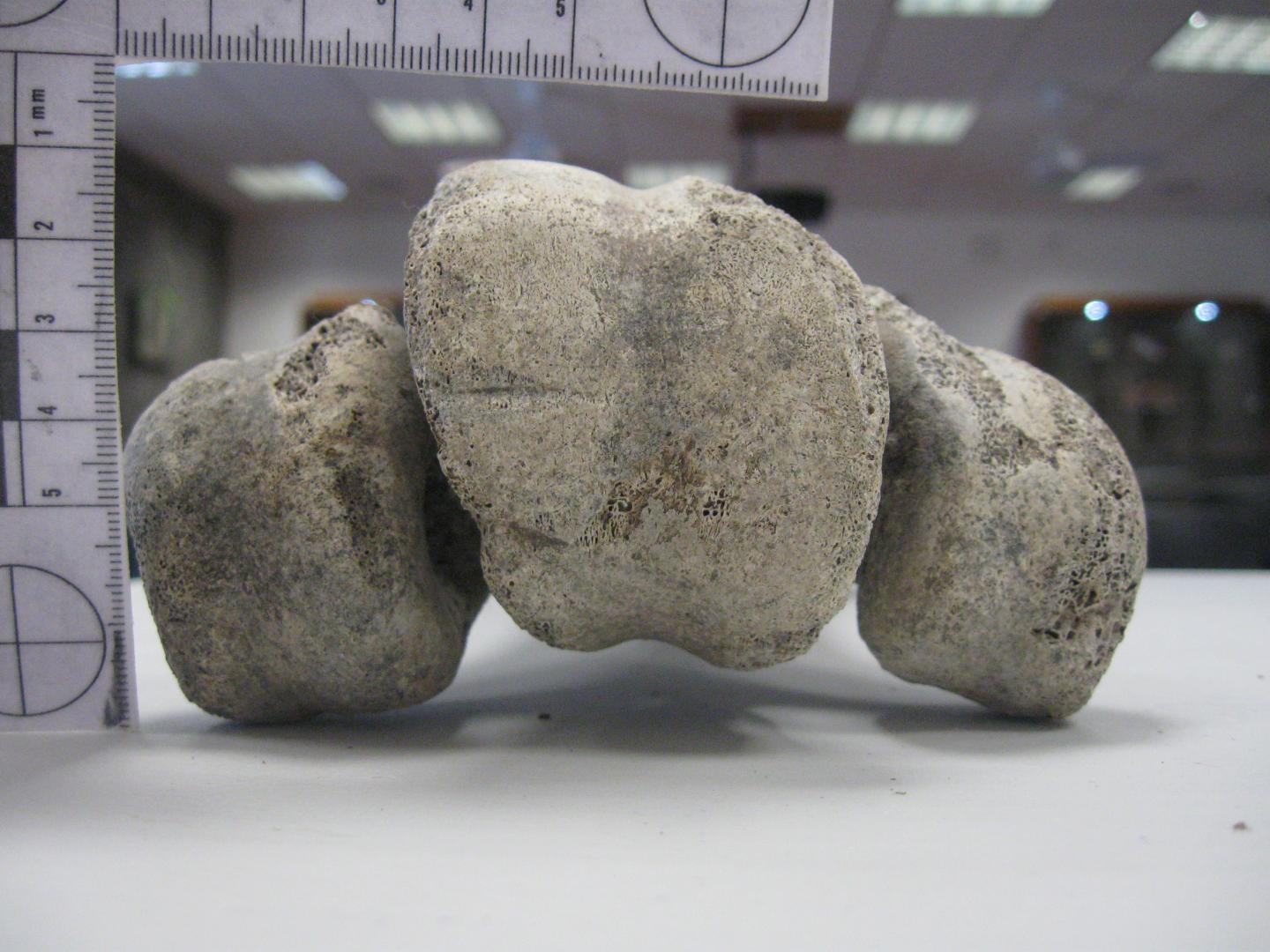 Previous research on lemur bones and archaeological artefacts suggested that humans first arrived in Madagascar 2,400-4,000 years ago. However, the new study provides evidence of human presence on Madagascar as far back as 10,500 years ago - making these modified elephant bird bones the earliest known evidence of humans on the island.

Lead author Dr James Hansford from ZSL's Institute of Zoology said: "We already know that Madagascar's megafauna - elephant birds, hippos, giant tortoises and giant lemurs - became extinct less than 1,000 years ago. There are a number of theories about why this occurred, but the extent of human involvement hasn't been clear.

"Our research provides evidence of human activity in Madagascar more than 6,000 years earlier than previously suspected - which demonstrates that a radically different extinction theory is required to understand the huge biodiversity loss that has occurred on the island. Humans seem to have coexisted with elephant birds and other now-extinct species for over 9,000 years, apparently with limited negative impact on biodiversity for most of this period, which offers new insights for conservation today."

This chop mark would have been made with a large sharp tool. The clear straight line of the cut with no continued cracks indicate the mark was made on fresh bone and chopped into different cuts of meat. 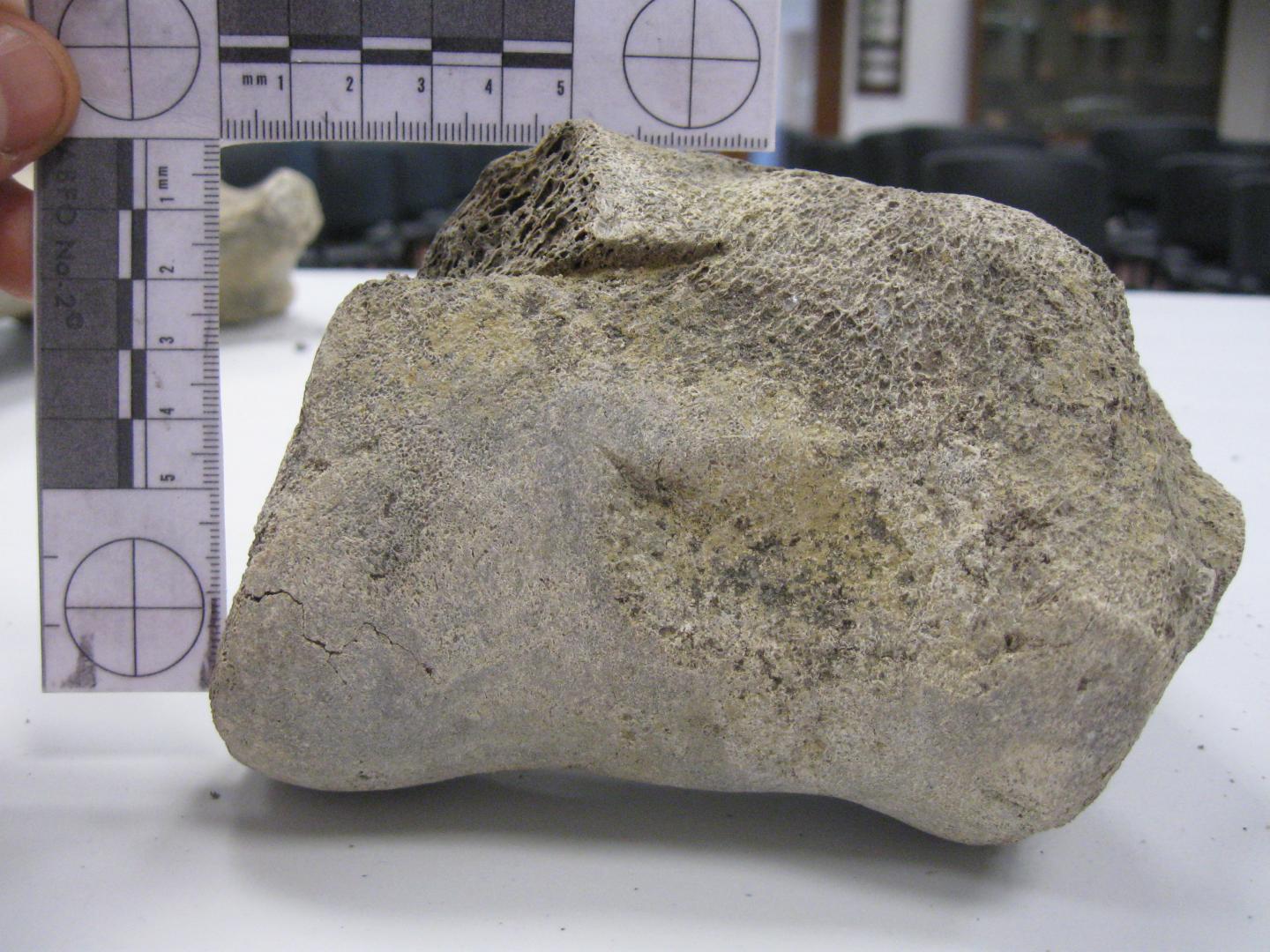 Co-author Professor Patricia Wright from Stony Brook University said: "This new discovery turns our idea of the first human arrivals on its head. We know that at the end of the Ice Age, when humans were only using stone tools, there were a group of humans that arrived on Madagascar. We do not know the origin of these people and won't until we find further archaeological evidence, but we know there is no evidence of their genes in modern populations. The question remains - who these people were? And when and why did they disappear?"

The bones of the elephant birds studied by this project were originally found in 2009 in Christmas River in south-central Madagascar - a fossil 'bone bed' containing a rich concentration of ancient animal remains. This marsh site could have been a major kill site, but further research is required to confirm.

The extinct elephant birds were flightless megafaunal birds, which were once widespread on Madagascar. They weighed at least 500kg and stood at around 3m tall. It is thought that one of their giant eggs could have fed an entire family.

Close up of the disarticulation marks on the base of the tarsometatarsus. Here you can see the v-shaped tool mark and rough edges indicating a stone tool was used. 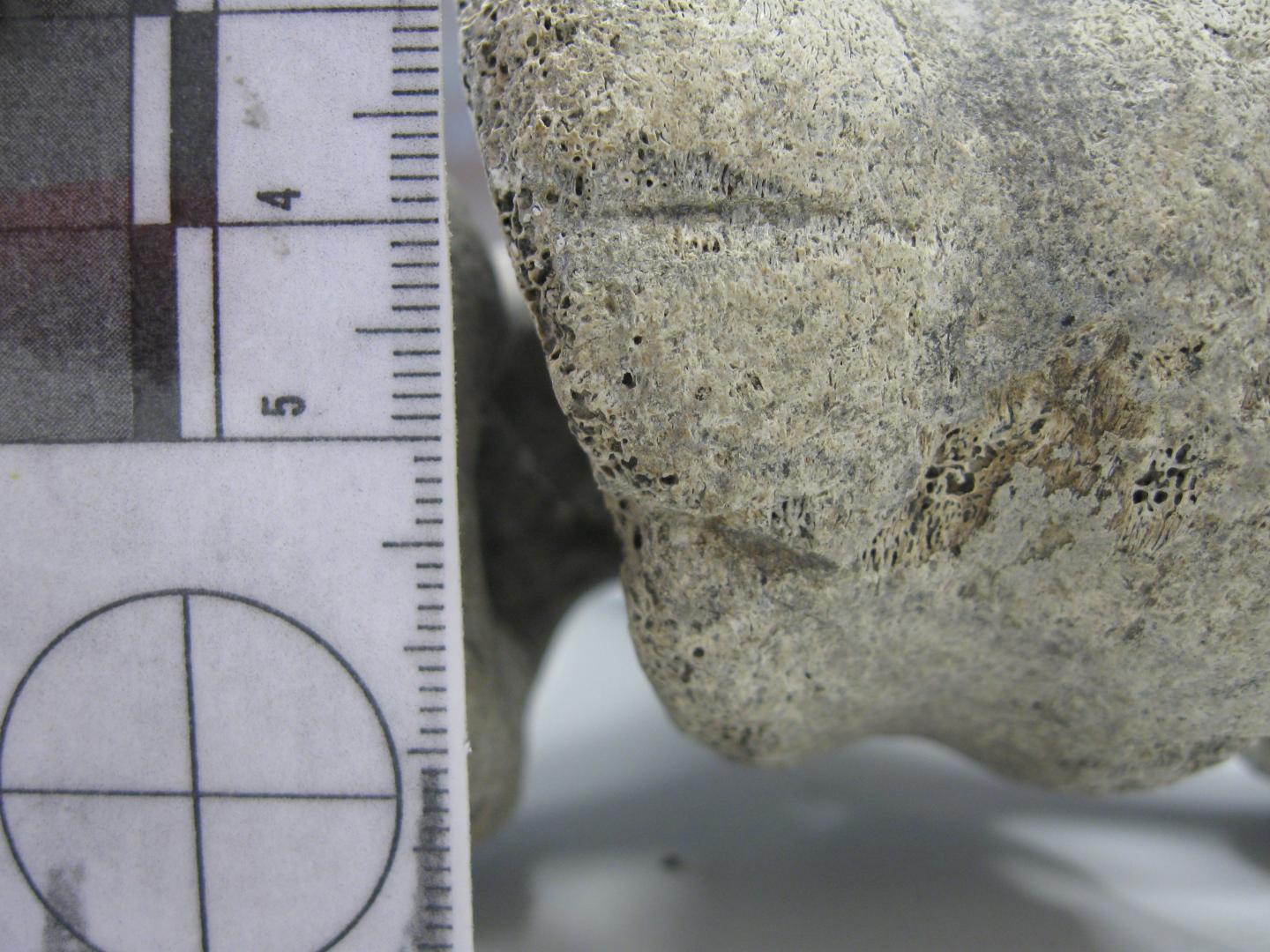