Pot Use Booming among Baby Boomers

Marijuana use is becoming more prevalent among middle-aged and older adults, with 9 percent of adults aged 50-64 and nearly 3 percent of adults 65 and older reporting marijuana use in the past year, according to a study by researchers at NYU School of Medicine and the Center for Drug Use and HIV/HCV Research (CDUHR) at NYU Rory Meyers College of Nursing.

The new findings, published online in the journal Drug and Alcohol Dependence, build on an earlier Addiction study by the same researchers to illustrate this growing trend among baby boomers.

Attitudes towards marijuana use are changing in the U.S., with a growing number of states legalizing medical and recreational marijuana. Although marijuana users are more likely to be young adults, the baby boomer generation is unique, having more experience with recreational use of drugs than previous generations.

“The baby boomer generation grew up during a period of significant cultural change, including a surge in popularity of marijuana in the 1960s and 1970s. We’re now in a new era of changing attitudes around marijuana, and as stigma declines and access improves, it appears that baby boomers—many of whom have prior experience smoking marijuana—are increasingly using it,” said lead author Benjamin Han, MD, MPH, an assistant professor in the Department of Medicine’s Division of Geriatric Medicine and Palliative Care and Department of Population Health at NYU Langone Health.

In this study, the researchers analyzed responses from 17,608 adults aged 50 and older from the 2015-2016 National Survey on Drug Use and Health. Participants were asked about marijuana use, including when they first used it and whether they used it in the past year. The researchers also looked at respondents’ demographics and several health factors, including other substance use and chronic disease.

When people first started using marijuana varied by age group. Nearly all adults aged 50-64 (92.9 percent), but only roughly half of adults 65 and older (54.7 percent), first used marijuana when they were 21 years of age or younger.

“Most baby boomers who recently used marijuana first used as teens during the 1960s and 1970s. This doesn’t mean these individuals have been smoking marijuana for all these years, but most current users are by no means new initiates,” said CDUHR researcher Joseph Palamar, PhD, MPH, the study’s senior author and an associate professor in the Department of Population Health at NYU Langone Health.

In addition, some adults who used marijuana in the past year (15 percent of users aged 50-64 and 22.9 percent of those 65 and older) reported that a doctor had recommended it to them, reflecting the substantial use of marijuana for medical purposes.

Marijuana use is becoming more prevalent among middle-aged and older adults. 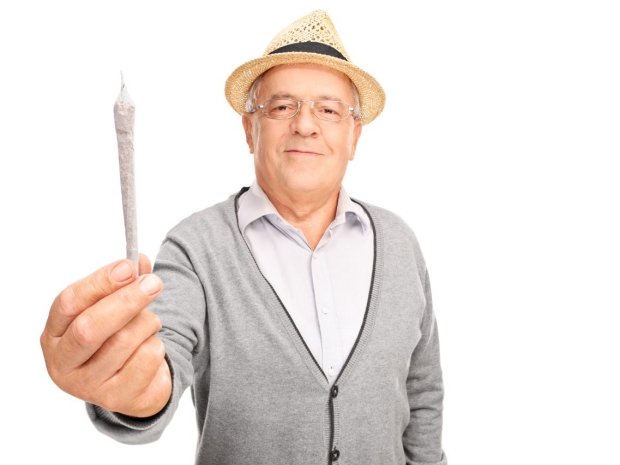 A concerning finding from the study was the correlation between marijuana use and other unhealthy substance use. Adults who used marijuana were more likely to also report alcohol use disorder, nicotine dependence, cocaine use, and misuse of prescription medications (including opioids and sedatives) than non-users.

“Marijuana has been shown to have benefits in treating certain conditions that affect older adults, including neuropathic pain and nausea. However, certain older adults may be at heightened risk for adverse effects associated with marijuana use, particularly if they have certain underlying chronic diseases or are also engaged in unhealthy substance use,” said Han, who is also a CDUHR researcher.

Because using multiple drugs may have additive adverse effects—for instance, simultaneously using marijuana and alcohol can be detrimental for cognitive and motor functioning—the researchers suggest that clinicians screen older patients who use marijuana for other substance use to ensure they are educated on the potential risks of using multiple drugs, especially concurrently.