Famous Theory of the Living Earth Upgraded to ‘Gaia 2.0’

A time-honored theory into why conditions on Earth have remained stable enough for life to evolve over billions of years has been given a new, innovative twist.

For around half a century, the ‘Gaia’ hypothesis has provided a unique way of understanding how life has persisted on Earth.

It champions the idea that living organisms and their inorganic surroundings evolved together as a single, self-regulating system that has kept the planet habitable for life – despite threats such as a brightening Sun, volcanoes and meteorite strikes.

However, Professor Tim Lenton from the University of Exeter and famed French sociologist of science Professor Bruno Latour are now arguing that humans have the potential to ‘upgrade’ this planetary operating system to create “Gaia 2.0”.

The original Gaia Theory was developed in the late 1960’s by James Lovelock, a British scientist and inventor. 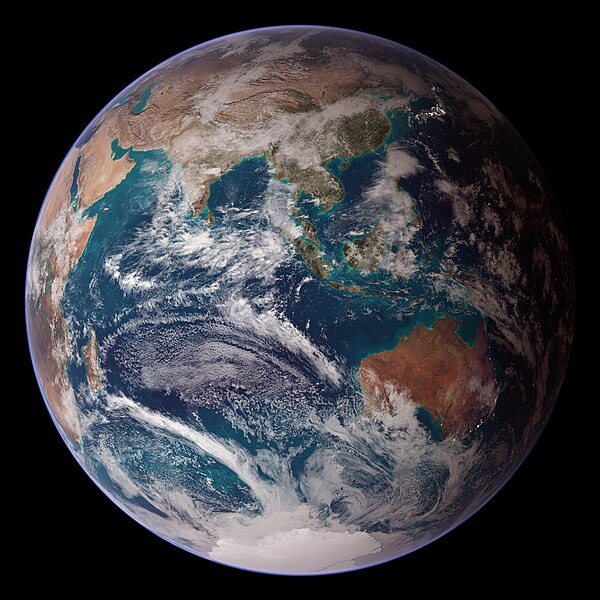 They believe that the evolution of both humans and their technology could add a new level of “self-awareness” to Earth’s self-regulation, which is at the heart of the original Gaia theory.

As humans become more aware of the global consequences of their actions, including climate change, a new kind of deliberate self-regulation becomes possible where we limit our impacts on the planet.

Professors Lenton and Latour suggest that this “conscience choice” to self-regulate introduces a “fundamental new state of Gaia” – which could help us achieve greater global sustainability in the future.

However, such self-aware self-regulation relies on our ability to continually monitor and model the state of the planet and our effects upon it – and that capability is currently under threat from political moves in the United States.

Professor Lenton, Director of Exeter’s new Global Systems Institute, said: “If we are to create a better world for the growing human population this century then we need to regulate our impacts on our life support-system, and deliberately create a more circular economy that relies – like the biosphere – on the recycling of materials powered by sustainable energy.”

The original Gaia Theory was developed in the late 1960’s by James Lovelock, a British scientist and inventor. It suggested that both the organic and inorganic components of Earth evolved together as one single, self-regulating system which can control global temperature and atmospheric composition to maintain its own habitability.

The new perspective article is published in leading journal Science on September 14, 2018.

It follows recent research, led by Professor Lenton, which offered a fresh solution to how the Gaia hypothesis works in real terms: Stability comes from “sequential selection” in which situations where life destabilises the environment tend to be short-lived and result in further change until a stable situation emerges, which then tends to persist.

Once this happens, the system has more time to acquire further properties that help to stabilise and maintain it – a process known as “selection by survival alone”.