BUFFALO Charges Towards The Earliest Galaxies

The NASA/ESA Hubble Space Telescope has started a new mission to shed light on the evolution of the earliest galaxies in the Universe. The BUFFALO survey will observe six massive galaxy clusters and their surroundings. The first observations show the galaxy cluster Abell 370 and a host of magnified, gravitationally lensed galaxies around it. 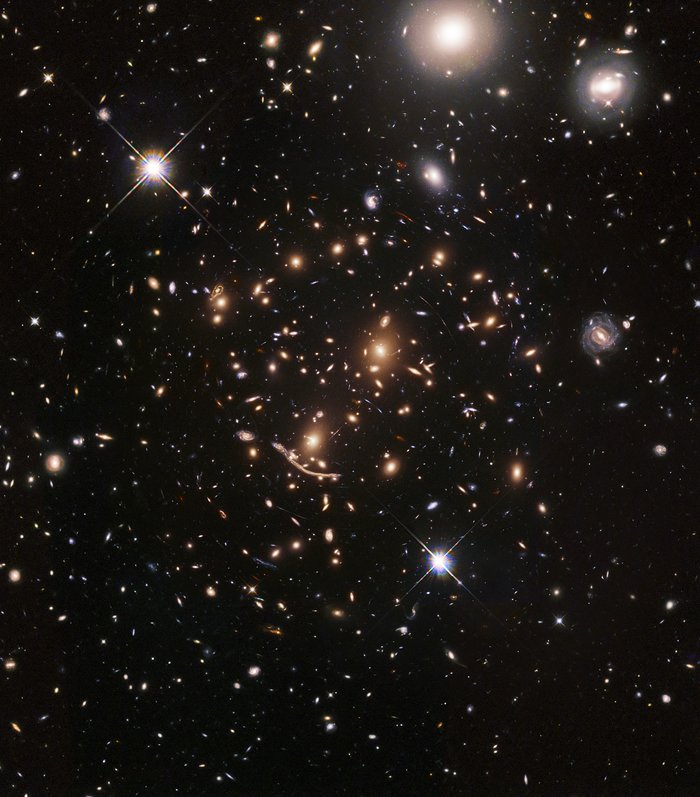 Learning about the formation and evolution of the very first galaxies in the Universe is crucial for our understanding of the cosmos. While the NASA/ESA Hubble Space Telescope has already detected some of the most distant galaxies known, their numbers are small, making it hard for astronomers to determine if they represent the Universe at large.

Massive galaxy clusters like Abell 370, which is visible in this new image, can help astronomers find more of these distant objects. The immense masses of galaxy clusters make them act as cosmic magnifying glasses. A cluster’s mass bends and magnifies light from more distant objects behind it, uncovering objects otherwise too faint for even Hubble’s sensitive vision. Using this cosmological trick — known as strong gravitational lensing — Hubble is able to explore some of the earliest and most distant galaxies in the Universe.


This video begins with an image of the constellation Cetus, the Sea Monster, then zooms into galaxy cluster Abell 370. Located approximately 4 billion light-years away, the immense cluster is a rich mix of galaxy shapes. Arcs of blue light entangled among the galaxies are actually distorted images of remote galaxies behind the cluster. These far-flung galaxies are too faint for the Hubble Space Telescope to see directly, but the massive gravitational field of the foreground cluster acts as a huge lens that magnifies and stretches images of background galaxies like a funhouse mirror.

Numerous galaxies are lensed by the mass of Abell 370. The most stunning demonstration of gravitational lensing can be seen just below the centre of the cluster. Nicknamed “the Dragon”, this extended feature is made up of a multitude of duplicated images of a spiral galaxy which lies beyond the cluster. 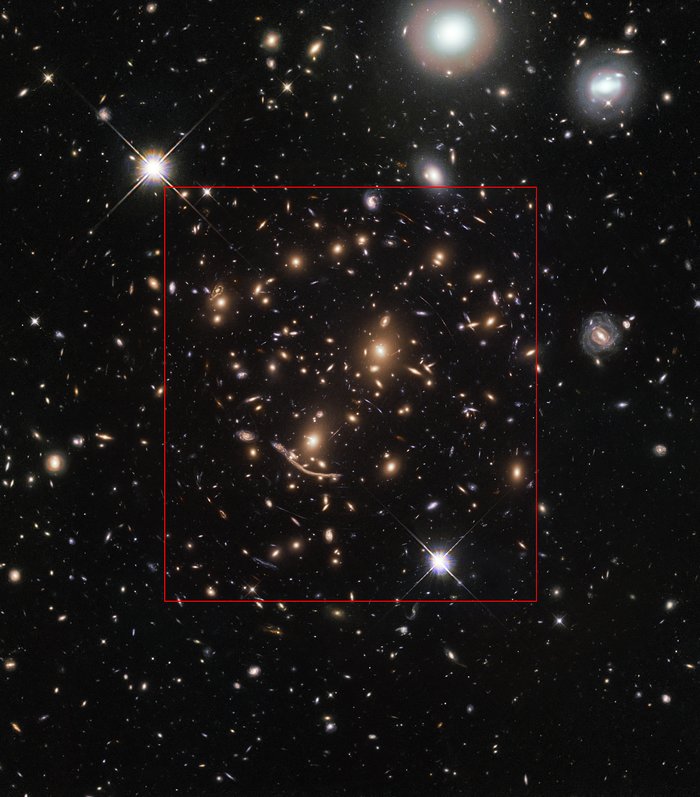 This image of Abell 370 and its surroundings was made as part of the new Beyond Ultra-deep Frontier Fields And Legacy Observations (BUFFALO) survey. This project, led by European astronomers from the Niels Bohr Institute (Denmark) and Durham University (UK), was designed to succeed the successful Frontier Fields project [1]. 101 Hubble orbits — corresponding to 160 hours of precious observation time — have been dedicated to exploring the six Frontier Field galaxy clusters. These additional observations focus on the regions surrounding the galaxy clusters, allowing for a larger field of view.

BUFFALO’s main mission, however, is to investigate how and when the most massive and luminous galaxies in the Universe formed and how early galaxy formation is linked to dark matter assembly. This will allow astronomers to determine how rapidly galaxies formed in the first 800 million years after the Big Bang — paving the way for observations with the upcoming NASA/ESA/CSA James Webb Space Telescope.

Driven by the Frontier Fields observations, BUFFALO will be able to detect the most distant galaxies approximately ten times more efficiently than its progenitor programme. The BUFFALO survey will also take advantage of other space telescopes which have already observed the regions around the clusters. These datasets will be included in the search for the first galaxies.

The extended fields of view will also allow better 3-dimensional mapping of the mass distribution — of both ordinary and dark matter — within each galaxy cluster. These maps help astronomers learn more about the evolution of the lensing galaxy clusters and about the nature of dark matter.
Notes

[1] Frontier Fields was a Hubble programme that ran from 2013 to 2017. Hubble spent 630 hours of observation time probing six notable galaxy clusters, all of which showed effects of strong gravitational lensing.
More information